Hamilton wins from behind to reclaim championship lead from Vettel

Sebastian Vettel appeared poised for a lights to flag victory during the 2018 German Grand Prix. However, elation soon turned into disaster for the Ferrari driver when the rain drenched the Hockenheimring.

Vettel was leading the German Grand Prix and it was starting to look like yet another ho-hum race in the season. The rain, and perhaps the racing gods, had other plans. The slick track saw a rare mistake from Vettel, locking up his rear brakes, then the front brakes. He then speared into the wall and was out of the race. Picking up the pieces was Lewis Hamilton, who had made up significant ground as he made yet another recovery drive from the back of the pack.

Hamilton had started all the way from 14th place but had made his way to the top five by the halfway point. He was battling backmarkers, as well as lap-down cars in a bid to at least finish in the top five. With epic dives and Mercedes-AMG power, Hamilton was slowly becoming a contender for the win. He had also managed his tires to stay out as long as possible, passing other cars as they pitted.

When the rain sprinkled on the track, Mercedes-AMG made the bold strategy of putting on slicks, rather than intermediates (light rain tires) as they reckoned the rain wouldn't be that strong. The rest of the field however, scrambled back to the pits and opted to go for semi-slick tires instead. This allowed Hamilton to gain even more track position. 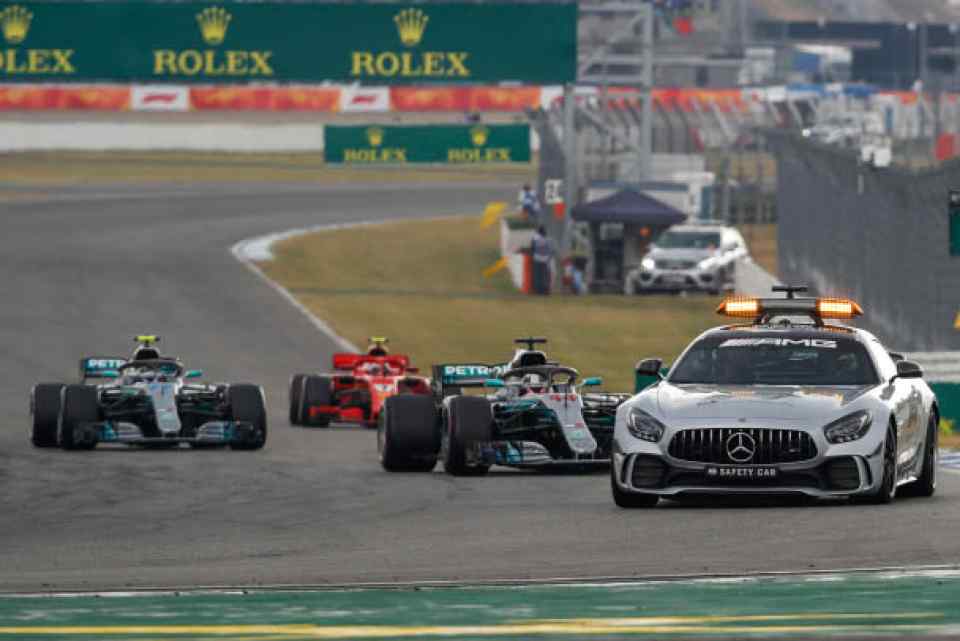 It was impeccable timing for Mercedes-AMG as Kimi Raikkonen had pitted, putting Hamilton in front. On top of that, Vettel's crash had put Hamilton out in front, with team mate Valtteri Bottas just behind him in second. On top of that, the safety car was brought out, equalizing the field.

However, Hamilton's challenge wasn't over just yet. Running on slicks, his tires were cold while Bottas was ready to race with his intermediates. When racing resumed, Bottas mounted a charge on Hamilton but was quickly ordered to 'hold position' instead. With Bottas holding off third place runner Raikkonen, Hamilton was able to create a sizable buffer between him and everyone.

Hamilton was then cautioned that rain will hit the track with just two laps to go. In response, Hamilton drove as fast as he could, setting a lap record on a damp track while on slicks. He crossed the line uncontested, leading a Mercedes-AMG 1-2 finish in front of their home crowd. Raikkonen eventually finished third, rounding up the podium. 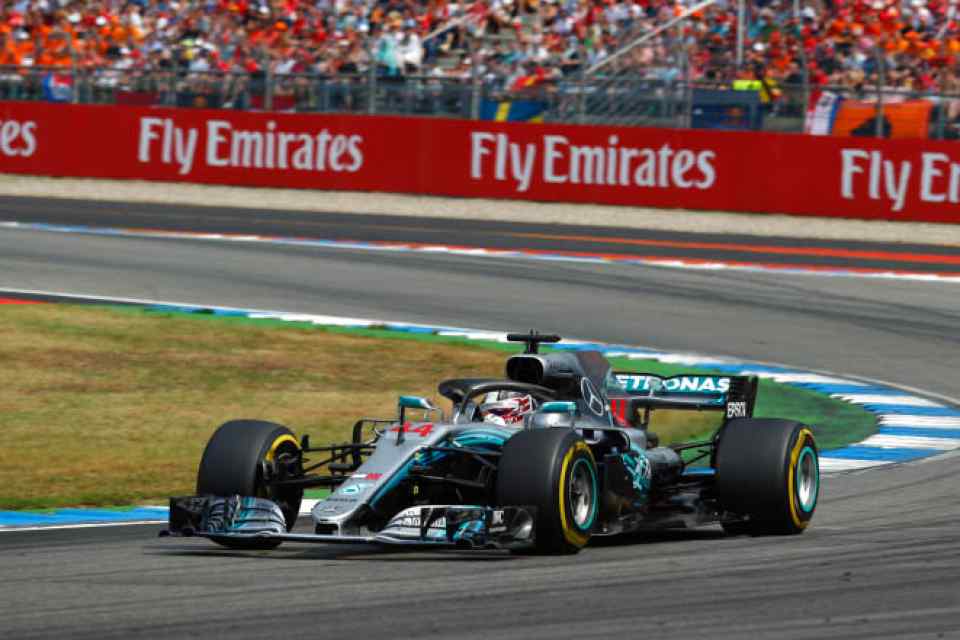 With this win, Hamilton is back on top of the championship standings and the 1-2 finish also helps Mercedes-AMG in their bid to win the constructors championship. He is now 17 points ahead of Vettel who scored no points as he failed to finish. Needless to say, the 2018 Formula 1 championship is still as heated as ever as the season reaches its halfway point.

Valtteri Bottas will continue to race for Mercedes in 2019