Hamilton closes the gap for the championship lead

Yet another Mercedes-AMG won a Grand Prix but this time, it's Lewis Hamilton who took the top step of the podium. It was a battle of pit strategies which the Silver Arrows won out in the end after it appeared the Sebastian Vettel was on course for another win. 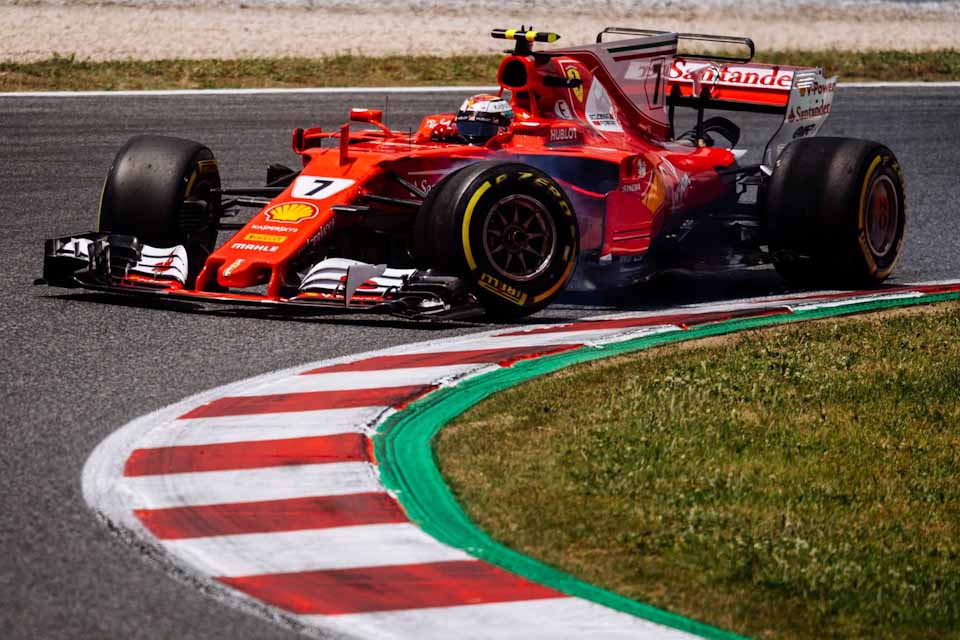 It was chaos when the race started with a cluster of cars coming into contact at the first turn. Valtteri Bottas tagged the rear wheel of Kimi Raikkonen, sending the Ferrari driver into Max Verstappen. The impact broke the suspension of both Raikkonen and Verstappen, forcing both to retire from the race. The crash forced many to take evasive action which resulted in Felipe Massa to get a puncture and Fernando Alonso to do a spot of rallying as he tried to rejoin the track. As cars scrambled to get back on track, it would be Vettel to take the lead and began to slowly pull away from Hamilton.

As the dust settled, Ferrari opted for an undercut strategy, allowing Hamilton to regain the lead. A few laps after Vettel pitted, it would be Hamilton's turn to come in for a fresh set of tires. There was drama on the pit lane as Kevin Magnussen and Carlos Sainz Jr. came within inches from hitting each other. Magnussen's exit forced Sainz Jr. on to the grass with little room to spare. 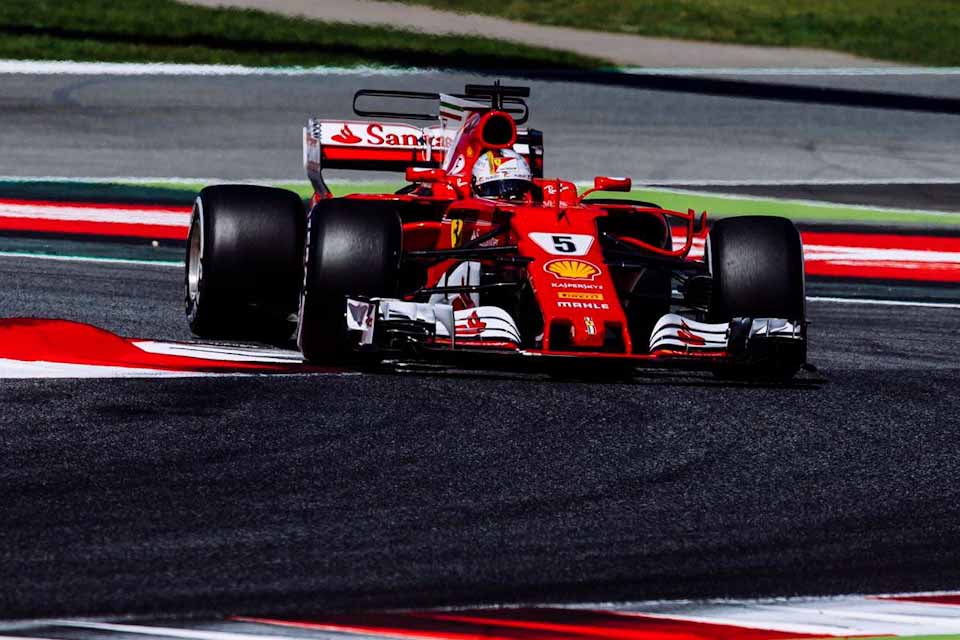 While in the pits, Hamilton lost his lead to team mate Bottas and quickly closing in was Vettel with a fresh set of soft tires. Bottas did his best to defend his position with a series of aggressive blocks on Vettel. With a better exit and aided by DRS, Vettel juked left and right on the main straight as Bottas tried yet another block. It forced the Ferrari driver on to the grass but was able to make the pass stick when they reached the first corner. The race went on cleanly for a couple more laps until Stoffel Vandoorne slammed into the side of Massa. Like the incident with Raikkonen and Verstappen, the contact was enough for Vandoorne's car to break its suspension. The incident brought out the virtual safety car.

Hamilton pitted during the virtual safety car period, effectively undercutting Vettel. Vettel went in two laps later and by the time he exited the pits, the two were neck and neck before the first turn. Vettel was able to hold on to the lead but Hamilton kept on piling the pressure on the Ferrari. A lap later, Bottas would retire from the race with a blown engine. This allowed Daniel Ricciardo to move up to third place. With no one around the surviving Red Bull, Ricciardo kept his pace to stay over a minute ahead of the pair of Force Indias behind. 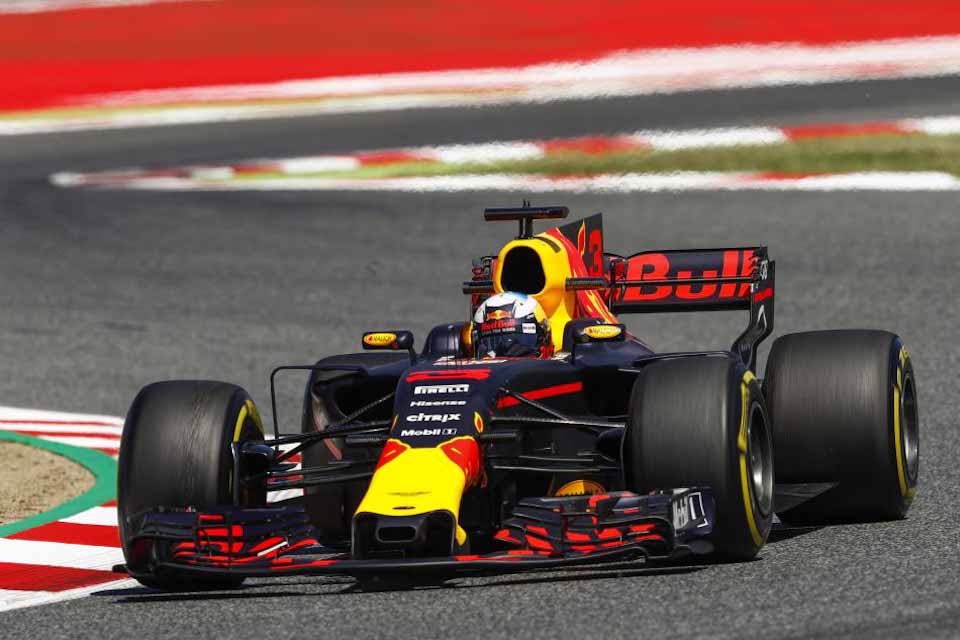 With more grip from his soft tires, Hamilton regrouped to close in on Vettel, who was running on mediums. Hamilton made his move on lap 44 and was able to complete the DRS-assisted pass on the Ferrari. From the next 22 laps, Hamilton would be unchallenged. Meanwhile at the back of the grid, Magnussen and Kvyat would run into each other. Magnussen attempted to dive on the inside of Kvyat but ended up slamming against the latter's side pods. As a result, Magnussen suffered a puncture and quickly dropped out of pace. 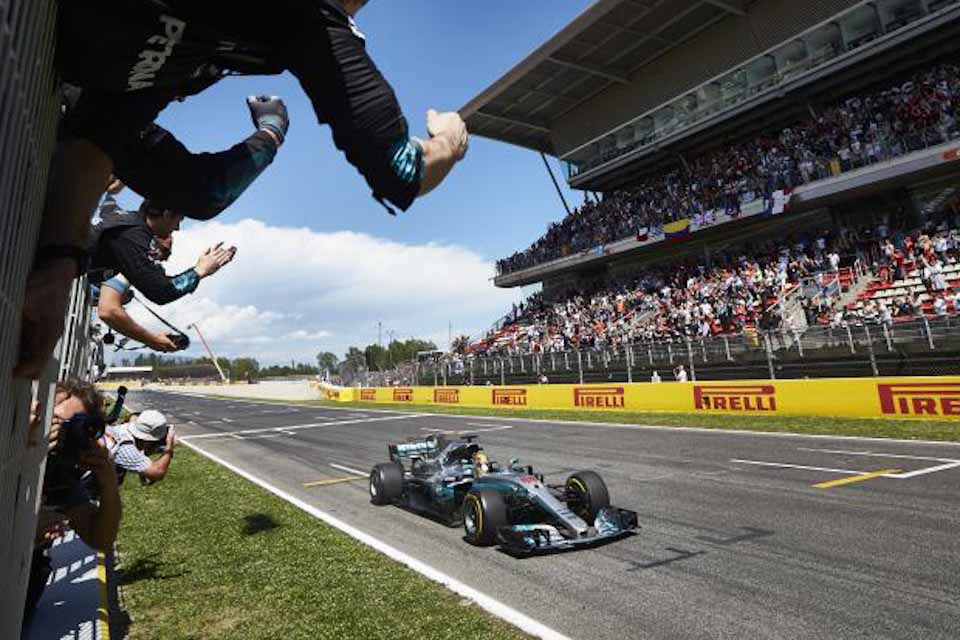 Hamilton continued pushing right up until the checkered flag was waved. Initially, Vettel was able to keep up to Hamilton's pace but the limited grip of the medium compound tires held him back. He was also temporarily held up by Massa, who was a lap down. Hamilton crossed the line over four seconds ahead of Vettel. Meanwhile, Daniel Ricciardo cruised to a third place finish, being the last car on the lead lap.

Force India continues their string of strong finishes with Sergio Perez in fourth and Esteban Ocon in fifth. It was also a good day for Nico Hulkenberg with a sixth place finish. Carlos Sainz Jr crossed the line in seventh after a hard fought battle with Pascal Wehrlein. Werhlein was supposed to finish ahead of Sainz Jr. but a pitlane infracture dropped him down to eighth. Kvyat was able to limp the wounded Toro Rosso to ninth while Romain Grosjean rounded up the top ten.

Mercedes-AMG set for another dominant year in F1?

Mercedes-AMG isn't telling anyone what they've changed, but expect wins from their new car

Ferrari back in top class of Le Mans