Reigning Formula 1 champion Lewis Hamilton has once again secured another victory for Mercedes-AMG F1 after dominating at this year's German Grand Prix at Hockenheim. Fellow teammate Nico Rosberg dropped down from pole position after suffering a poor start. This allowed Red Bull Racing duo, Max Verstappen and Daniel Ricciardo, to move up to second and third place early on in the race.

Rosberg was stuck in fourth and had to hold off Ferrari drivers Sebastien Vettel and Kimi Raikkonen who were at fifth and sixth respectively. After getting the most out of their starting tires, the drivers then hit the pits to have them replaced with super-softs for better grip. 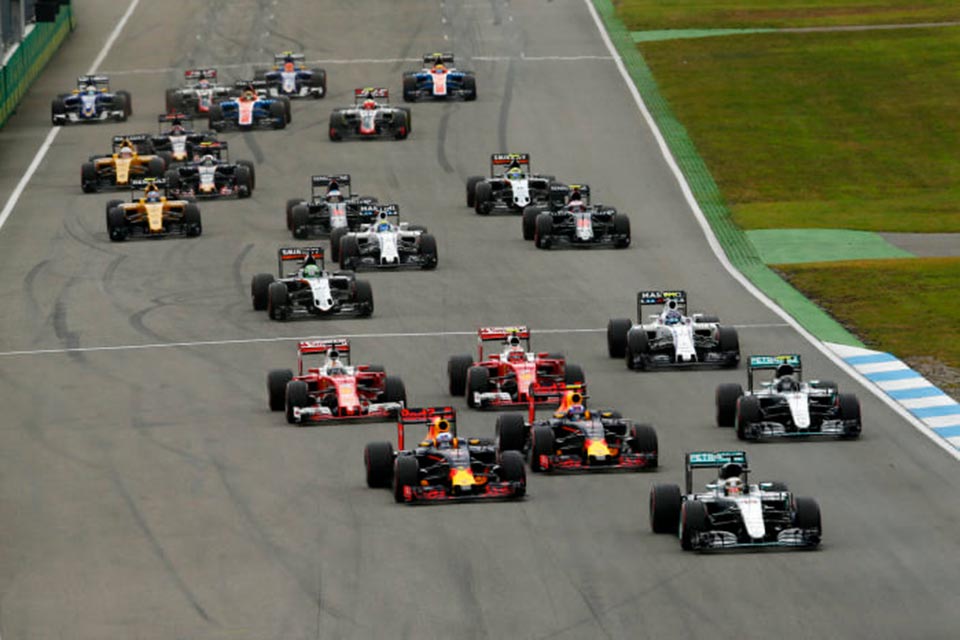 At the end of lap 27, Rosberg had to make a pitstop to change to softs. Verstappen had the same plan and switched to soft-compounds on the next lap. Rosberg was eager to claim third place from Verstappen, who tried to block him out. The Dutch racing driver however braked late at the Spitzkehre hairpin, which allowed Rosberg to edge him out in the turn. Rosberg's move however, didn't sit well with Verstappen as he nearly went off the track.

“He pushed me off the track” cried Verstappen over the radio.

The move was investigated and Rosberg was slapped with a 5-second penalty for forcing Verstappen off the track. Rosberg did say that he was already at full-lock and had no more room to give.

“Can you tell them I was at full steering lock and I couldn’t steer more, argued Rosberg. He moved in braking, that was the big problem,” said Rosberg. 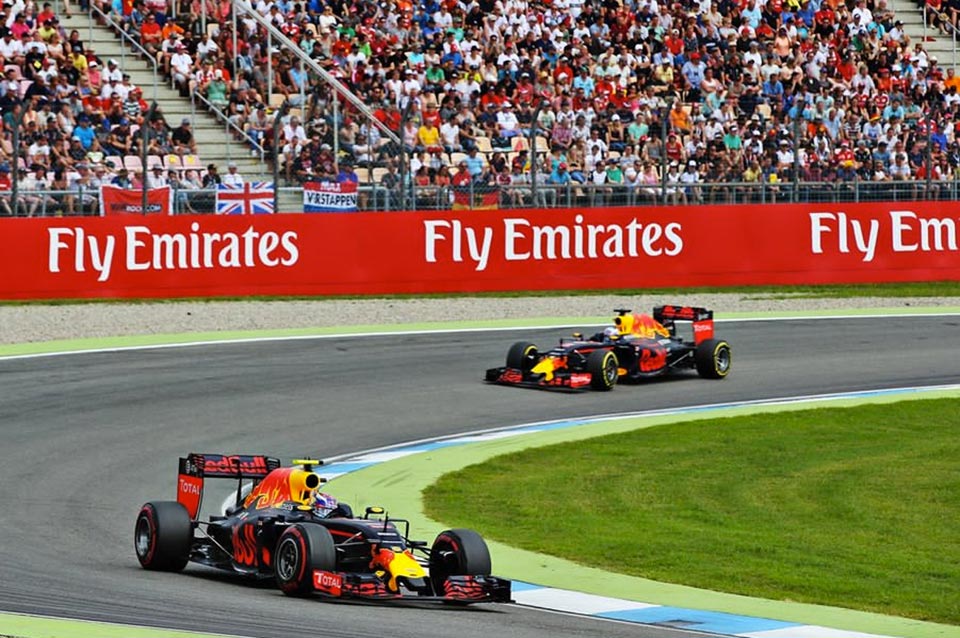 Vettel and Raikkonen were gunning for Hamilton but had to hit the pits again in lap 33 to change to softs. Hamilton was able to pit on the next lap, allowing himself to distance from the two drivers. Back to Rosberg, with the penalty in place, he dropped down again from the grid, which allowed Ricciardo and Verstappen to gain the upper hand again. Rosberg struggled to keep up but could not overtake the Red Bulls.

It was at the latter part of the race where Red Bull Racing showed they were a force to be reckoned with. With soft tires on all sides, Ricciardo and Verstappen maintained their 2-3 position. In the end, Red Bull Racing managed to secure second and third place. Down the line, Rosberg finished the race in fourth, while Ferrari drivers Vettel and Raikkonen completed the race at fifth and sixth place. 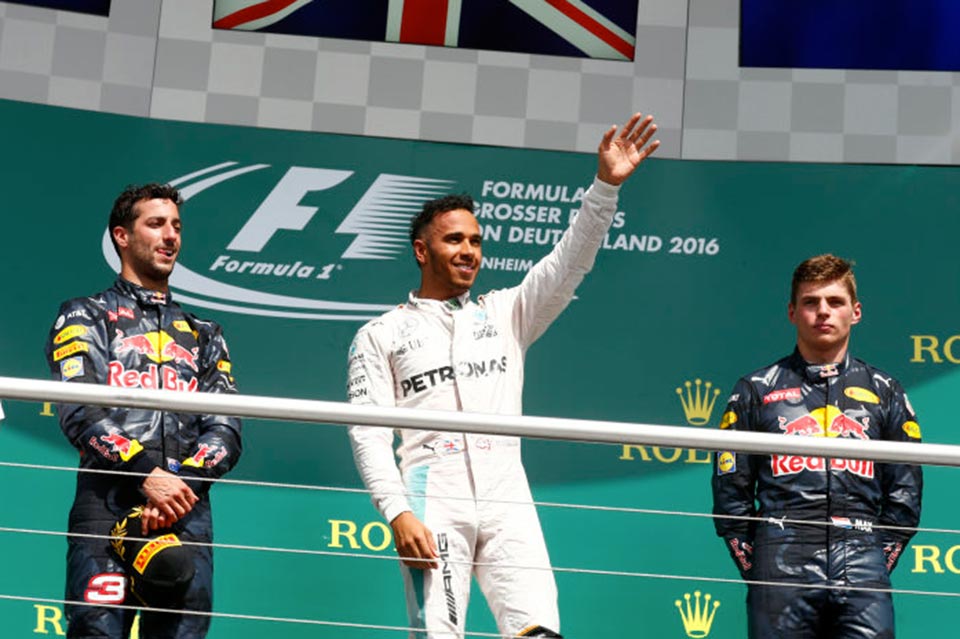 Hamilton maintains his overall lead with 217 points. Meanwhile fellow teammate Rosberg has 198 points. At third still is Ricciardo with 133 points.