Lewis Hamilton finds himself back at the top of the podium after dominating this year's Chinese Grand Prix. He showed a stellar performance even during qualifying, followed by leading every lap of the race despite the inclement weather a chaotic first ten laps.

It was a mad dash to the first turn in Shanghai with a lot of car shuffling positions. Vettel made an attempt to take on Hamilton in the next series of turns but the 2015 champ held his ground. Towards the end of the first lap, Sergio Perez and Lance Stroll clashed, sending the latter flying off into the sand trap. The incident brought out the virtual safety car, forcing everyone to slow down. Before the virtual safety car, Max Verstappen made up almost ten places after starting from seventeenth. 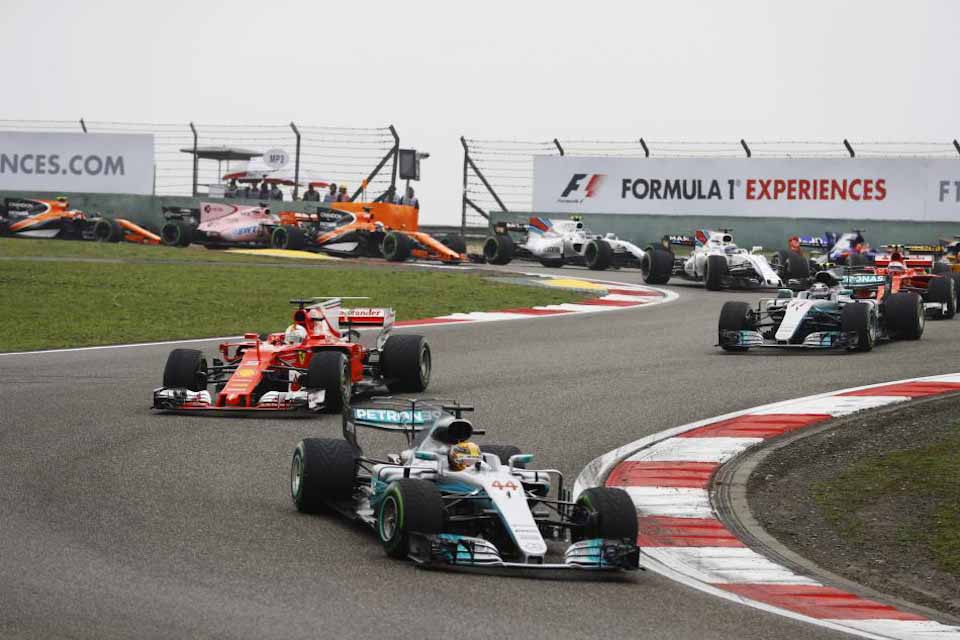 With the track drying up on some parts, some of the drivers were beginning to gamble with soft tires, one which was Hamilton. Then on lap four, Antonio Giovinazzi spun out on the main straight and slammed into the wall. The impact sent debris all over the main straight, forcing the deployment of the safety car. With the main straight still littered, the drivers were forced to drive through the pit lane, also meaning that a pitstop was not allowed. When the debris was cleared under the safety car, more drivers ducked in for their tire changes. Meanwhile, Hamilton's team mate Valtteri Bottas spun out on his own, dropping him outside the top ten. 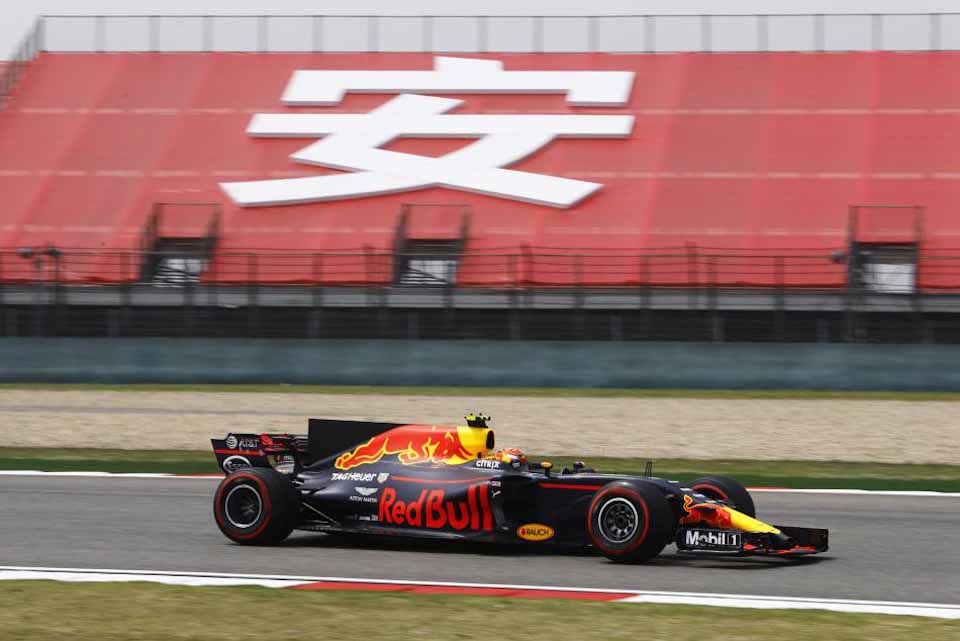 Hamilton's gamble paid off as he still ran on fresh tires and the safety car period kept his set of softs cold. When racing resumed, Hamilton pulled away from the pack while as Sebastian Vettel, Max Verstappen and Daniel Ricciardo has to drive hard to catch up to the leader. Verstappen was initially closing the gap to Hamilton but locked up his brakes and ran wide, allowing Vettel to sneak past the Red Bull driver.

In the middle of the field, Sergio Perez was making up for lost time following his collision with Stroll. A pit stop further slowed down his charge but made two daring moves on the Renaults of Joylon Palmer and Nico Hulkenberg. Vettel also made several lunges on other racers, namely Ricciardo and his own team mate, Raikkonen. Speaking of Raikkonen, his race was marred by power unit issues. The Finn complained about the lack of torque, particularly in the exit of turn 12. Ricciardo also had issues with his car, particularly with understeer. Despite that, he and Verstappen were fighting it out for third place. 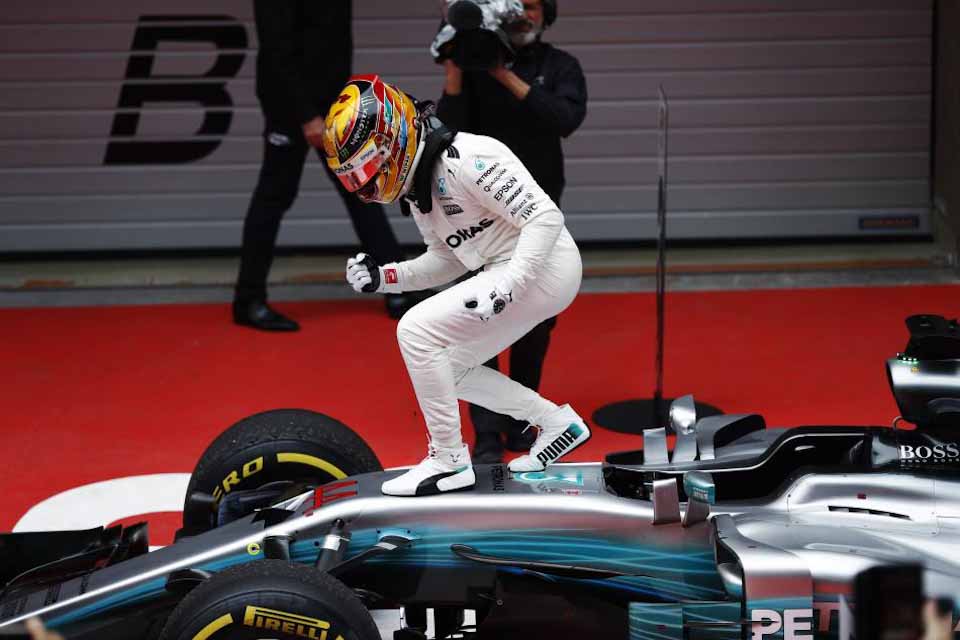 The positions would be largely unchanged until the end of the race. With a comfortable lead, Hamilton was able to preserve his car to take the checkered flag. Vettel also had a significant margin over third place to finish second. The last podium spot was a fight between the two Red Bulls but Verstappen stayed resilient to keep the position. Ricciardo finished fourth while Raikkonen was able to limp the car in fifth. Bottas recovered from his spin to finish sixth and in seventh was the Toro Rosso of Carlos Sain Jr. Kevin Magnussen, Sergo Perez and Esteban Ocon round up the top ten.

Malaysia says goodbye to Formula 1 this 2017

After hosting Formula 1 for 19 years, Malaysia bids farewell as 2017 will be its final race

How to check, evaluate, and test drive a Chinese car