2018 is starting to look like a repeat of the 2017 season as Sebastian Vettel bags yet another win with two races in the season. Vettel's win in Bahrain is his 49th in 200 starts and his fourth straight win in Bahrain, making him the most successful driver around the said track. While he won the race from pole, his latest career victory did not come easy after being chased by Mercedes-AMG's Valtteri Bottas. 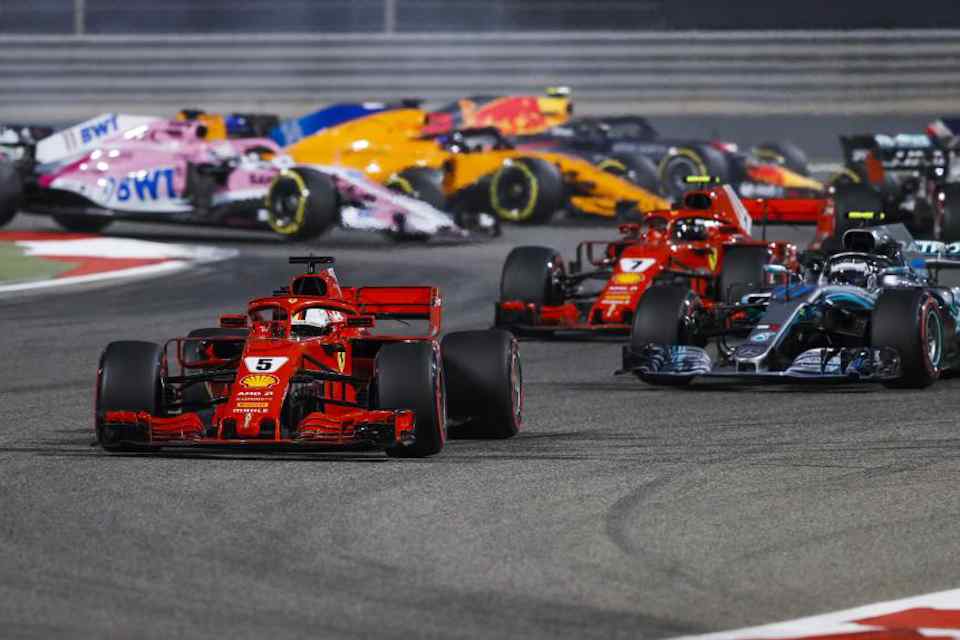 Determined to make the most of his pole position, Vettel made a rocket start when the five red lights went out. Also making a good start was team mate Kimi Raikkonen, hounding Bottas into turn one. Bottas was able to hold off Raikkonen but making a good impression was rookie Pierre Gasly, holding off seasoned drivers such as Kevin Magnussen, Esteban Ocon and Nico Hulkenberg. Meanwhile, defending champ Lewis Hamilton had his work cut out for him as a five-place grid penalty relegated him to ninth, meaning he had to do a lot of catching up.

On the second lap, Hamilton and Max Verstappen clashed, leaving Hamilton with minor damage and Verstrappen with a puncture. It wouldn't be the end of Red Bull Racing's drama as Daniel Ricciardo's car mysteriously shut off, forcing him to retire. With that, the safety car was called out to collect the field. 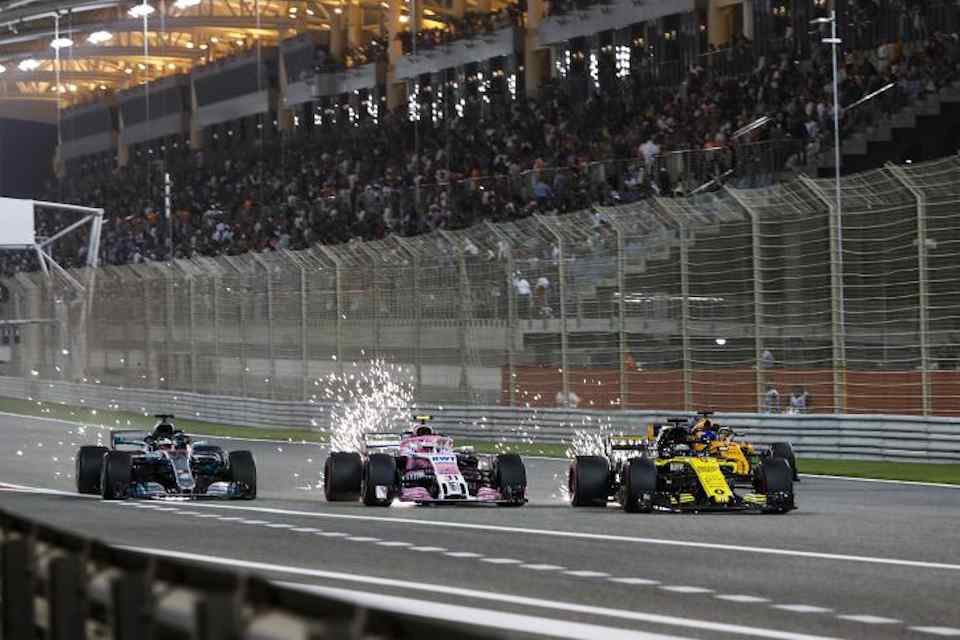 Racing resumed a few laps later with the top five of Vettel, Raikkonen, Bottas, Magnussen and Gasly making a clean getaway. Further back, the fight for sixth was heating up between Hulkenberg, Esteban Ocon, Fernando Alonso and Lewis Hamilton. Hulkenburg swooped around the outside of Ocon but both had a compromised exit. This allowed Alonso and Hamilton to close the gap to the two drivers. With Mercedes power, Hamilton stormed past Alonso and was primed to take on Hulkenberg and Ocon. Last year's champ then dove on the inside of the two, jumping three positions in the span of one corner.

The first cycle of pitstops happened just past the 20th lap and briefly saw Hamilton in the lead. Vettel eventually passed Hamilton again but at the expense of extra wear on his new tires. While Vettel stormed back in front, it would be a disastrous race for Raikkonen. During his stop, he was released too early and ended up striking his left rear tire changer by accident. The tire changer emerged from the incident with a broken leg and Raikkonen decided to retire from the race. Ferrari was later fined 50,000 Euros for the incident. 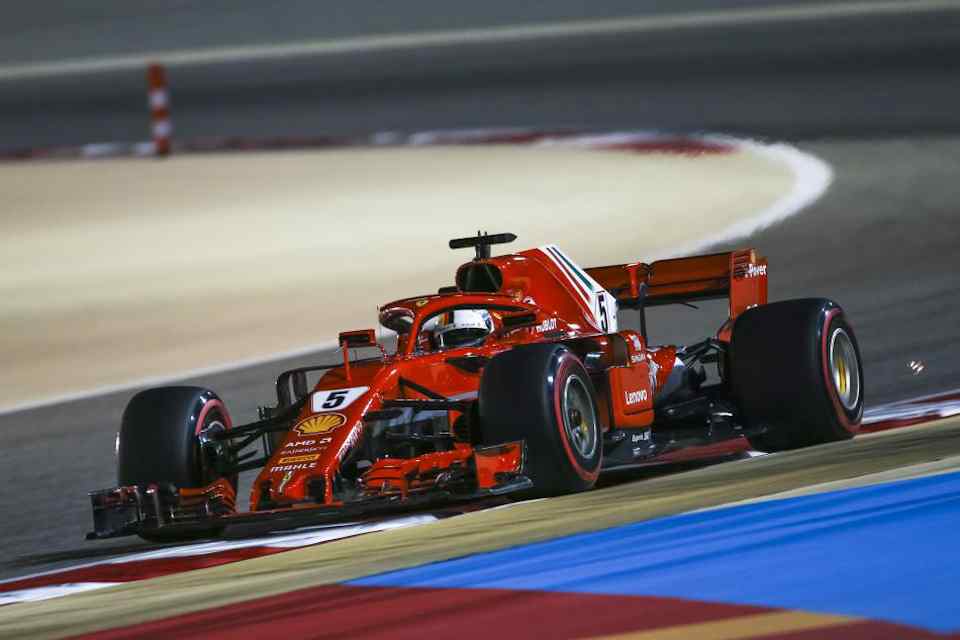 Fortunately, the rest of the race continued without incident but there was drama brewing in front. Ferrari had gambled with a one-stop strategy and the extra laps on Vettel's tires were starting to take its toll. Bottas began chewing away Vettel's five second lead as the latter had to nurse his car to the finish. On the penultimate lap Bottas was right in the rear wing of Vettel.

With worn tires, Vettel defended hard against Bottas, carving up the inside line and making the most of the Ferrari's engine. Eventually, he succeeded and bagged yet another win. Vettel went on to say that the tires were gone ten laps before the checkered flag, making the win all the more challenging. Also with a challenging race was Hamilton, who jumped from ninth to third, continuing his podium streak.