Following several botches to his race including a late safety car and severe tire disadvantage to Sebastian Vettel during the latter part of the race, Lewis Hamilton still manages to secure the win for this year's Belgian Grand Prix. With the win at Spa Francorchamps, Hamilton closes his gap to Vettel in championship points down to seven points – making the next several races crucial for both drivers.

After pulling a decent start from pole and managing a 1.7 second gap, Hamilton made his first stop on lap 12. With Vettel pitting two laps after, Hamilton was able to stretch the lead to two seconds by clearing the Ferrari of Kimi Raikkonen the lap before. Vettel was able to exploit a clearing in the field by closing his gap to the leading Mercedes by 1.2 seconds, allowing his Ferrari to get within DRS range. 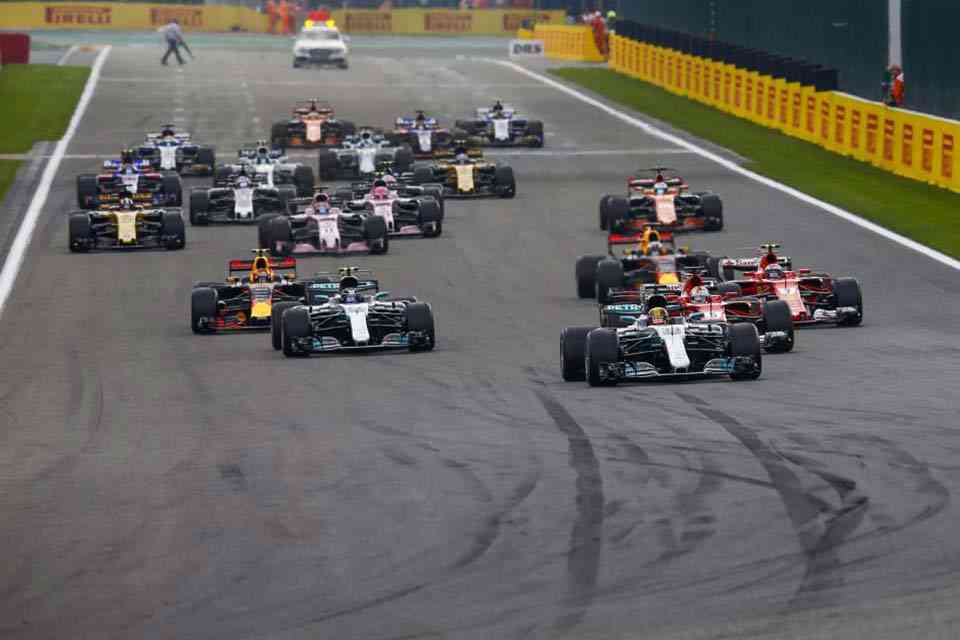 Despite that push, Hamilton was able to then stretch the gap again to two seconds – only for a safety car to deploy following a clash between Force India teammates Esteban Ocon and Sergio Perez on the approach to Eau Rouge. The contact between the two resulted in a severed front wing for Ocon and an unfortunate tire puncture on Perez's car.

With caution out, majority of the field decided to make for the pits. Hamilton opted for softs while Vettel made an aggressive choice for ultrasoft tires to gain an advantage. By the restart Hamilton had to defend against Vettel through Eau Rouge, Raidillon, and eventually as Vettel pulled alongside him on Les Combes. Despite this however, Hamilton found enough pace to stretch his gap outside of the DRS range eventually. By the checkered flag, the gap between the 1-2 finishers spread to 2.3 seconds. 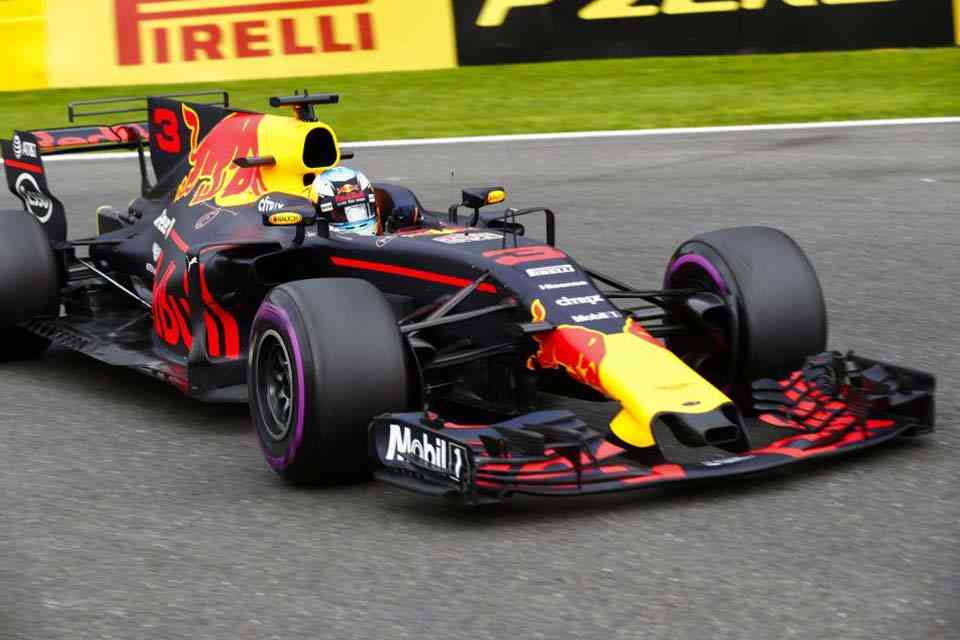 Rounding out the podium at 3rd is Daniel Ricciardo, who started at sixth but climbed his way to the last step despite having an underpowered Renault motor at Spa. His road to third place was mainly thanks to his teammate Max Verstappen whose car failed early on in the race exiting Eau Rouge. With the yellow flags out to clear the Red Bull, Kimi Raikkonen failed to slow down – meaning stewards had to hand him a 10-second stop and go penalty.

This put Ricciardo in fourth during the safety car; And with a fresh set of ultrasoft tires he was able to take third from Valtteri Bottas by diving into him at Les Combes. Raikkonen followed Ricciardo's move, stealing fourth away from Bottas as well. Bottas eventually finished fifth after keeping a solid third prior to the safety car. 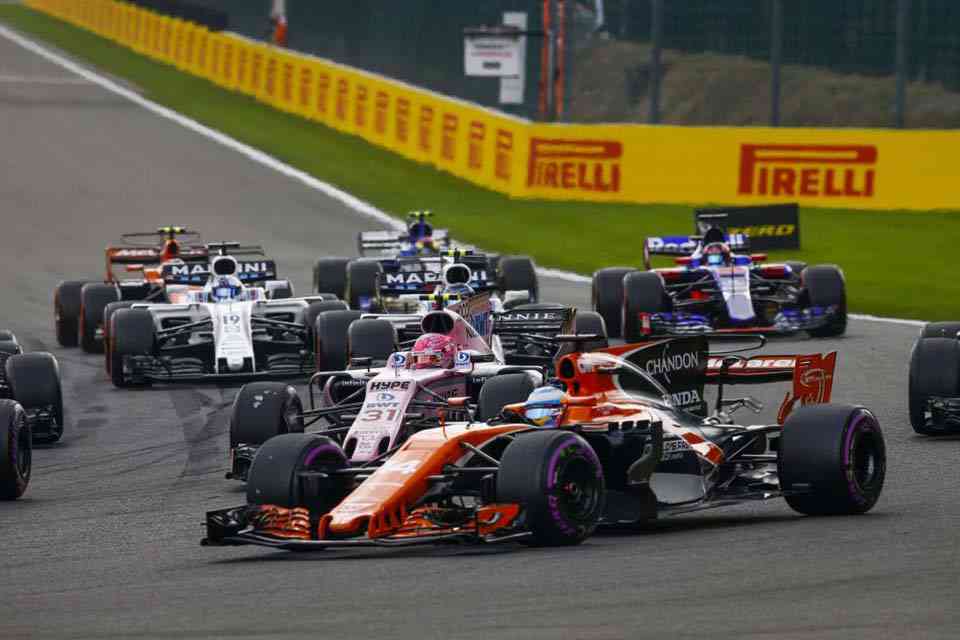 Hulkenberg took sixth for Renault after a quiet but well executed drive, while Grosjean and Felipe Massa were able to turn the race's mayhem to their favor by finishing seventh and eighth. Ocon was able to recover from his mishap with teammate Perez and finished ninth, while Carlos Sainz took the last point scoring position for the race.

Sebastien Vettel is still at the lead in the driver standings with 220 points. Close behind him is Lewis Hamilton who now has 213 points. At third is fellow Mercedes-AMG F1 driver Valterri Bottas who has accumulated 179 points. 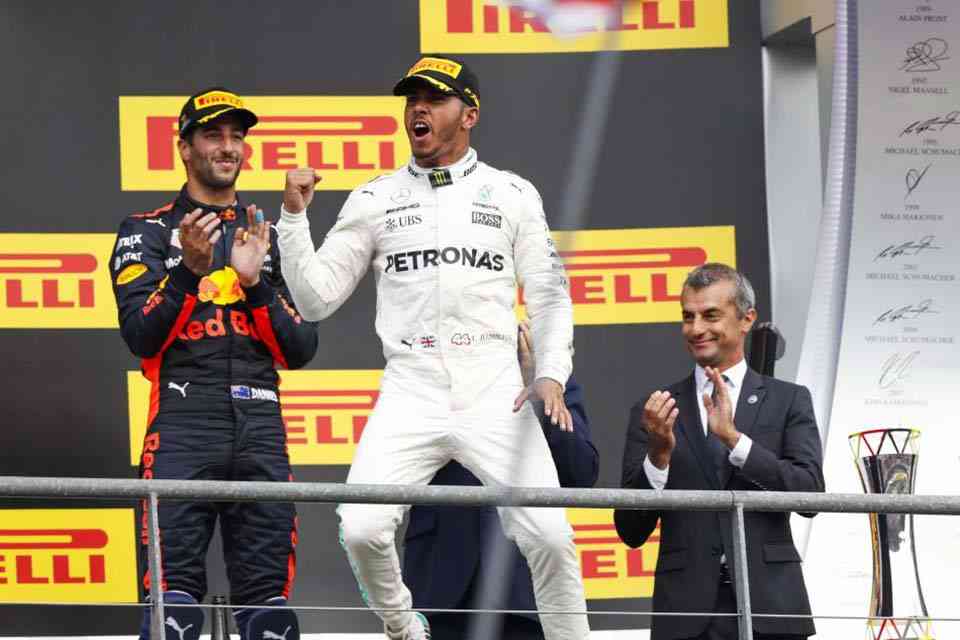 Over to Constructor standings, Mercedes-AMG F1 is still at the lead with 392 points. Second is Scuderia Ferrari which has 348 points. Trailing at third is Red Bull who currently has 199 points.