Modern and classics hit the track at 2016 Clubman Racing finale

Last November, the final race for the 2016 season of Clubman Racing was held at the Clark International Speedway. For the season finale, the races for the day consisted of DTM revival, Miata cup club race, the Historic Mini Coopers, a track day for Mazda 2ners, Mazda tech, with other Mazda clubs, and finally the highlight of the series, the Historic Sports Cars from the Manila Sports Car Club. 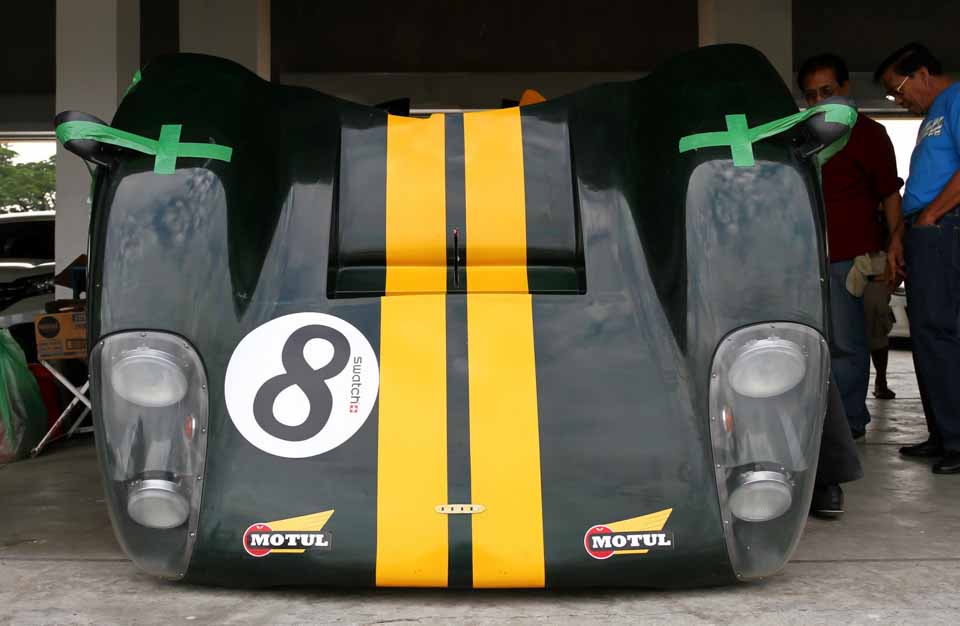 The Clubman Racing series, which is organized by Aggressive Line Events invited different Mazda car clubs for a track day as part of their advocacy to bring racing to the tracks an off the streets. ALE conducted a basic race class to improve the driving skills the participants already possessed to handle themselves better on the race track and on the road.

The historic Mini coopers were the first race for the day. After their absence in round 2, the drivers were eager to get back on track and have fun with their beloved minis. It was Jose Hilado who lined up in pole position qualifying with a time of 2:57.71 followed by Allan Reyes and Ronald Mojica to complete the top 3 qualifiers. Mojica used his experience and raced through the grid to finish race 1 in the lead. Nico Quilban then finished in second while Rey Flestado in third. Race 2 would have similar results with Mojica once again finishing first, followed by Jose Hilado in second and Nico Quilban in third. 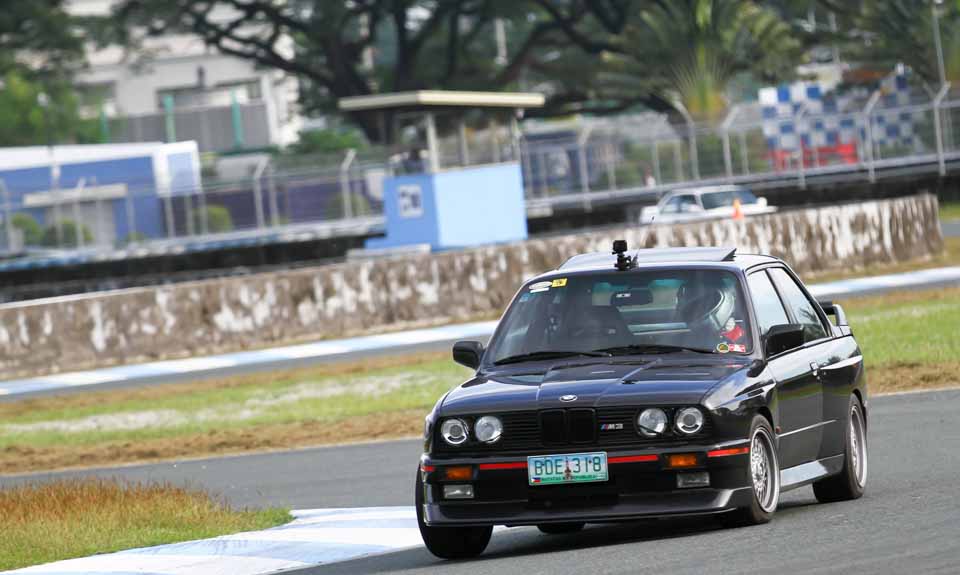 The DTM revival, followed next with a few modern special guests. Usually fielding a grid of BMW E30 and Mercedes-Benz 190E models. With the revised rules, the modern counterparts of these iconic sport sedans are now able to participate in the series. Thanks to their expansion, they now have a larger and more exciting grid.

The modern cars showed their muscle during qualifying with newcomer Jonjie Guballa in his powerful Audi RS5starting on pole position. Alongside him was Albert Chung with his BMW M4 and Diego Granizo in third, also with a BMW. Wth V8 power under the hood, Guballa would maintain his position to win race 1. Granzio and Chung would switch places, finishing second and third, respectively. In race 2 however, Granizo picked up the pace to win ahead of Patrick Chan in second and Francis Aguila in third. 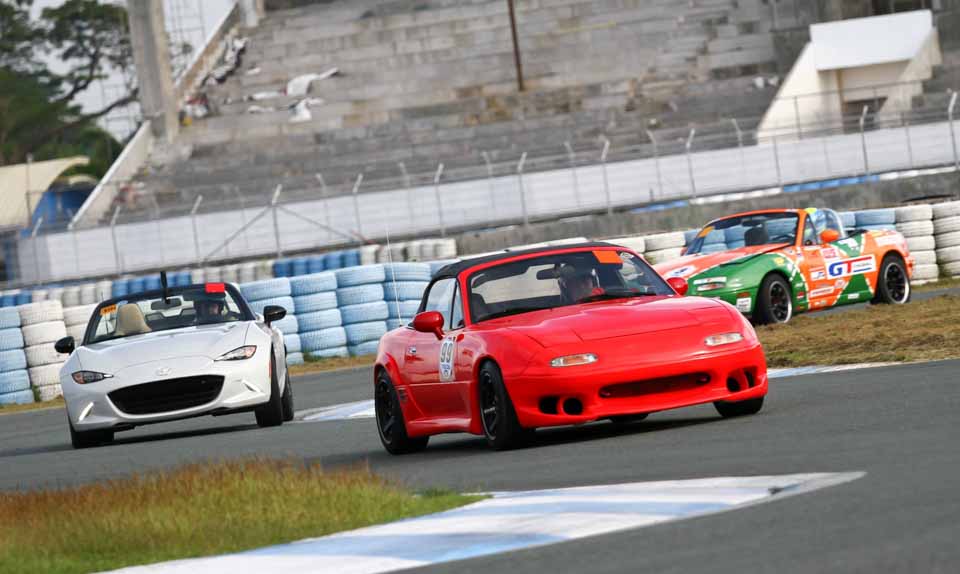 Up next was the Miata Club racers with a record of 26 cars of different generations on the grid. Rene Mapua took pole, Antonio Brias in second and Joey Almeda in third. The race weekend also had some special guests as part of the grid in the forms of Gabby Dela Merced and Nobohiro Yamamoto.

Rene Mapua's Miata is a particular special build. Packing rotary power, Mapua would be untouchable in race 1 and 2. Lito Ignacio, Antonio Brias, and Joey Almeda would be the top 3 behind Mapua in race 1. Race 2 would have Joey Almeda, Allan Lavarro and Antonio Brias finishing as the top 3 behind Rene Mapua. The Miata club race with its huge grid and exciting wheel to wheel racing became the race to watch in the final leg for the year. The Miata Club races also ended with a final 5 car shootout. Mark Madrid came out on top of the shootout followed by Sebastian Santiago, Keith Sundiang and Nestor Reyes. 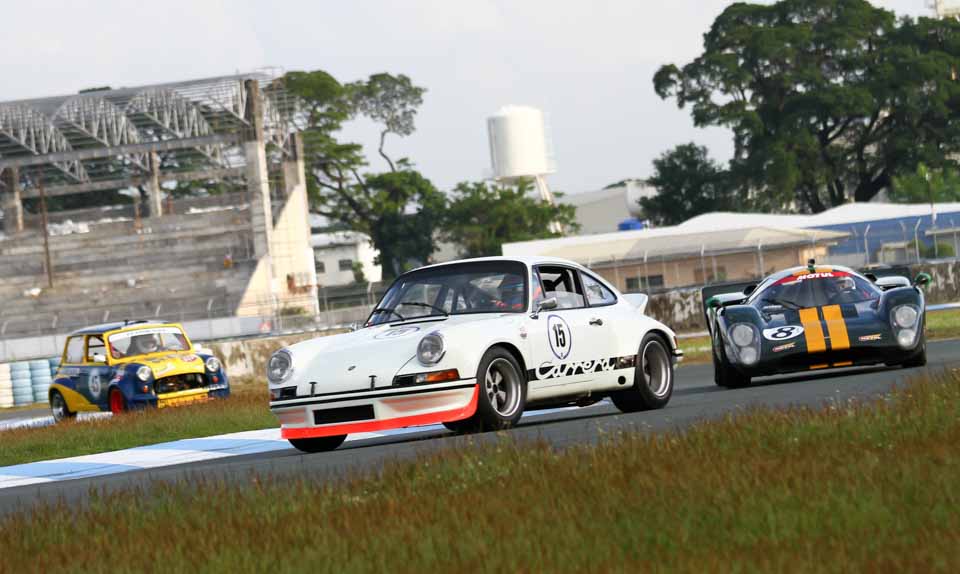 The final race would be host some of the most iconic sports cars in the country. The Historic Sports car race from the Manila Sports Car Club. Enteng Floirendo who just got back from a successful season in the Audi R8 Cup ASIA finishing in 2nd place, got back behind his classic Porsche over the weekend for a more relaxed but still competitive racing. Bubi Camus in His Lola, Le Mans race car replica would be close behind him in at 2nd on the grid with Tammy Campos completing the top three.

At the end of race 1, Floirendo was untouchable finishing ahead of the rest of the field. Tammy Campos came in second while Camus came in 3rd for race 1. In race 2 it was business as usual from Floirendo finishing in 1st place. Bubi Camus took second while mark Taylor finished in 3rd position. 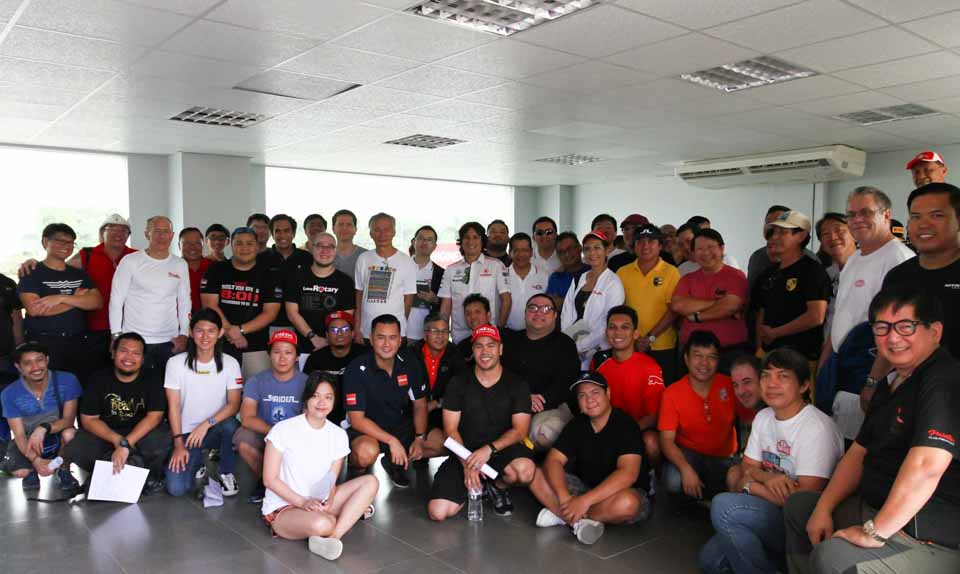 Bottas joins Mercedes-AMG F1 for 2017 season, Massa pulls out of retirement to drive for Williams once more

2016 Mini Clubman launched in the Philippines