The Silver Arrows dominated the 2015 Formula 1 Grande Premio Petrobas do Brasil after Nico Rosberg and Lewis Hamilton finished the race with a 1-2 podium victory. Leading the way was Rosberg who was able to hold off Hamilton's aggressive driving style.

Like his previous victory in Mexico, Rosberg remained the leader throughout the race. Fellow teammate Hamilton tried to pass Rosberg on several occasions but ultimately ended the race in 2nd place. This was partly due to his tires losing grip early, resulting in more frequent trips to the pit lane. The two Silver Arrows finished the race with 7.7 seconds apart, with the German completing it with a lap time of 1:31.09.

“I’m so happy with that one – especially at this great circuit with all this history, which makes it extra fun. It was a perfect weekend for me. I was able to control the race the whole time and won with a comfortable margin to Lewis in the end. The team made a good decision to switch to a three-stop race as we saw that Lewis’ tires went off very quickly. I look forward now to Abu Dhabi where I’ll be pushing to end the season on a high,” said Rosberg. 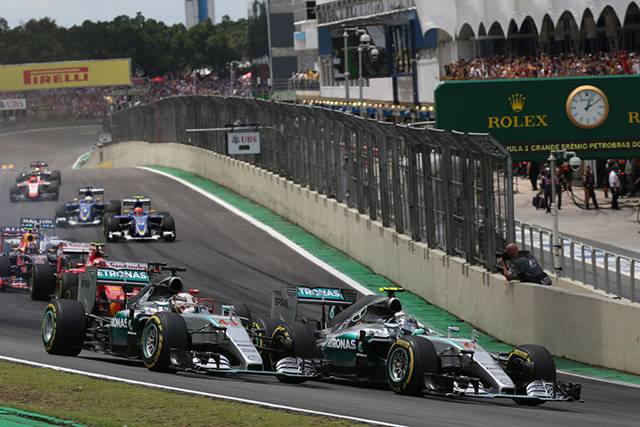 Hot on Hamilton's heels however was Ferrari's Sebastien Vettel. Using a softer set of tires, Vettel was able to keep up with the Silver Arrows. Fellow teammate Kimi Raikkonen on the other hand trailed behind and was able to keep William's Valterri Bottas at bay. In the end, Vettel and Raikkonen finished the 2015 Brazilian GP in 3rd and 4th place.

With Bottas securing 5th place, Force India's Nico Hulkenberg and Daniil Kyvat of Red Bull Racing battled for 6th place. Hulkenberg however gained the upper hand, resulting in his 6th place finish while Kyvat had to settle for 7th.

Williams' Felipe Massa would have won the race in 8th place but was disqualified after the racing bodies found out that his right rear tire exceeded the permitted temperature before the beginning of the race.

In light of this, Lotus' Grosjean moved up to 8th place, while young gun Max Verstappen of Toro Rosso settled for 9th. Completing the top ten drivers is fellow Lotus driver Pastor Maldonado.

Mercedes-Benz Motorsport Boss Toto Wolff had nothing but praise for Rosberg and Hamilton but he also noted that they had to come up with a defining strategy for the two drivers. 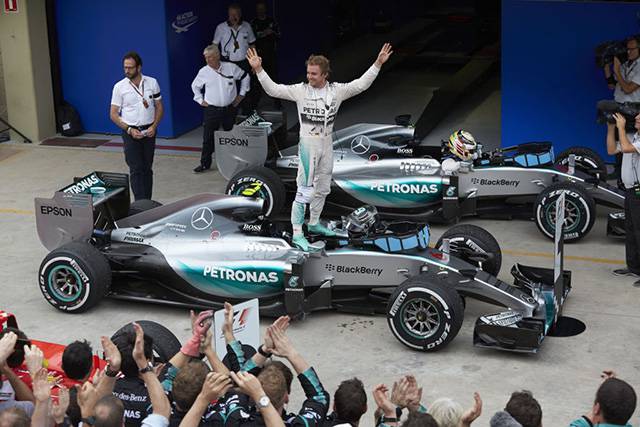 “A fantastic 1-2 finish for the team this afternoon and a great feeling to see Nico secure P2 in the Championship with this win. He put in a faultless performance this weekend with a strong pole position lap and then a beautiful drive today. For Lewis, running P2 was always going to be difficult at this track. As soon as you get close to the car in front, you lose downforce and the tyres start dropping off. When that happened in the second stint he asked about an alternative strategy. But the only option was to convert to three stops which was ten seconds slower in terms of overall race time and would have put his second place at risk to Vettel,” said Wolff.

Lewis Hamilton remains at the top of the heap with 363 points while Nico Rosberg increases his gap between Vettel with 297 points. With Vettel only securing 266 points, Rosberg may finish the 2015 season in 2nd place overall.

2016 Formula Drift will kick off on April 8 in Long Beach, California