Peugeot has revealed its challenger in the 2016 Dakar Rally that would take on an epic journey through Argentina and Bolivia over two weeks in January.

As a review, Peugeot's 2008 DKR made its Dakar debut in early 2015, but for next year's event, the brand says the car has been “extensively evolved to become wider, faster, lower and more powerful.” The French automaker's 2016 Dakar challenger also comes with a new livery.

Aesthetically, the 2016 Peugeot Dakar rally car features a silver-colored roof which is designed to reflect the “harsh sunshine” of the Argentine summer. The fascia of the vehicle has been redesigned as seen on its revamped bumper and restyled chrome grill while the color scheme flows naturally from front to rear. 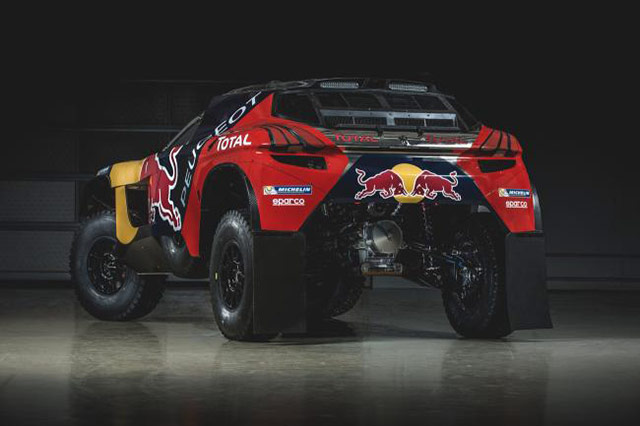 “If the car goes as well as it looks, then we are certainly set for a strong year next year! We know that our cars will definitely have a strong visual presence on the Dakar: now it’s down to us as a team to make the most of that,” said Famin.

The 2016 Dakar Rally gets underway in Buenos Aires, Argentina, on January 2, before concluding in Rosario on January 16. The Peugeot Total team is composed of Sébastien Loeb, Stéphane Peterhansel, Cyril Despres and Carlos Sainz.