Following a successful Dakar earlier this year, Peugeot has unveiled the car that they hope defends their title. The French automaker has replaced the 3008 DKR with the 3008 DKR Maxi, an evolution of the this year's winning car. Before it takes on the grueling cross country rally next year, it will first compete in the Silk Way Rally which will bring the competitors from Moscow, Russia to Xi'an, China. 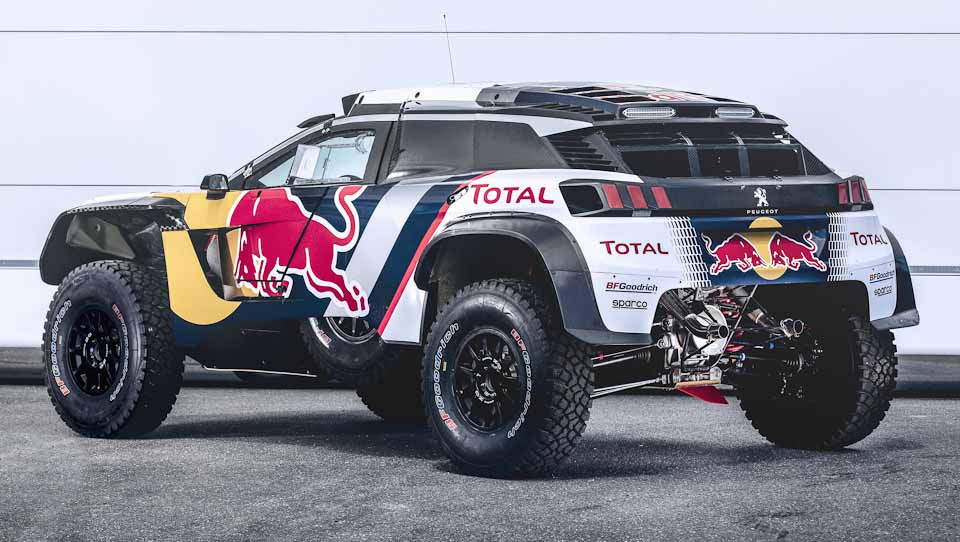 Peugeot's newest rally raid car gets the Maxi name thanks to its slightly larger dimensions and reworked suspension. The new car is 200 millimeters wider than its predecessor, plus the suspension track on each side has been increased by 100 millimeters.Under the chassis, the upper and lower wishbones are new, as well as front and rear track rod ends and driveshafts. As a result, Peugeot says the stability and dynamics of the car are improved, expecting increased performance. It also sports a new livery.

As for the engine, Peugeot did not reveal any specifics but it is likely to retain the 3.0-liter turbodiesel V6 engine. It will also retain a two-wheel drive configuration. To keep the drivers cool in the desert heat, the 3008 DKR Maxi is also equipped with air-conditioning. 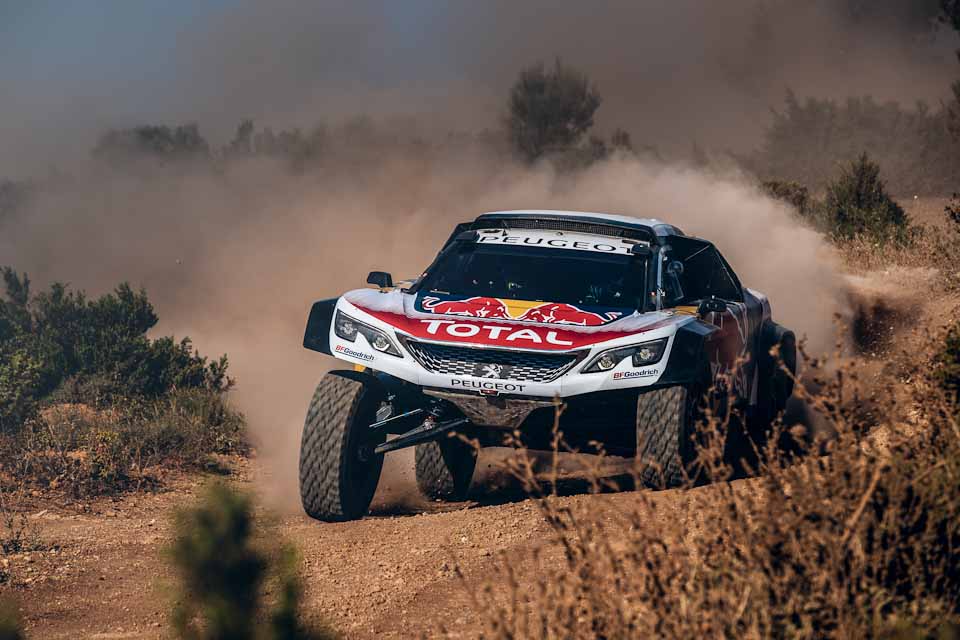 Piloting the 3008 DKR Maxi will be nine-time World Rally Champion Sebastien Loeb with longtime co-driver Daniel Elena on navigation duties. Besides racing for his first Silk Way Rally win, Loeb and Elena will also do the assesment on the 3008 Maxi. So far, Loeb has positive feedback on the new car.

“I think the car is much more stable now that it is wider, and so it feels a bit different to drive. In terms of stability and driving it’s definitely a step forward. The car has less of a tendency to roll on its suspension now, so that gives you more confidence to attack and get it sideways. I’d say the strongest point of the Peugeot 3008DKR Maxi is the off-road ability that it has. With its wide track and big wheels, it can go more or less anywhere,” said Loeb.

Meanwhile, last year's winner, Stephane Peterhansel and co-driver Jean-Paul Cottret will be driving the standard 3008 DKR for the Silk Way Rally. Both drivers and co-drivers will be on board for the 2018 Dakar Rally. Joining them is two-time WRC champ, Carlos Sainz. Sainz is also part of the development team of the 3008 Maxi.

Azerbaijan incident closed after Vettel apologizes to Hamilton and the FIA

Peugeot sinks its claws into PH with 3008 Active Petrol