Test of man and machine

Flat Out Race Series to hold shakedown in Clark February 13

The grid consisted seventeen cars with one additional entry come qualifying day. The event kicked off with Saturday qualifying where car #13 of Team Full Throttle Performance took pole position with their Honda Civic EG with a time of 1:55.671, followed by the 2 Centrum Cars from Pangasinan ending qualifying about 3 seconds behind Team Full Throttle Performance. Qualifying was a mere formality however, since the race Lasts 8-hours and anything can happen. 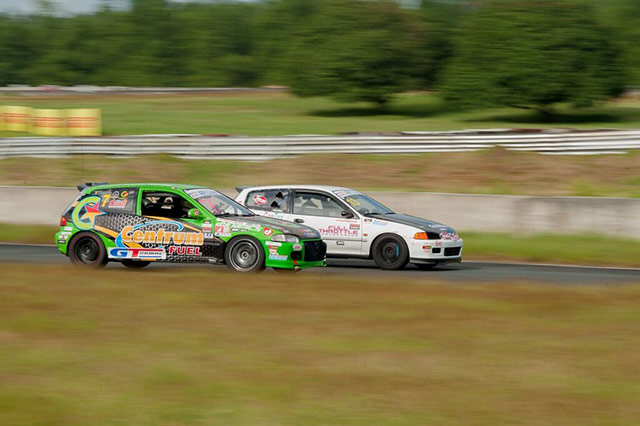 Before race day, the drivers were briefed before heading out for the Grid formation and sanctioning the event was AAP. AAP observed the event and acted as stewards; putting the event under evaluation status for future sanctioning. This also provided a venue to train more marshals and officials in actual race conditions for the development of local motorsports.

Racing started at 8:25am with all cars making it thru safely, signaling the beginning of an eight hour test of man and machine. The first hour of racing was quite close, with Team Full Throttle Performance taking the early lead. The first round of pit stops came during the first 2-hours of the race. Positions swapped and the lead was inherited by the only turbocharged car on the grid, a Toyota Starlet by GNOME racing. Notable was the incredible stamina of the drivers, particularly the Canete Brothers of Cagayan De Oro who divided the whole race among the two of them, with the longest stint of 4.5 hours by Macky Canete before handing over the car to his brother Nico. 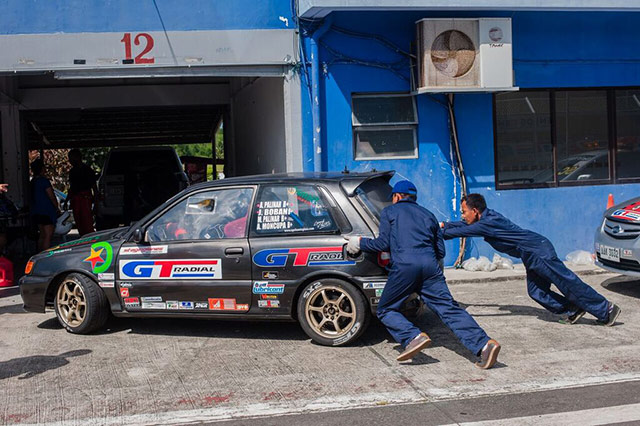 There was no real drama until the final hour, when the Toyota Starlet of GNOME Racing developed transmission problems, prompting the first and only release of the Safety Car to control the pace and allow the recovery experts of AAP to pull out the stricken vehicle. Car #2, a Honda Integra by JMA Racing, was also met with some problems which kept everybody on edge with a failed fuel tank strap allowed the tank to drop from its position and scrape on the asphalt. The damage on the Integra caused a fuel spill along the pit lane but local and AAP senior marshals were quick to the scene and addressed the problem swiftly and safely. The marshalls' actions allowed racing to continue without any loss of time or injury to others. 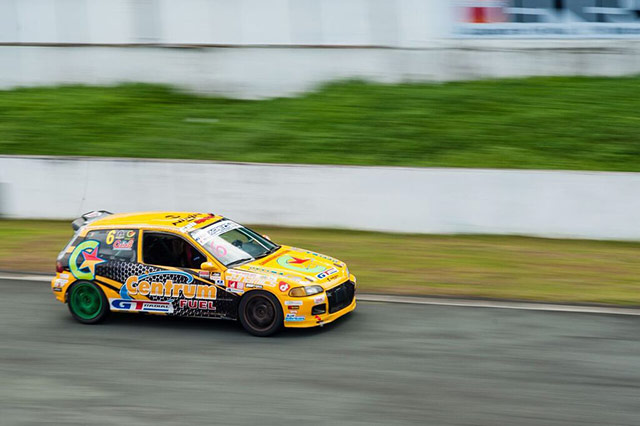 Out of 17 starters, there were only 3 retirements. And when the checkered flag dropped, the provincial Team from Pangasinan took the victory with a 1-2 finish for car #7 & #6 of Team Centrum Fuels. This catapulted them to the top of the battle with 220 laps completed for each car. Edward Dela Rosa, Jay Castellano and Ryan De Lara finished about 1 second ahead of Mikko Briones, Emerson Ocampo, Migui Briones and Paolo Flores. Finishing Just 1-lap behind in third is Team Rainbird Philgerma #9 driven by brothers Macky and Nico Canete.

Other notable winners were team BYD/BRE running their Taxi liveried F3 that dominated the manufacturers cup and F-zero in the FM2 class. 2ndwas Team BCON finishing a mere 10-seconds behind after 8 long hours and Grupo Toyota’s Flower Power Corolla came in 3rd. 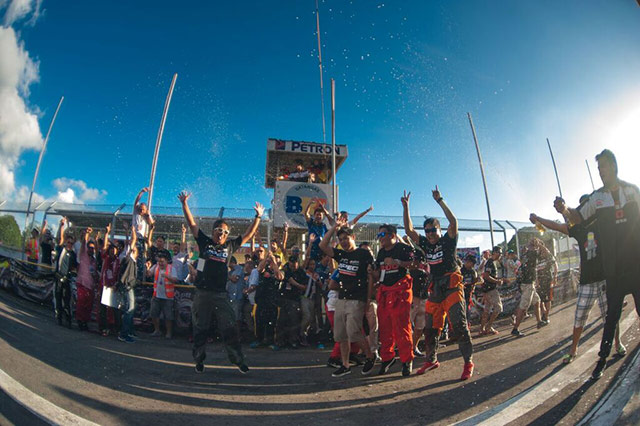 The Team Battle was determined by combining the total laps of cars within a team, and with Centrum having 2 cars with 220 laps each, they take 1stplace followed by BYD/BRE in a distant 2ndwith a total of 398 laps, while Grupo Toyota was able to snatch 3rdwith a combined lap count of 394.

Aside from the regular awards, car #16 got the most admiration being and Old School corolla DX running incredibly fast laps with the newer cars. Other awards such as most penalties award went to Team HLR, and the Photo finish award for the last car to be entered into the race went to Grupo Toyota Silver Bullet.