Porsche has always had some of the most famous liveries on their race cars to-date. Some of their most popular designs include the Rothmans, Jagermeister, Gulf Oil, and ‘Pink Pig’ to name a few. To commemorate Porsche’s 70-year anniversary this year, the German automaker is bringing back two of their most popular liveries for the 24 Hours of Le Mans.

The Stuttgart-based manufacturer will be fielding two special Porsche 911 RSR at the upcoming endurance race at Circuit de la Sarthe. Both the factory cars numbered 91 and 92 will be sporting traditional Le Man’s liveries of the 70’s and the 80’s. 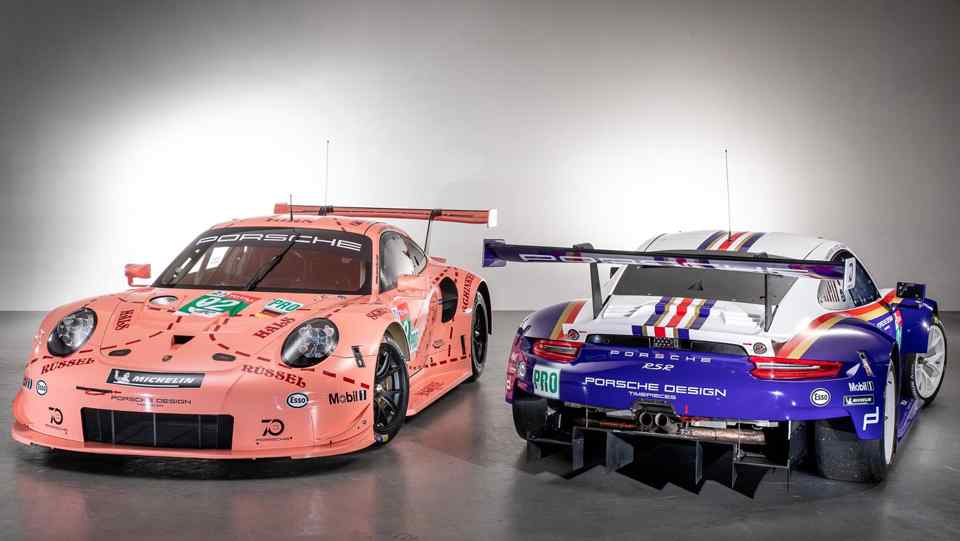 Car number 91 is finished in the iconic blue-white with gold and red stripes of the Rothman livery. The Rothmans sponsorship colors have long graced Porsche racecars of the past. Most notably, it was used in the Porsche 959 rally car which won the 1986 Paris-Dakar rally. It was also used the Group C racers –  the Porsche 956 C and the 962 C – which clinched victory at Le Mans.

As a more throwback livery, Car number 92 dons the livery of ‘Pink Pig’. The said color scheme is reminiscent of the Porsche 917/20 which took on Le Mans in 1971. It was a one-off racer which combined the aerodynamic advantages of a short and long tail versions of the 917. The 917/20 was dubbed the ‘Pink Pig’ name due to its pink paint color and sections of the car having ‘butcher style cuts’.

Ten Porsche 911 RSRs will be competing at the 24 Hours of Le Mans this year, four being factory teams and six by customers. For those wondering, the other two factory cars, numbers 93 and 94, will be competing in the standard black-white-red livery.