Nico Rosberg may have led flag to flag in the 2016 Singapore GP but this victory saw him managing his brakes issues throughout the race. Despite Daniel Ricciardo's late charge, Rosberg's gap was enough for him to cross the line first and regain the championship lead. 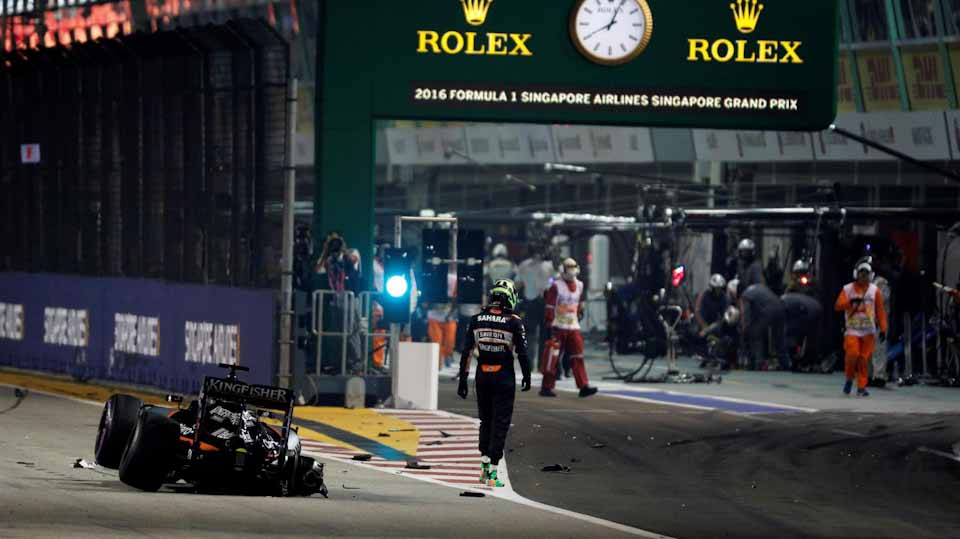 Rosberg had a clean getaway from the grid, keeping his car's nose clean as the rest of the field jockeyed for position. Nico Hulkenberg did not even make it to the first corner as he clipped Carlos Sainz Jr.'s front wheel, sending him straight into the pit wall. Hulkenberg walked away from the incident unharmed. The incident brought out the safety car with the drivers being asked to pass through the pitlane as the marshals cleared the debris. Racing resumed on lap 3 with a marshal running to safety as the cars charged down the starting grid.

With racing fully underway, Rosberg pulled away from Ricciardo with Hamilton in hot pursuit of the Australian. However, the Mercedes-AMG drivers were told by the team to nurse their brakes for as long as they can and Lewis Hamilton was soon under threat from Kimi Raikkonen. Ferrari opted to do an 'undercut' pit strategy which saw Raikkonen pitting earlier than the Mercedes duo. The gamble paid off as the gap between him and Hamilton narrowed. Marred with brake issues, Hamilton ran wide and handed third place to Raikkonen. 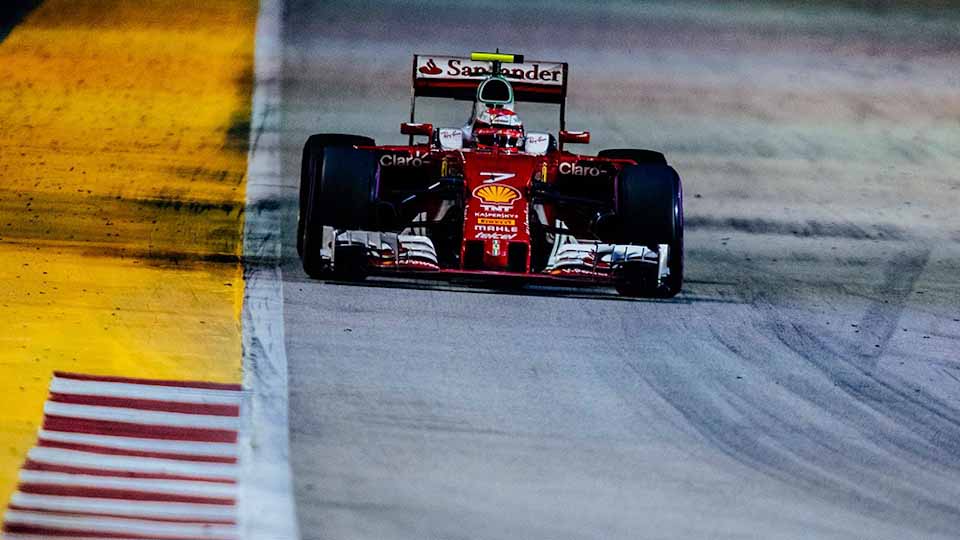 Meanwhile, Sebastian Vettel was slowly creeping up the grid following his start from the back of the grid. He capitalized on the first lap incident and eventually found himself in eleventh place. Vettel stretched the life of his Pirellis until lap 25 to gain valuable track position and was in the top ten for the majority of the race. Things god heated between Max Verstappen and Daniil Kvyat with the latter defending hard against Verstappen. Kvyat's defensive driving would later cost him as it wore out his car too much and eventually handed the position to Verstappen.

It would not be the best weekend for Romain Grosjean, Jenson Button and Valtteri Bottas. Grosjean was forced to retire following mechanical issues and did not make the starting grid. Bottas, who suffered damage during the Hulkenberg crash, eventually started to develop cooling issues with his car. As for Button, he parked his car in the pits after more powertrain problems. 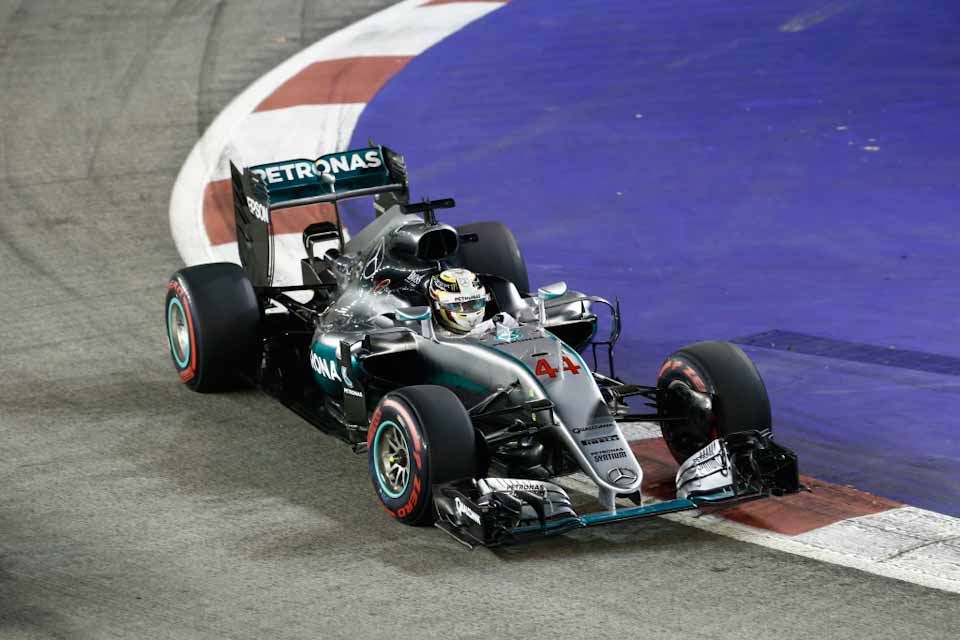 Back at the podium spots, it was Mercedes-AMG's turn to do an undercut on Ferrari. The team called Hamilton into the pits for a set of new tires. A lap later, Ferrari called the bluff and called Raikkonen into the pits. With the gap not being that far behind, Hamilton soared past Raikkonen as the latter was just exiting pit lane. Ricciardo pitted in a lap later.

Unfortunately for Rosberg, the pit strategy that benefitted his team mate was beginning to cost him. Hamilton and Ricciardo were running on fresh set of tires while Rosberg had to make do with well worn Pirellis. Nursing a car with brake issues, Rosberg had no choice but to stay out on track as Ricciardo was chewing away the German's comfortable lead. 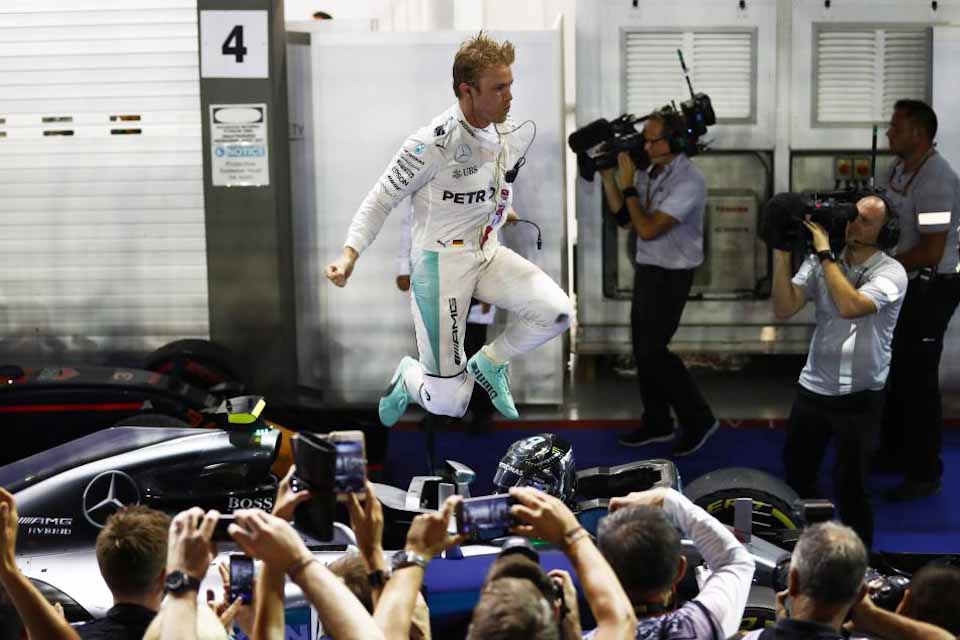 Towards the the end of the race, Ricciardo had caught up to Rosberg but had overdriven the car and was struggling for traction. Rosberg, still dealing with a broken car, managed to fend off Ricciardo by crossing the line first by just four tenths of a second. Lewis Hamilton finished third ahead of Raikkonen while Vettel cruised home in fifth.

Max Verstappen eventually finished sixth and Fernando Alonso scores yet another top 10 in seventh place. Sergio Perez scored a solid eighth as Daniil Kvyat and Kevin Magnussen round up the points scorers.