Sebastien Vettel can now breathe a sigh of relief for this week's Austrian Grand Prix. The German racing driver recently issued an apology on his website regarding the incident that happened at the recent 2017 Azerbaijan Grand Prix with Lewis Hamilton.

In his statement, Vettel wanted to apologize not only to Lewis Hamilton, but also to the Federation Internationale de l'Automobile (FIA) and to the people who were watching the race.

“Concerning the incidents of Baku I’d like to explain myself: During the re-start lap, I got surprised by Lewis and ran into the back of his car. With hindsight, I don't believe he had any bad intentions. In the heat of the action I then overreacted, and therefore I want to apologise to Lewis directly, as well as to all the people who were watching the race. I realize that I was not setting a good example.

I had no intention at anytime to put Lewis in danger, but I understand that I caused a dangerous situation.

Therefore, I would like to apologise to the FIA. I accept and respect the decisions that were taken at today’s meeting in Paris, as well as the penalty imposed by the Stewards in Baku. I love this sport and I am determined to represent it in a way that can be an example for future generations.”

In light of this, the FIA will no longer be imposing any more sanctions to Vettel, apart from the three penalty points applied to his FIA Superlicense. This was made clear when Vettel, along with Scuderia Ferrari team principal Maurizio Arivabene, attended a metting at the FIA's Paris headquarters last Monday. 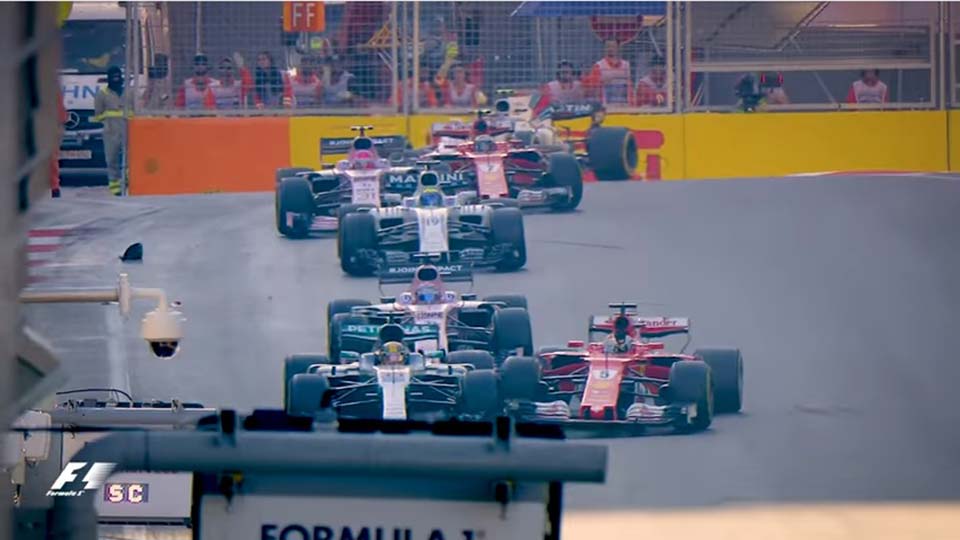 In review, Vettel was given a 10-second stop-go penalty in Azerbaijan after displaying what appeared to be a retaliatory contact against Hamilton just behind the safety car lap. The German claimed Hamilton brake-checked him during the safety lap. Meanwhile, Hamilton said that the pace of the safety car was too slow while he was trying to get his tires to working temperature.

Apart from the unruly behavior displayed by Vettel against Hamilton, the FIA was also concerned about the implications of the incident which could ripple through fans of the motorsport and affect both the image of the FIA and Vettel. With it, Vettel committed to devote personal time over the next 12 months to educational activities across FIA championship and events like Formula 2, Formula 3 Euro and Formula 4.

Due to this incident, FIA president Jean Todt instructed that no road safety activities will be endorsed by Sebastien Vettel until the end of 2017. Todt added should there be any repetition of such behavior, the matter would immdiately be referred to the FIA International Tribunal for further investigation.

“Sportsmen must be cognisant of the impact their behaviour can have on those who look up to them. They are heroes and role models and to millions of fans worldwide and must conduct themselves accordingly,” said Todt.

Shattered Glass: What to do when something hits your windshield

When it comes to emissions, a few PETCs tried to fake it 'til they made it

Metro Manila Skyway will be a no-bus zone

SMC to implement new traffic scheme on Skyway starting February 16, only Class 1 vehicles to be allowed

Ultra Alphard: Here are the prices of 2020 Lexus LM for PH market

Waiting for the price of the 2020 Lexus LM in the Philippines?

Geely wants to sell this crossover for under PhP 1.6M tops

Ever wondered what the world's top-selling cars are? Well wonder no more.