Toyota has announced their entry in off-road desert racing with the debut of the Tacoma TRD Pro Race Truck. Set to compete in the 2017 MINT 400 Off-Road Rally, it gets significant suspension upgrades to take on what's been dubbed as the Great American Desert Race.

To compete in the MINT 400, Camburg Racing has been tasked to prep the Tacoma for the desert rally. “This truck was built to redefine capability. The Tacoma TRD Pro Race Truck let’s you go places most other trucks would ordinarily see only on a map,” said Jason Campbell, co-founder of Camburg Racing. 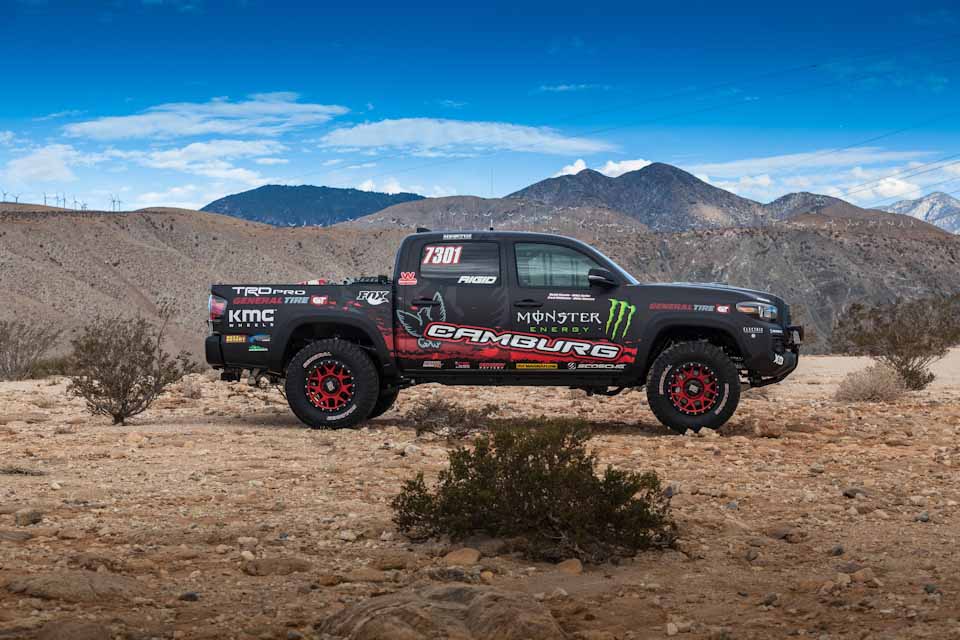 Being a desert rally racer, the suspension system receives the most significant changes. It gets FOX 2.5” coilovers with remote DSC adjuster along with front and rear Fox 3.0” Bypass Shocks with rear piggyback reservoirs to take on the dunes of the desert. The engine is untouched and runs on a stock 3.5-liter Atkinson Cycle V6 Engine with 282 PS and 359 Nm of torque. The 4WD drivetrain has also been left stock and features Multi-Terrain Select and Crawl Control.

The automaker decided to enter the grueling 400 mile (644 kilometer) rally  to demonstrate the durability of its trucks.  “The Mint 400 represents the most robust example of desert racing. It’s an excellent proving ground for this special build,” said John Myers, National Trucks Vehicle Marketing and Communications Manager at Toyota Motor Sales.

At the moment, Toyota's driver line-up for next year's MINT 400 have yet to be announced. The rally kicks off on March 1, 2017 in Las Vegas, Nevada and ends on March 5.

Mercedes-AMG 1-2 yet again, protests from Red Bull and Ferrari end with RBR in third