Eurosport Events, the promoter of the FIA World Touring Car Championship, has just tapped TAG Heuer as the Official Timing Partner of the WTCC.

TAG Heuer's arrival in the sport is just in time for the new WTCC Manufacturers Against the Clock or MAC 3 trials. This format is a team time trial contest inspired by the Tour de France and a first for global motorsport. For WTCC MAC 3, the clock starts when the first of three cars from a manufacturer ‘team’ crosses the starting line from a standing start, and stops as soon as the last car has completed the required number of laps but, for the WTCC Race of Germany in the Nurburgring Nordschleife, the three cars only have to complete the lap once. For the rest of the races, the teams should be able to cover at least 10 kilometers during the time trials. The fastest team of three will win MAC3 at each event and score 10 points towards the WTCC Manufacturers’ Championship. The second best manufacturer will earn eight points and so on until all points are allocated.

According to TAG Heuer, WTCC MAC3 encapsulates the essence of watchmaker’s '#dontcrackunderpressure' campaign with the factory teams making a collective effort to be the fastest to deliver a winning team result. In addition, the TAG Heuer Performer Award will also be handed to the driver setting the fastest race lap during each race weekend. 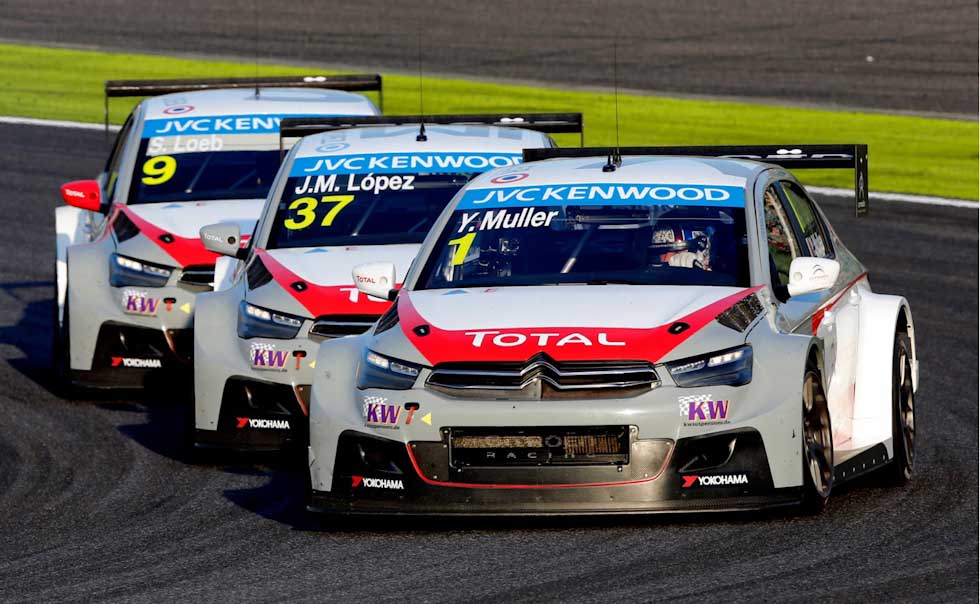 “We are super-happy that we have helped TAG Heuer go back to being a timekeeper in an international motorsport championship,” said François Ribeiro, Head of Eurosport Events, the WTCC promoter. “It’s a brand with an unparalleled heritage in motorsport and timekeeping in particular. After a one-year technical partnership with TAG Heuer we’re delighted to bring the company on board as an Official Series Sponsor. Eurosport Events is not just the promoter of the WTCC, we’re a media group with storytelling and emotion are firmly entrenched in our DNA, making the association with TAG Heuer under the #dontcrackunderpressure campaign such a good fit.”

“Sport is emotion, it is success, joy, hope, endurance, performance. All the qualities that are also found in a TAG Heuer watch,” said Jean-Claude Biver, CEO of TAG Heuer and President of the LVMH Watch Division. “Swiss Avant Garde since 1860 is our slogan. It's a state of mind that drives us, today more than ever, to be disruptive, connected to the future, and innovative. Our activity with the WTCC will bring together all these ingredients, those of a Swiss luxury, young and dynamic brand which has all the hallmarks of a high-end product, but one which is still accessible.”

Time is of the essence: 2016 Targa Manila