Vaughn Gittin Jr. takes on the Nordschleife sideways in his Mustang RTR

Often, manufacturers head to the Nurburgring either to test upcoming cars or to challenge the current lap records. Ford however, decided to do things differently. Rather than set the fastest lap they could with the Ford GT or a spec'd Mustang, the Blue Oval enlsited the help of Formula Drift champion Vaughn Gittin Jr. and his 900 horsepower Mustang RTR drift car to take on the entire Green Hell...sideways.

“The Nordschleife is one of, if not, the most iconic track in the world and I have been in love with the danger and folklore of the famous ‘Green Hell’ at the Nürburgring since I can remember. I finally went there in person in 2013 and it was then that I made a promise to myself that one day I would return to drift it in its entirety,” said Gittin Jr.

Ford claims that Gittin Jr. is the first driver to ever drift all 20.7 km of the Nurburgring Nordschleife. To accomplish this task, the Formula Drift driver used his Mustang RTR which has been built with the sole purpose of going sideways. To produce 900 horsepower, the 5.0-liter engine has been built and fitted with a Vortech JL Trim supercharger. All the supension bits have also been modified, as the drift-spec Mustang now has a steering lock of 65 degrees. 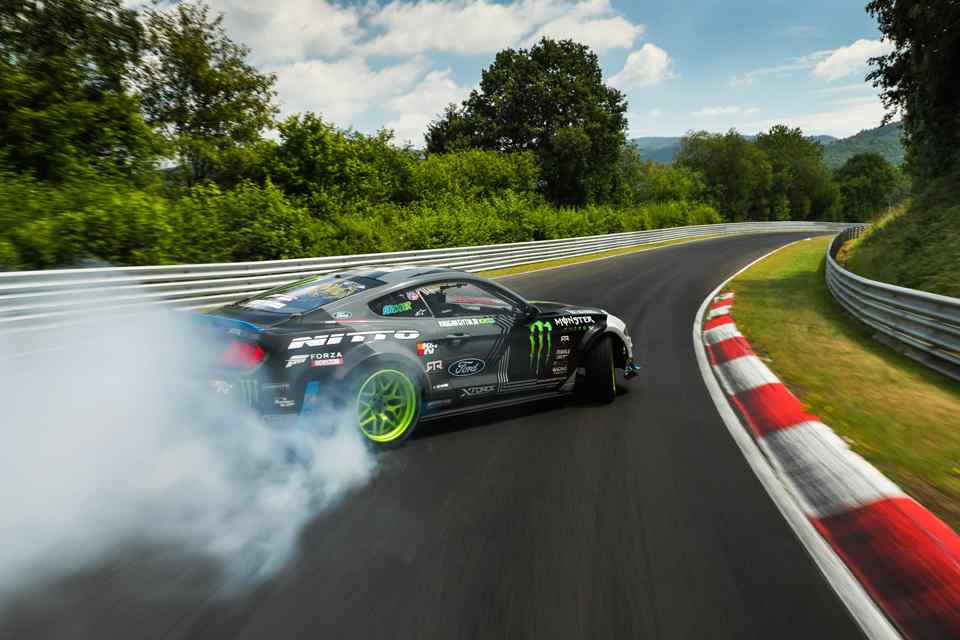 During the run, Gittin's Mustang went through three different set of Nitto tires in order to drift the full length of the track. While the car was intended to go sideways, he managed to get it to reach a top speed of 241 km/h, and was only limited by the gearing.

The video released by Ford only shows portions of Gittin Jr. drifting the Nurburgring. That said, he did do some crazy drifts such as the 360 entry into Aremberg and jumping Pflanzgarten before initiating a drift. That said, don't try to copy Gittin Jr. as drifting is forbidden on the Nurburgring on regular days.

Formula E will be racing in oil-rich Saudi Arabia