The winner of the 2019 Dakar Rally is a Toyota Hilux

Following its Dakar challenge earlier this year, Toyota has decided to give its endurance rally racer an upgrade for the 2017 rally. Called the Dakar Hilux Evo, it is not like the pickup that ran this year's race in the Super Production class. Instead, this model features even more racing hardware under the hood and chassis.

Toyota Gazoo Racing has swapped out the 2.8 liter turbodiesel for a 5.0 liter V8. This engine is sourced from Lexus and is currently being used in the RC-F coupe and GS-F sport sedan. In production form, the 5.0 liter V8 pumps out 473 PS and 527 Nm although power may be a little less for the race truck since Dakar rules indicate that restrictor plates should be applied. Engineers also took time to relocate the engine, now lower and closer to the cabin. Toyota says that this lowers the pickup's center of gravity and improves handling. The Dakar Hilux will be rear wheel drive as it will be competing in a different category next year. 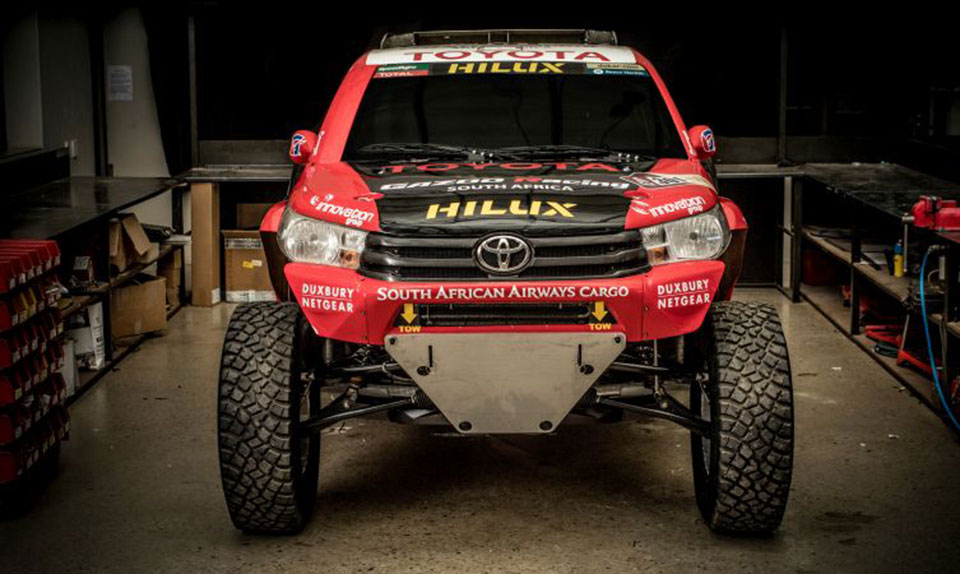 In race trim, Toyota shed a significant amount of weight for the Dakar racer. From 1,895 kg in the standard production pickup, the Dakar Hilux Evo now weighs 1,300 kg. The deletion of the four wheel drive system also makes it lighter than its predecessor. Toyota Gazoo Racing also beefed up its suspension components and gave it larger tires to tackle the harsh conditions of the rally.

For the 2017 Dakar Rally, Toyota will be running three Dakar Hilux Evo pickups. The first pickup will be piloted by Giniel de Villiers with Dirk von Zitzewitz as his navigator. Truck number two sees Leeroy Poulter as the driver with co-driver Rob Howie. The third entry will be driven by 2015 Dakar winner and FIA Cross Country World Cup Champion Nasser Al-Attiyah with navigator Matthieu Baumel.

We want Toyota to build a high-performance Hilux, and so do they