Sebastian Vettel can breathe a sigh of relief before heading into the summer break. With his win in the recent Hungarian Grand Prix, Vettel was able to stretch back his lead by 14 points over Lewis Hamilton. Despite starting from pole, his win did not come easy as he encountered steering issues towards the end of the race.

The start of the race saw several cars coming into contact with each other at the first turn. In an effort to keep his position, Nico Hulkenberg touched wheels with Kevin Magnussen, sending the latter's car on to two wheels. Fortunately for Magnussen, there was no damage done to his Haas. The Force India team mates also brushed each other but carried on with no damage. The same couldn't be said for Daniel Ricciardo and Max Verstappen. The Red Bull team mates slammed against each other, puncturing the radiator of Ricciardo which then led to his retirement. With oil and coolant spilled on the track, the safety car was brought out. 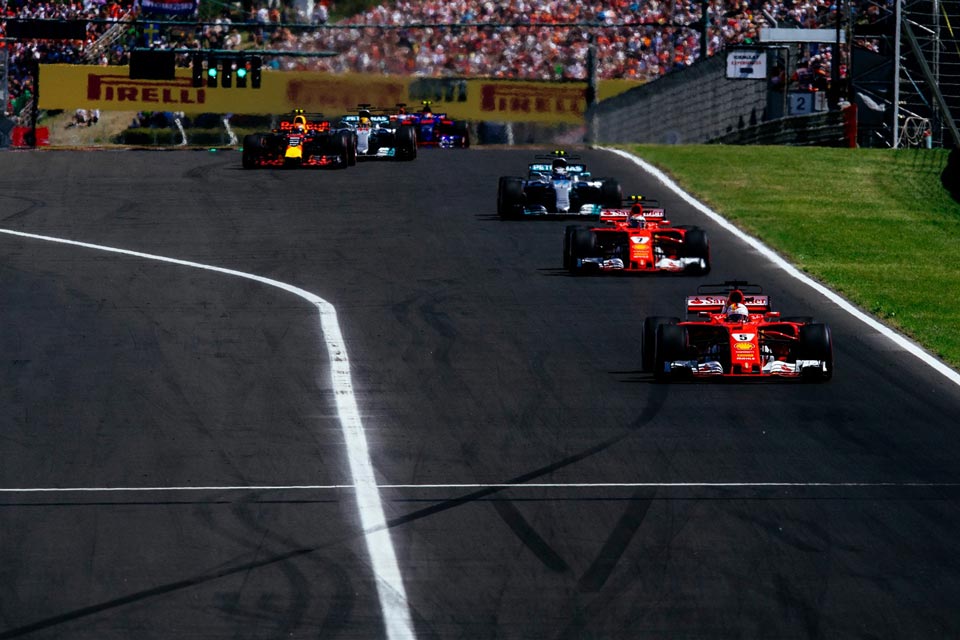 Despite the chaos, Vettel managed to hold on to the lead with Kimi Raikkonen in tow. Behind the two Ferraris was Valtteri Bottas while Verstappen was able to slot in between the two Mercedes-AMGs for fourth, ahead of Lewis Hamilton. When racing resumed, Vettel was able to pull a gap away from his team mate as Raikkonen did his best to hold off Bottas. Verstappen was also coming under increasing pressure from Hamilton, who was keen to get more points to keep him close to Vettel in the title race. Verstappen's efforts to keep fourth would be undone however as the stewards handed him a ten-second stop and go penalty for slamming into his team mate. 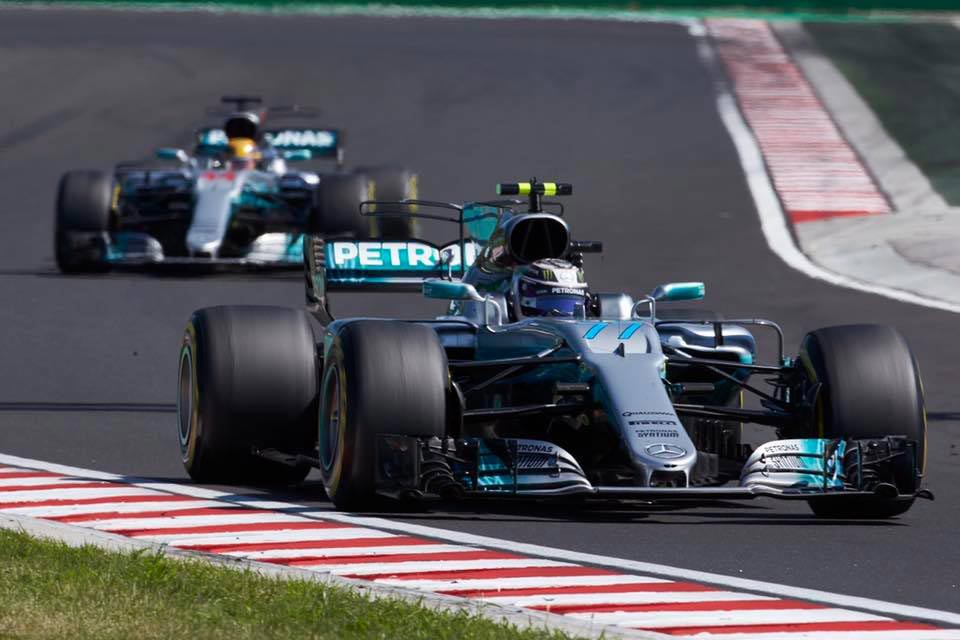 Thanks to the safety car period, the teams opted to go for a one stop tire strategy. Among the first to stop was Bottas with his team opting for an undercut strategy. Hamilton, Vettel and Raikkonen followed suit in the next couple of laps. At this point, Vettel began to report steering issues with his car struggling to turn in on the right hand corners. With that, Raikkonen was closing in on his team mate but Ferrari denied the Finnish driver's request for Vettel to move over. Team orders were also in play in the Mercedes-AMG camp. The team instructed Bottas to let Hamilton through for the latter to give chase to Raikkonen and Vettel. The team did say that Hamilton should give the position back to Bottas should he be unable to pass Raikkonen. 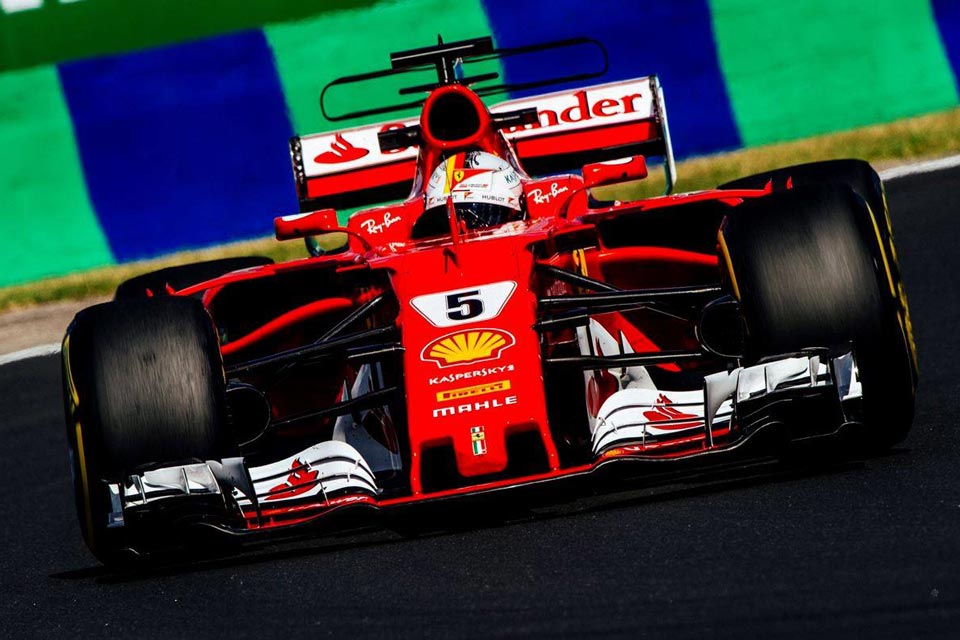 Towards the end of the race, Vettel continued wresting with the broken steering in his Ferrari with Raikkonen holding off Hamilton. Vettel held on to take the win with Raikkonen in second, making it a Ferrari 1-2. Hamilton then let Bottas through for third as he was unable to pass Raikkonen. Fifth meanwhile went to Max Verstappen. 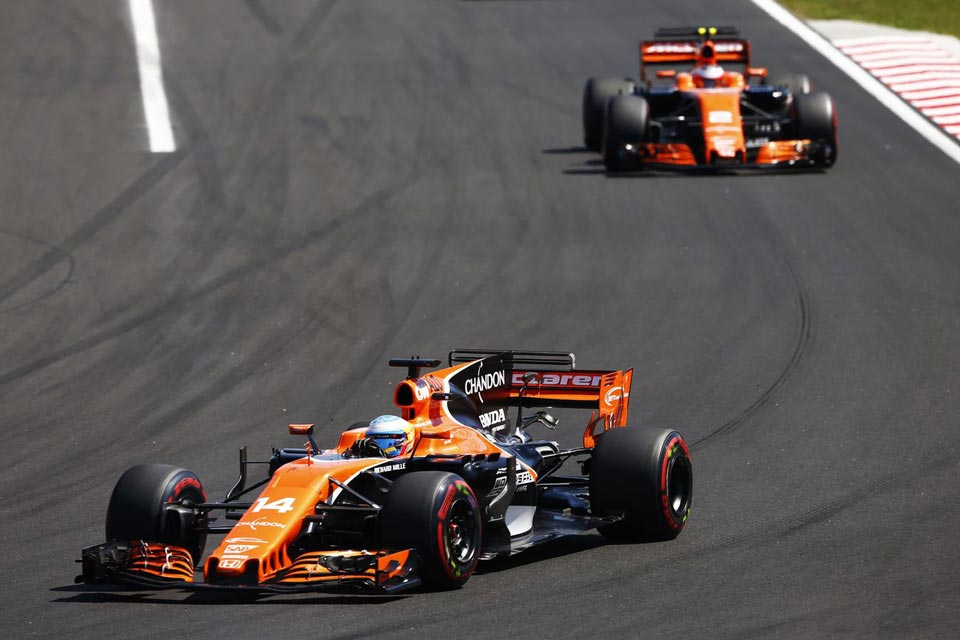 McLaren Honda has reason to celebrate after Fernando Alonso finished sixth and set the fastest lap of the race. Seventh went to Carlos Sainz Jr. while finishing eighth and ninth were the Force India duo of Sergio Perez and Esteban Ocon. The final points scoring position went to Stoffel Vandoorne, marking the first time both McLaren Hondas finishing in the top ten.

Porsche has confirmed entry into Formula E, will be ending involvement with LMP1 class of WEC