Volkswagen has revealed the Golf GTI TCR that is set to compete in this year’s TCR touring car championship.

The said vehicle is essentially the racing version of the Golf GTI and it was developed by Volkswagen Motorsport in cooperation with Seat. It was first previewed last July 2015 as the Golf race car concept.

Volkswagen said that the Golf GTI TCR’s chassis is around 400mm wider as compared to the production model.  Similar to the concept version, the Golf GTI TCR is fitted with a custom body kit, an aerodynamic front bumper, a large lower intake and a vented hood.

Turning at the side, you can see the vehicle’s prominent wheel arches and revamped side skirts. The rear, on the other hand, is equipped with a striking carbon wing, a sporty bumper, wraparound taillights and dual exhaust pipes. 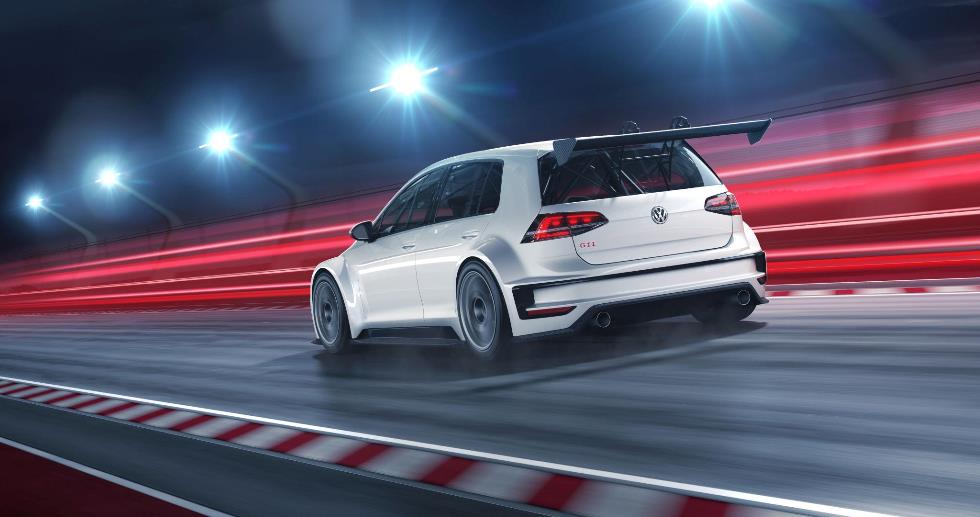 Interior photos are yet to be released by Volkswagen, but the German automaker confirmed that the vehicle has a roll cage, racing seat with head protectors and an FIA-approved safety tank.

Powering the Golf GTI TCR is a 2.0-liter turbocharged four-cylinder engine that delivers 335 PS and 410 Nm of torque. The engine is mated to a six-speed sequential gearbox. Volkswagen claims the car can go from 0 to 100 km/h in 5.2 seconds before hitting a top speed of approximately 230 km/h.

Don't you wish we'll get the 2020 Volkswagen Golf GTI?