Volkswagen is ready to 'Race to The Cloud's with the LMP1-inspired I.D. R

Last March, Volkswagen gave a glimpse of their all-electric race car dubbed the 'I.D. R'. Set to take on the nearly 20 km Pikes Peak hill climb event in June, it will be the company's first venture into electric racing and could be something of a show-stopper.

Now, Volkswagen has officially lifted the covers of the stylish and futuristic I.D. R race car. It's out to beat the 8:57.118 record time for electric cars and comes with nearly 700 PS and more than 600 Nm of torque.

“Volkswagen’s goal is to reach the pinnacle of electromobility with the I.D. family. As such, Volkswagen’s involvement on Pikes Peak not only sets the trend for our future in motorsport, but is also of great symbolic significance in the truest sense,” said Dr. Frank Welsch, member of the Board of Managment with responsibility for development at Volkswagen AG. 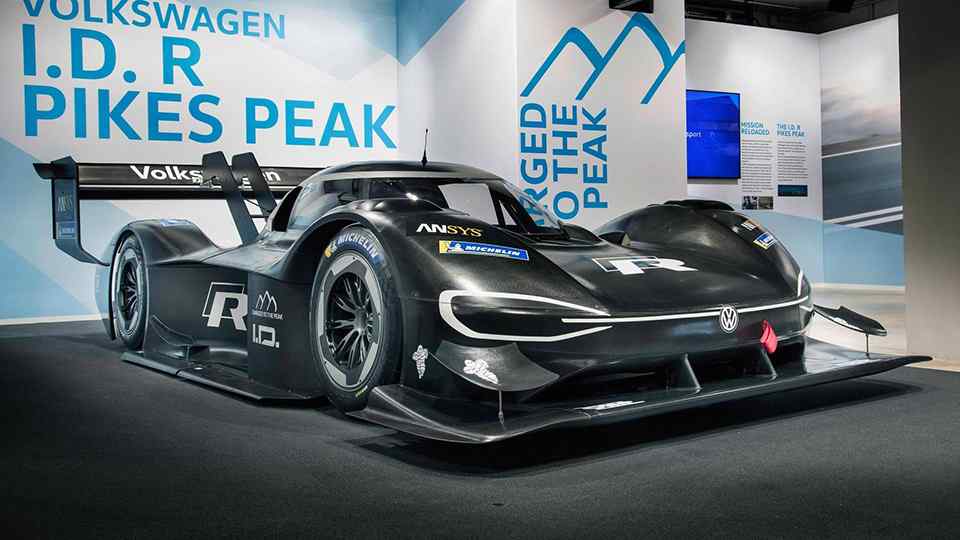 Beginning with its exterior, the radically-designed I.D. R is unlike Volkswagen has ever produced. Featuring styling cues from LMP1 race cars, the all-electric I.D. R features a wraparound cockpit design which allows drivers to have sufficient outside visibility. The body itself features a curvaceous shape which allows air to flow through it seamlessly.

Keeping the electric race car planted to the ground are the massive rear wing, huge chin spoiler at the front and the eye-catching side skirts. Providing grip, on the other hand, come courtesy of sticky Michelin tires that are wrapped in large alloy wheels.

The driving force of the Volkswagen I.D R Pikes Peak are two electric motors that have a combined system output of 680 PS and 650 Nm of torque. This allows the electric race car to bolt from 0 – 100 km/h in a mere 2.25 seconds, making it faster than Formula 1 and Formula E race cars according to Volkswagen. The motors get their power from lithium-ion battery packs that have been specifically tuned to deliver the highest possible power output instead of focusing on maximum range. In addition, the electric race car only weighs in at less than 1,100 kg. 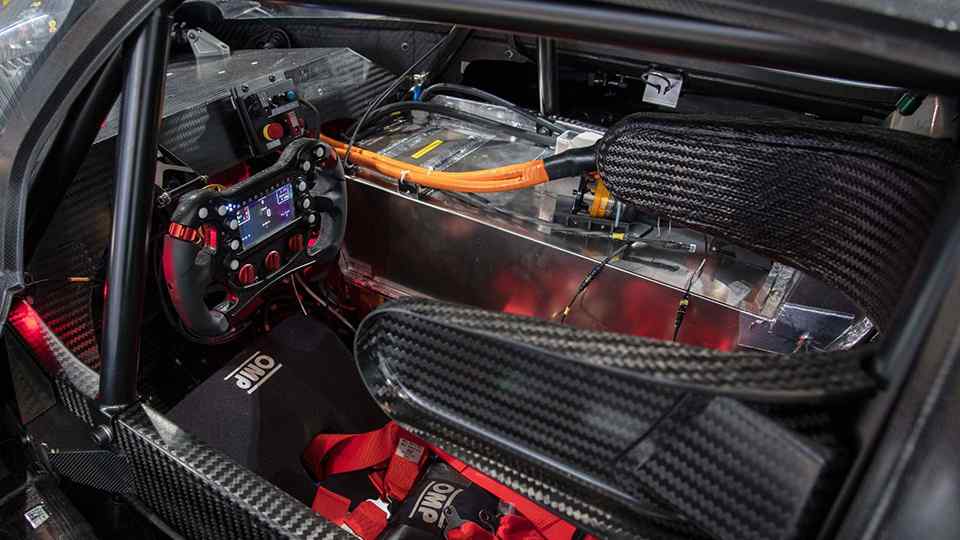 To keep the batteries charged during the climb, Volkswagen fitted the I.D. R with a kinetic energy recovery system. Under braking, the electric motors act like generators, allowing the system to convert braking energy into usable energy. This is then stored in the battery packs which provide additional energy for the I.D. R. With it, Volkswagen claimed that it will be able to recuperate 20-percent of its loss energy during the Pikes Peak hill climb.

Piloting the I.D. R Pikes Peak will be 39-year old French racing driver Romain Dumas. He is no stranger to motorsports as he has already won Le Mans twice and holds three victories in the iconic hill climb event.

Toyota restores a Sport 800, could be the brand's oldest surviving racecar

Check out some of Porsche’s greatest photos recreated with Lego