Even though the championship has been sealed by Sebastien Ogier, Hyundai's Theirry Neuville didn't slow down to bag his fourth win of the season in Australia. Hyundai was dominant throughout the rally, with Andreas Mikkelsen leading the first half and Neuville bringing home the trophy for the team. 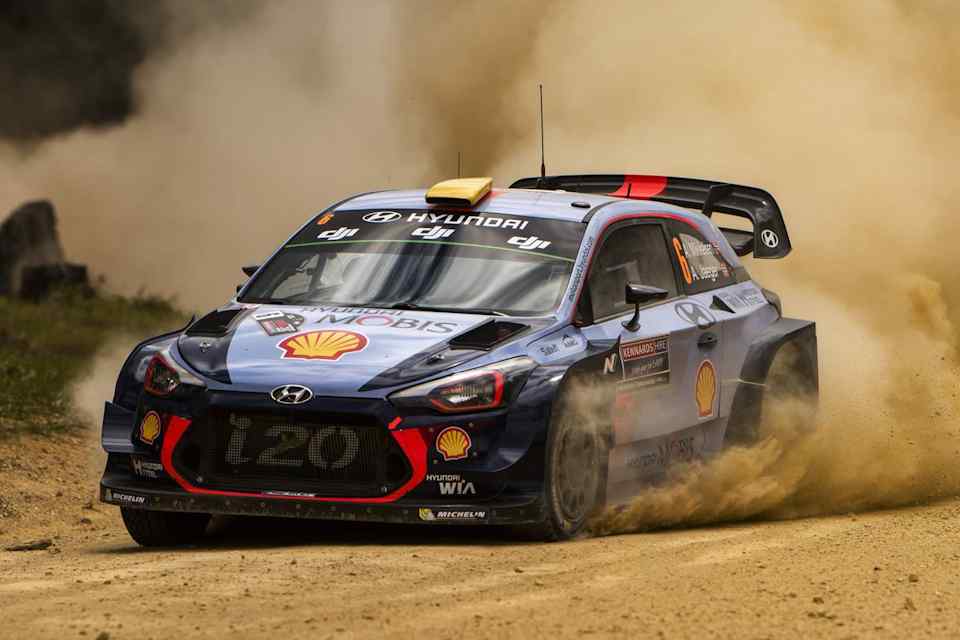 The first day saw Mikkelsen and Neuville swapping places for the lead, with both drivers setting stage times that were difficult to match. Making the rally especially challenging was the fact the the loose dust and gravel made the grip levels inconsistent. Splitting the two Hyundai drivers on the first day was Citroen's Kris Meeke but lost out to Neuville following a spin. The three drivers would consist of the first day's fastest drivers.

A fair amount of cars lost their aerodynamic aids, due to the rough and bumpy stages in Australia. Toyota's Jari-Matti Latvala lost the diffusers on his Yaris and was further hampered by a cracked windshield when he brushed against a pole. Also losing a diffuser was Ott Tanak, and soon reported instability from his Ford Fiesta. Hayden Paddon also struggled with his Hyundai when the diffusers tore off his Hyundai i20.

Besides the torn diffusers, Rally Australia was also proving to be tough on tires. Craig Breen and Stephane Lefebvre suffered punctures and Rally GB winner Elfyn Evans was struggling to find traction. 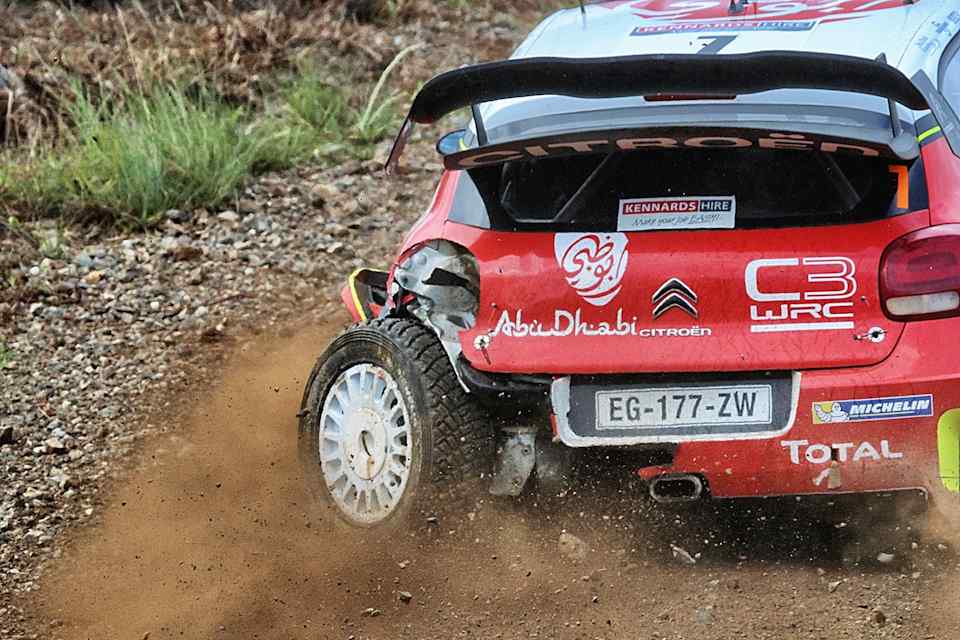 Day two of the rally would see Mikkelsen continue his dominant run over the competition. However, a mistake would cost him his first win following his comeback in the series. He clipped a bank, shredding two of his tires. With only one spare tire on board, he was forced to retire from the succeeding stages.

This allowed Neuville to take the lead of the rally but also nearly ended his run early. A tricky corner sent the Belgian out wide, forcing him to snag reverse and partially damaging his transmission. Despite that, he was able to carry on an continue building a bigger margin against a charging Latvala. Latvala got close to Neuville on a few occasions but the latter powered through the final two stages of the day to keep the lead.

The second day saw a lot of incidents. Meeke's run for the podium ended when the rear of his car swiped a bridge. Paddon ended up with a tree piercing through the front of his car, nearly puncturing the radiator. Even Sebastien Ogier was struggling when his front bumper and splitter tore off his car. The misfortunes of other drivers promoted Tanak to third. 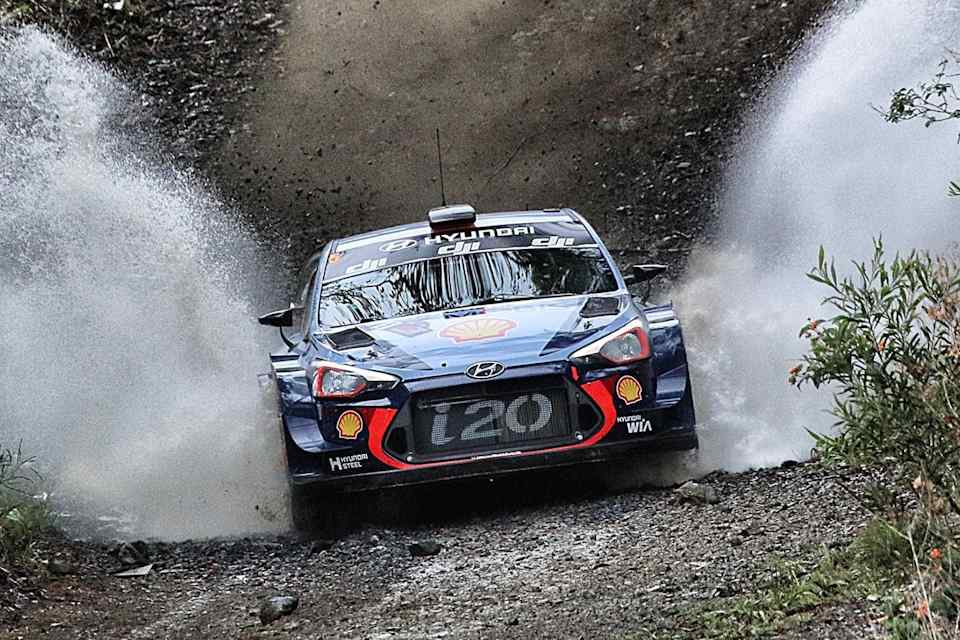 Torrential rain struck the third day of Rally Australia, leading to the cancellation of some stages. On the stages that did push through, Latvala was determined to catch up to Neuville to give Toyota a win for the season finale. Latvala was able to slash Neuville's lead in half with the latter responding with a daring drive on the slippery mud.

Unfortunately for Latvala, his push for the win resulted in a crash on the final stage. With Latvala out of the race, Neuville cruised to victory. Promoted to second was Tanak, in his final race with M-Sport and rounding up the top three was Hayden Paddon, adding another Hyundai on the podium.