The 2016 WTCC season is seeing more variety of winners as compared to last year. Team ROAL independent driver Tom Coronel took his overall first win in three years during the opening race while Honda swept the podium for the main race. 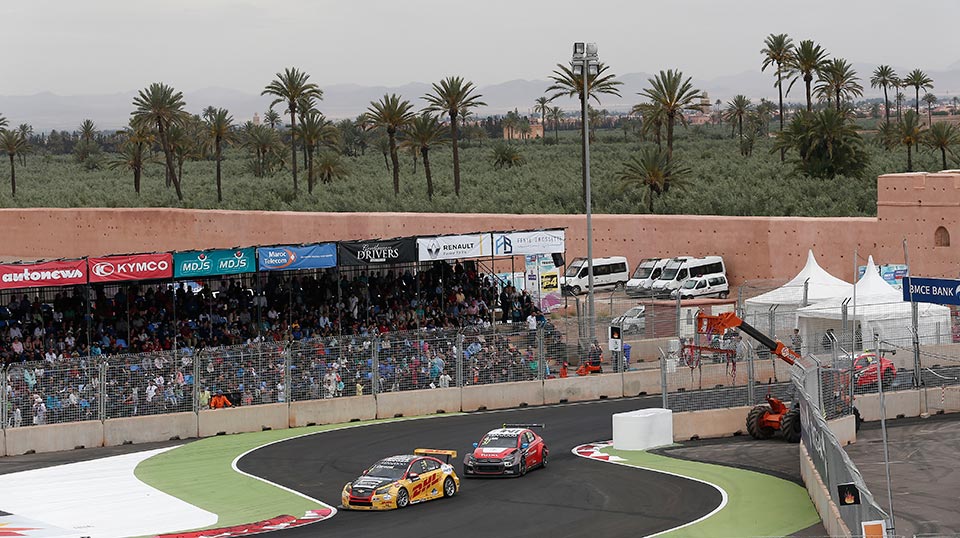 For the opening race, James Thompson took the top spot followed by Hugo Valente and Thed Bjork. It was a clean start for all except for Bjork who had a poor launch. Thompson would keep the lead until he was punted by Valente, taking out the leader. This led to even more contact with Nicky Catsburg and Bjork dropping through the field even further. WTCC stewards were unhappy with Valente's driving as he was slapped with a drive through penalty afterwards.

With the lead drivers out of the way, Tom Coronel inherited the lead. However, on his tail were the Citroen tandem of Jose Maria Lopez and Yvan Muller. Defending champ Lopez tailed Coronel throughout the race while Muller was lurking behind to take the lead if anything happened to the two cars ahead. Lopez made a bold move on Coronel on lap 10 but ran wide, losing ground to the leader and nearly losing second to his own team mate.

After four laps, Coronel was again under pressure from Lopez. Despite the two getting contact in the hairpin, Coronel was able to gain his composure to take the win in Marrakesh. For all his efforts, Lopez was able to keep second and ahead of team mate Yvan Muller. The trio of Hondas led by Tiago Monteiro, Norbert Michelisz and Rob Huff came in fourth, fifth and sixth respectively. Gabriele Tarquini finished seventh, followed by Tom Chilton in eighth. Rounding up the top ten were Mehdi Bennani and Fredrik Ekblom. 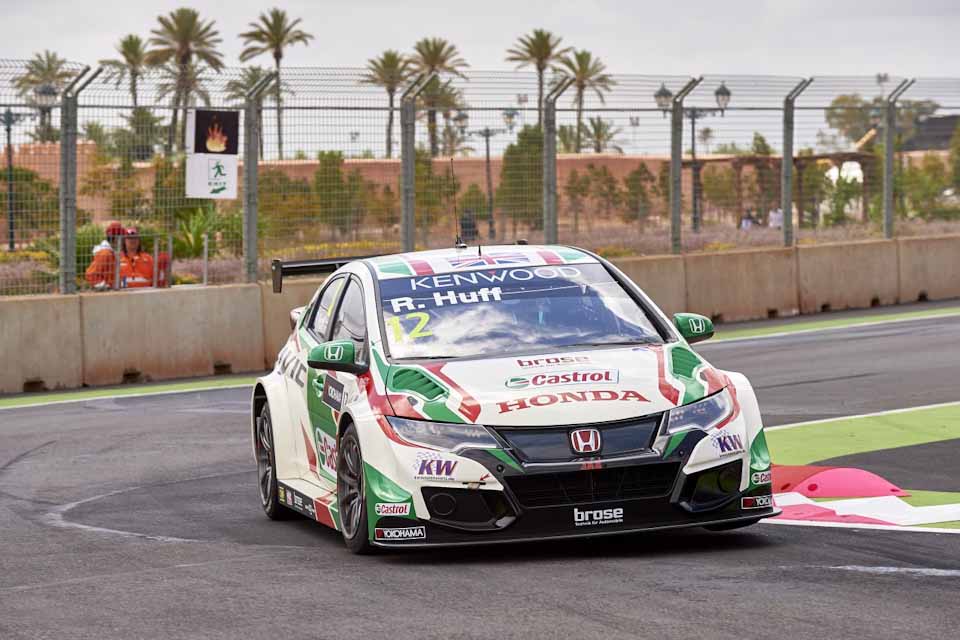 The weather turned for the worse during the main race. The top three positions were held by the Hondas of Rob Huff, Norbert Michelisz and Tiago Monteiro. The race started with Jose Maria Lopez with a stellar start, grabbing third from Monteiro. The field was reshuffled just before the hairpin and saw opening race winner Coronel and Thed Bjork sliding down the pack.

Lopez would lose third to Monteiro after the scuffle but the reigning champ was not letting Honda get away with it. Throughout the race, Lopez was close to the Honda's bumper and trying to pressure Monteiro in to a mistake. With Monteiro guarding the first two Hondas, Lopez made bold attempts to snatch the final podium place from the Honda driver. Despite repeated contact, Monteiro did not fold under pressure and even forced Lopez to go wide in one of the turns. 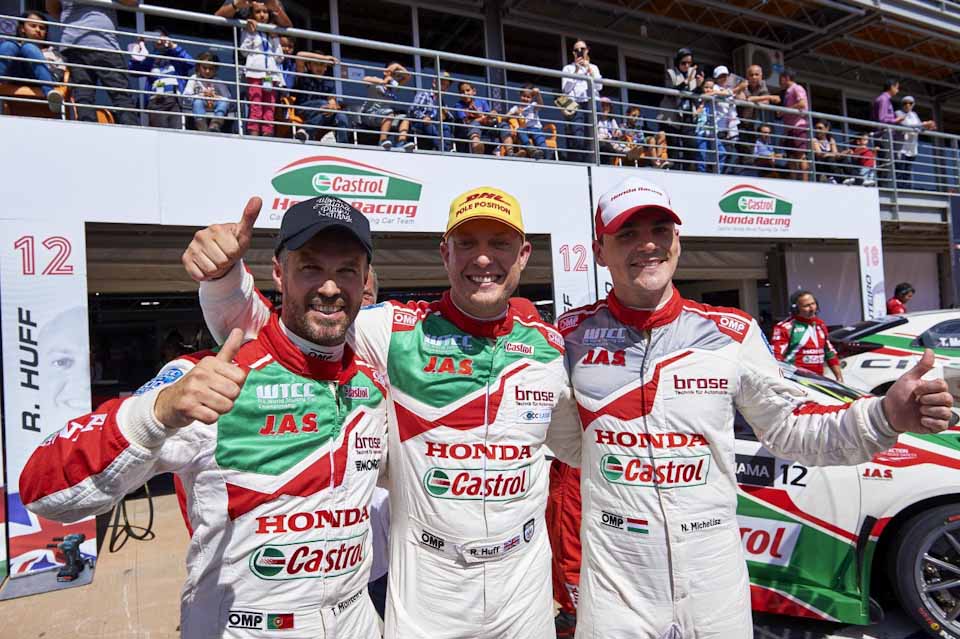 The race finished with a podium sweep for Honda with Rob Huff leading the charge. Team mates Michelisz and Monteiro finished second and third respectively. Lopez had to settle for fourth with Yvan Muller in tow for fifth. The Lada team mates punted each other out of the way but Gabriele Tarquini was able to hold on for sixth. Seventh would go to fellow Lada driver Hugo Valente. Mehdi Bennani, James Thompson and Tom Chilton would round up the top ten.

The next round will be held in Nurburgring Nordschleife for the WTCC Race of Germany from May 26 to 28.