The season opener of the 2016 World Touring Car Championship kicked off last weekend in the Paul Ricard Circuit in France. While Citroen continued their winning streak with Jose-Maria Lopez, Honda's new Civic WTCC made an impressive debut, winning its first race with Rob Huff at the helm. 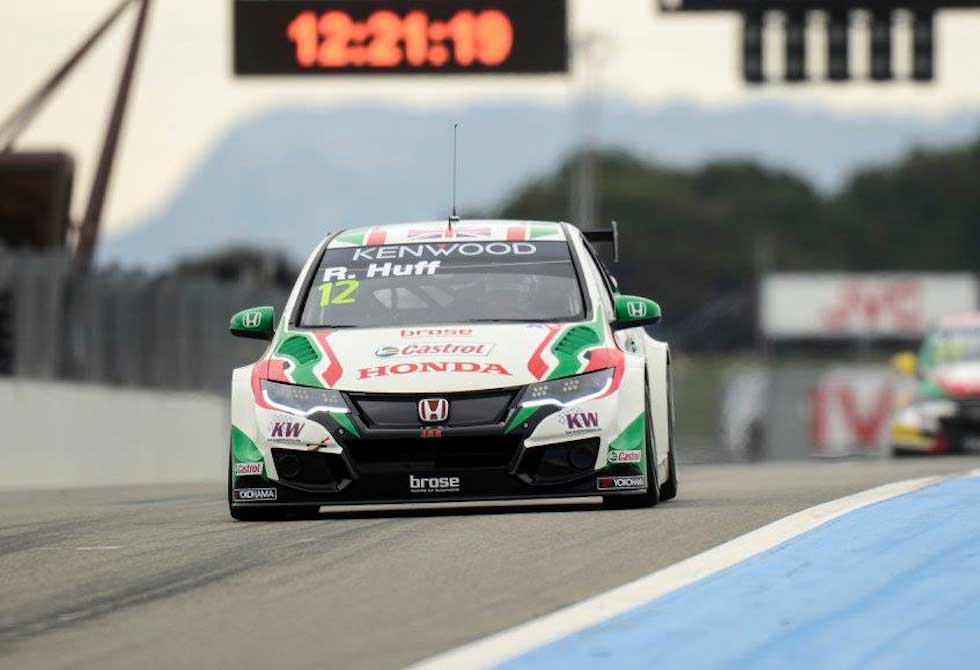 Despite being new to Honda, Rob Huff had the perfect start with his new team. Sitting alongside pole-sitter, Hugo Valente, Huff timed his launch just right and took the lead from that moment onwards. Valente continued sliding backwards through the field and second place was now taken by Mehdi Bennani. However, the strong run from Huff meant that Bennani would be unable to catch up to the 2012 champion as Huff led the pack all throughout.

Bennani would have to settle for second but his runner up position on the grid meant he was the winning driver for the Yokohama Independents Trophy. Finishing third was Norbert Michelisz driving for the official partner of the Honda World Touring Car Team, Honda Racing Team JAS. 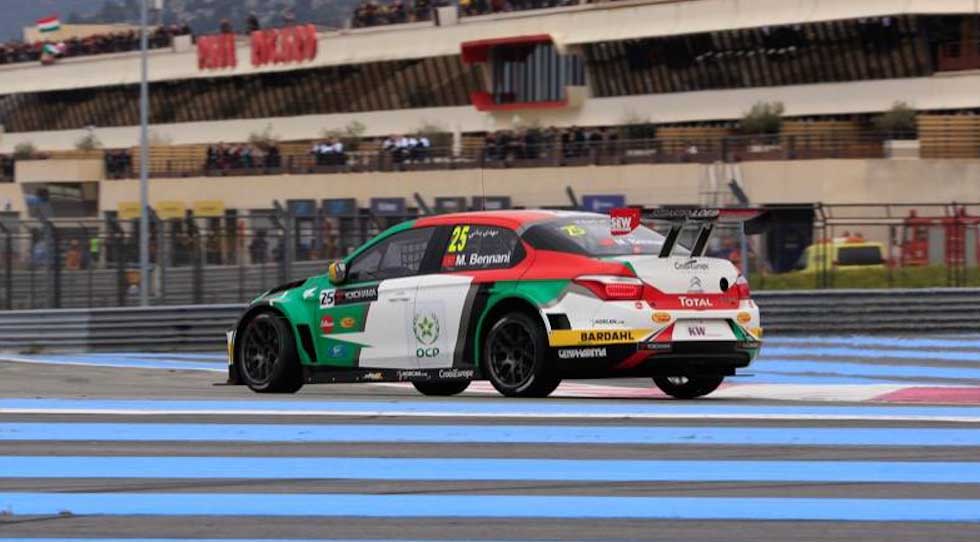 Honda continued piling up the points for the manufacturer's trophy with Tiago Monteiro taking fourth. Monteiro had a particularly busy race, charging through the field from his ninth place starting position. In fifth place was pole-sitter Valente who was overtaken by the pair of Hondas with three laps to go.

Defending champion Jose-Maria Lopez had a slow start in race 1, dropping back to as far as eleventh. He was able to recover and finish sixth. In seventh was Thed Bjork for Volvo Polestar racing, followed by Nick Catsburg in eighth. Rounding up the top ten were Tom Coronel and Gregoire Demoustier. 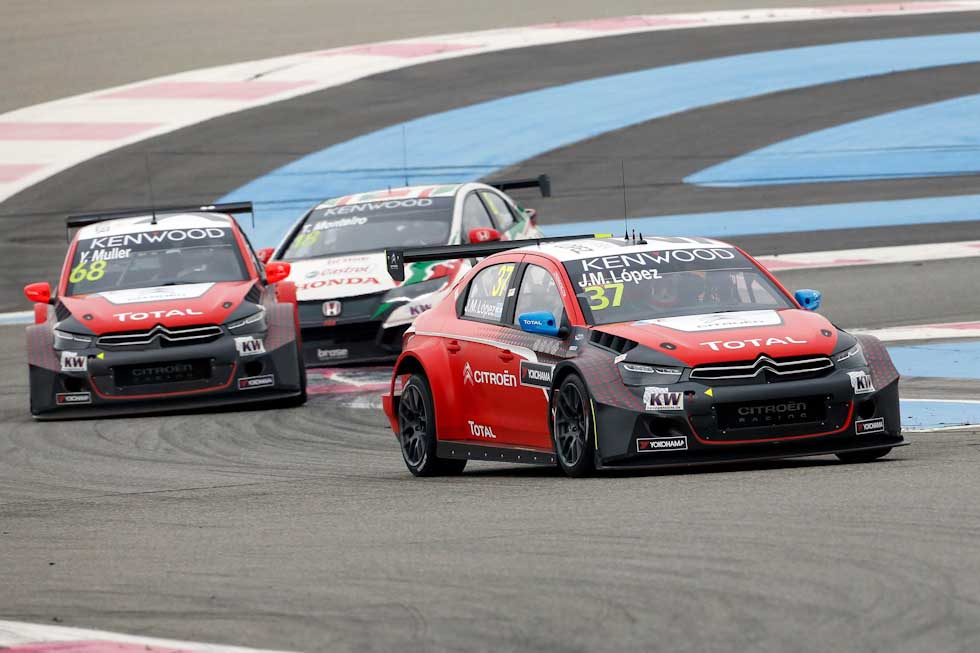 Starting on pole was defending champ Jose-Maria Lopez with Tiago Monteiro alongside him. Lopez had a great launch while Monteiro dropped to third with Yvan Muller taking second. Race 1 winner Rob Huff was forced wide by Lada's Gabriele Tarquini which forced the field to take evasive action. Hugo Valente was also involved in the incident.

Monteiro was able to take second place back from Muller but not after contact with the latter on lap nine. With Muller pushed wide in the final corner, Norbert Michelisz was able to take third behind Monteiro. With Muller out of the way, Monteiro set his sights on Lopez's Citroen. The two drivers went all out with Lopez defending hard against Monteiro. 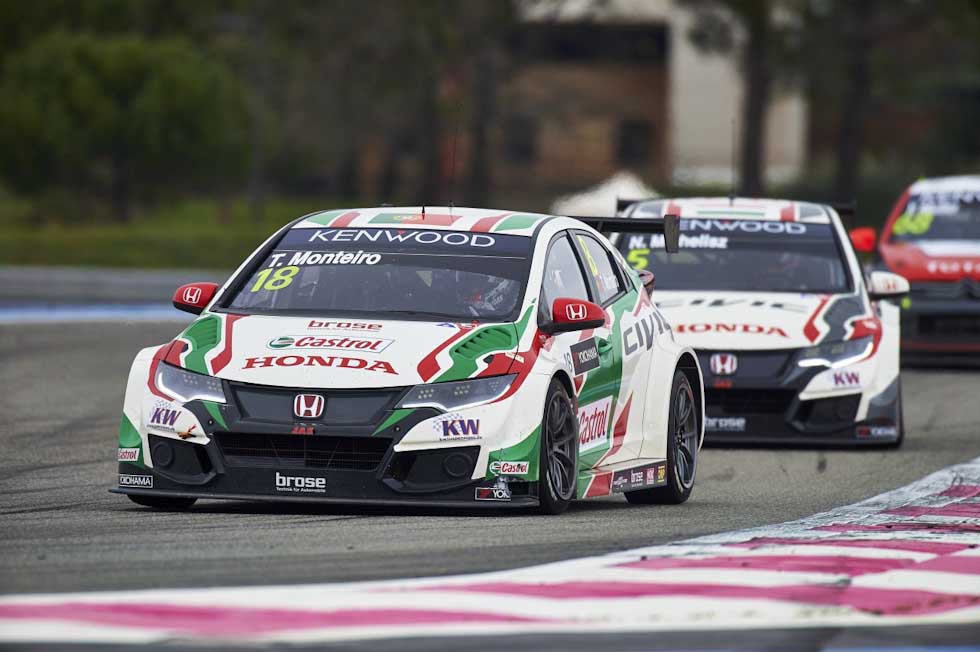 Lopez was able to hang on to the lead and denying Honda the chance of a double win in France. Tiago Monteiro finished second, just 0.284 seconds behind. Norbert Michelisz crossed the line third, racking up more points for Honda in the manufacturer's trophy.Yvan Muller finished fourth, followed by Nicky Catsburg in fifth. Despite the close call in the opening stages, Rob Huff was able to recover and finish sixth with Hugo Valente in seventh. Mehdi Bennani came home in eighth and was also the winning driver for the Yokohama Independents Trophy. Tom Chilton and Fredrik Ekblom complete the top 10.

The next round of the WTCC will be held in Slovakia at the Automotodrom Slovakia Ring on April 15-17.

Kia all set to join TCR with race-ready Cee'd

Stockinger to fly the Philippine flag at the 2016 Blancpain GT Series driving an Audi R8 LMS with I.S.R. Racing

The problems of 1973 are the same as 2020, but can our generation prevent history from repeating again?