It was a close fight for the World Touring Car Championship this season but Thed Bjork did enough to hold off Norbert Michelisz to claim his first driver's title. Not only that, the sophomore driver also gave Volvo Polestar racing their first, and soon to be only constructor's title in the series. As the Polestar separates itself from Volvo, this championship is significant for both companies. 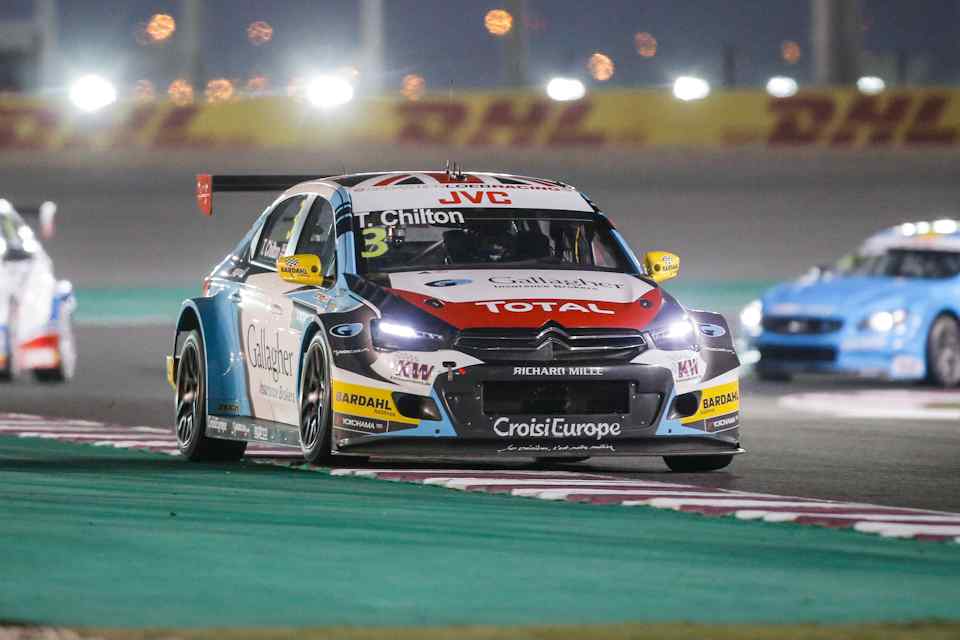 Following the reverse grid format, it was Kevin Gleason who would start on pole with Mehdi Bennani alongside him. Occupying the second row was Tom Chilton and Kris Richard in third and fourth, respectively. The first three would make a clean start but Richard had a slow getaway, allowing John Filippi to take fourth and the rest of the pack bunched up.

Richard was soon swamped by the Volvos of Bjork, Nicky Catsburg and Yvan Muller. Rob Huff was in the middle of the pack of Volvos while championship contender Mischelisz was closing in on the rear bumper of Catsburg. By the second lap, Bennani made a bold move on the outside of Gleason and made it stick. Chilton did the same move a lap later. 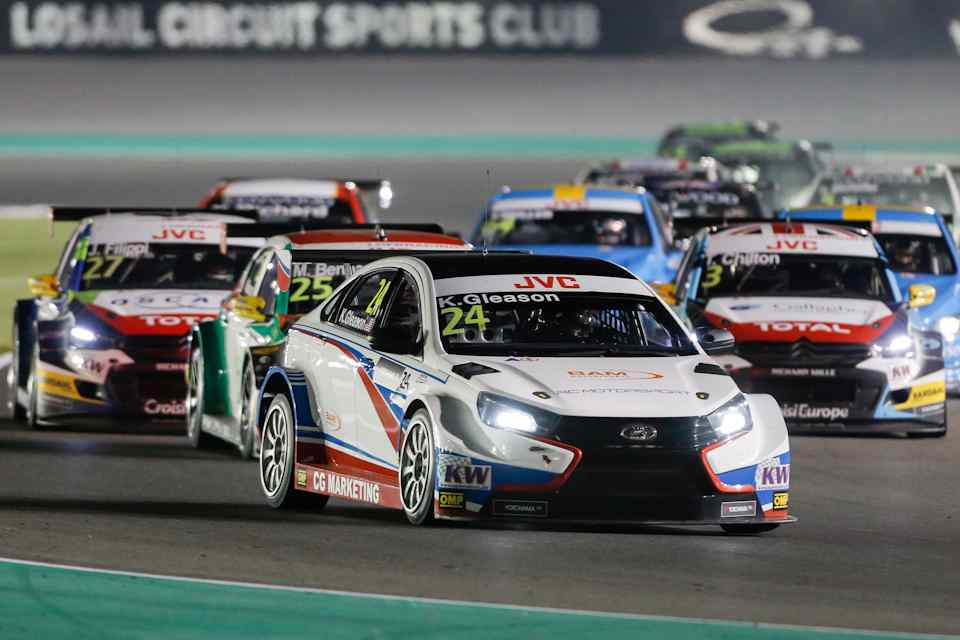 By the halfway point, Bennani and Chilton had run away from the field. Gleason was still holding on to third and was coming under intense pressure from Filippi and Bjork. Yvan Muller and Rob Huff were slugging it out for sixth place with the latter keeping close to former champ's rear bumper. Back in front however, the fight for the independent's trophy was heating up.

Chilton was able to close the gap between him and Bennani with just a few laps to go. Despite being team mates, the two repeatedly touched fenders in a bid to be the opening race winner, as well as the independent's champion as both were just half a point away from each other. Chilton eventually succeeded and eventually won the race. Bennani eventually crossed the line in second and over one second adrift from his team mate. Gleason was able to hold off Filippi to take the last podium position. 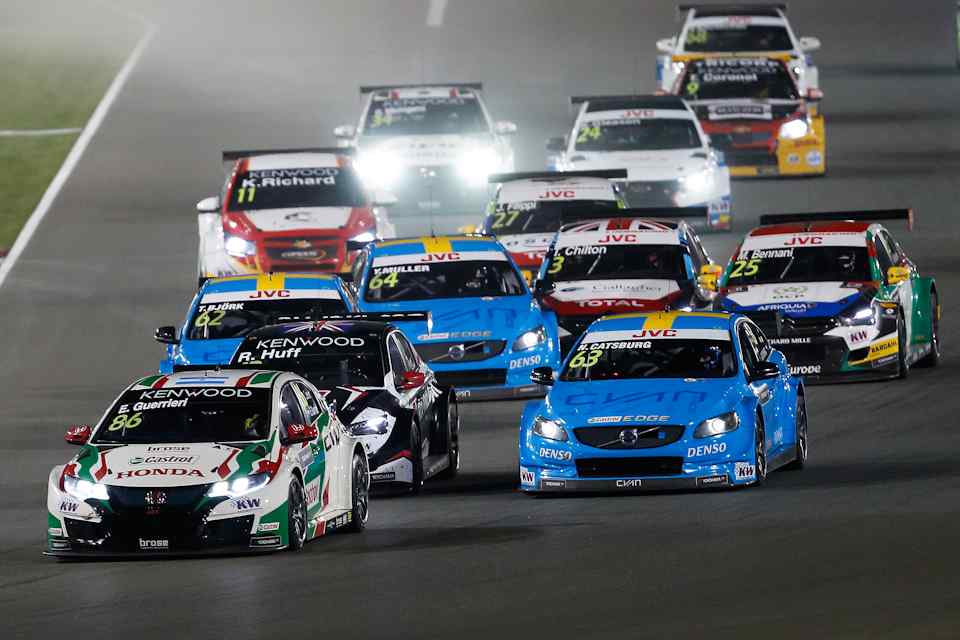 Starting on pole for the Main Race was Esteban Guerrieri and was accompanied by Catsburg in the front row. Huff and Bjork meanwhile would occupy the second row. Guerrieri waas determined to drive away from the field as quickly as possible and was helped by the charging Citroen of Huff. Huff made a good launch which saw him passing Catsburg by the first turn.

At the middle of the pack, Muller and Bennani came into contact with each other, sending the latter sideways and the hopes of claiming the Independent's Trophy title away. With Huff and Catsburg fighting for second, Guerrieri ran away with the lead. Further back, Richard dove in on the inside of Muller, who suffered damage when he made contact with Bennani. Michelisz on the other hand was hampered by brake problems, leaving him outside of the top five. 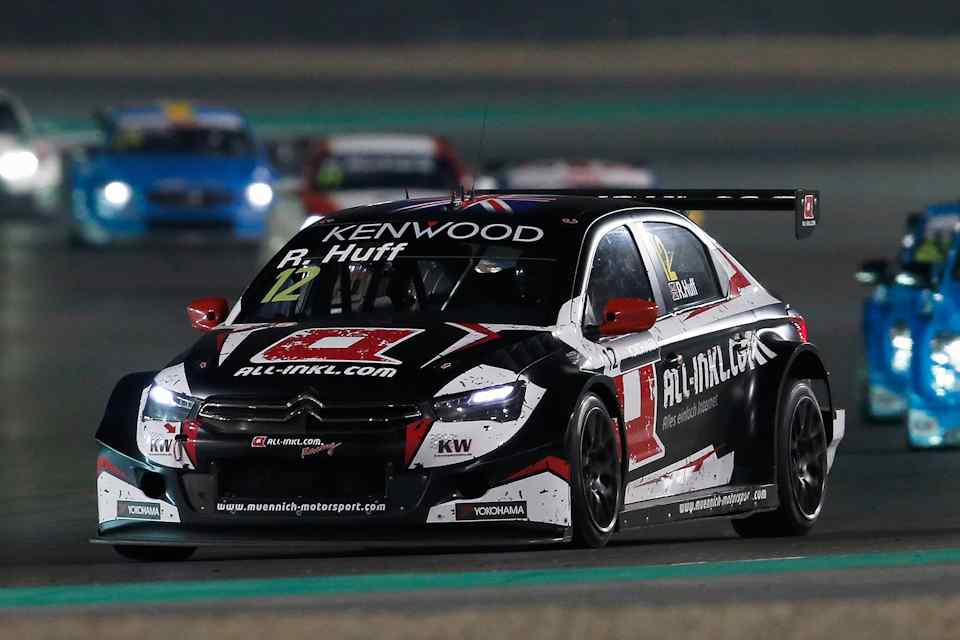 Bennani would later retire from the race due to suspension damage. This allowed Chilton to take the title for the Independent's Trophy. Back in front, Catsburg let Bjork ahead to further distance himself from a struggling Michelisz. Huff on the other hand was sitting comfortably of the Volvo.

The rest of the race carried through without any changes in the order. Guerrieri would cruise for the victory, with the rookie securing his future in the World Touring Car Championship. Huff was three seconds away and took home second. Rounding up the podium was Bjork, whose third place finish was enough to seal the title.

Weatherproofing tips for your car