Following his maiden win in China last year, Thed Bjork proved he can bag more victories after winning the main race in the WTCC Race of Italy at Monza. With that, Bjork also gave Volvo Polestar the team's second win in the series. As for the opening race, Tom Chilton was able to bag his fifth WTCC win for Sebastien Loeb Racing with Citroen. 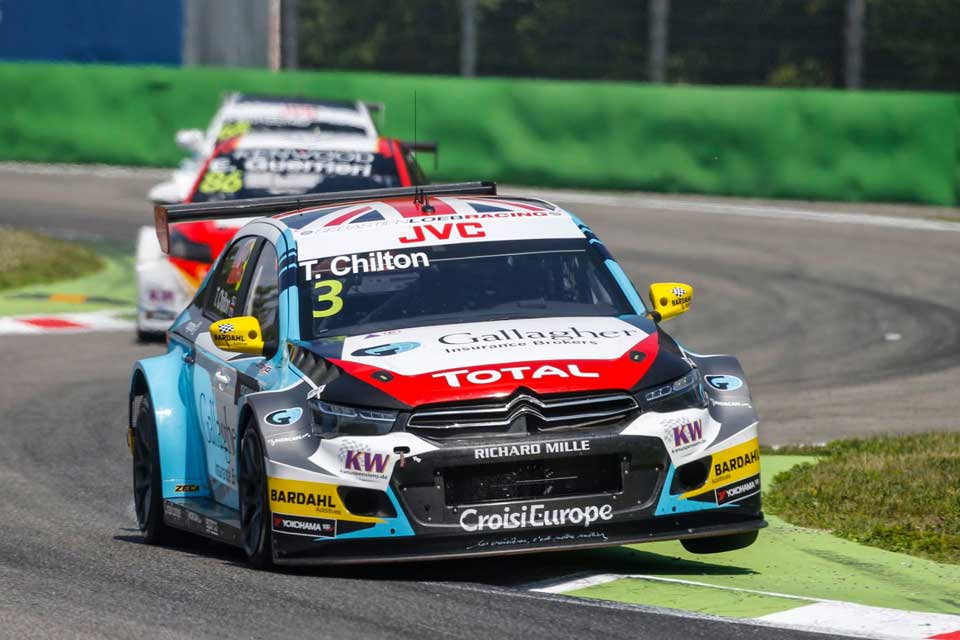 Starting on pole for the opening race was Tom Coronel and alongside him was Medhi Bennani. Esteban Guerrieri was in the second row, starting third with Tom Chilton in fourth.

Coronel had a bad start, stalling on the grid when the lights turned green. Guerrieri also stumbled at the start, allowed Bennani to sail past the two ROAL Chevrolets. Chilton also took advantage of the slow-starting Chevrolets to be promoted to second place with Honda's Norbert Michelisz in tow for third. Michelisz, along with Nestor Girolami, was able to pass Chilton on the second lap. Unfortunately for Girolami, he would retire from the race with a broken suspension from him Volvo. 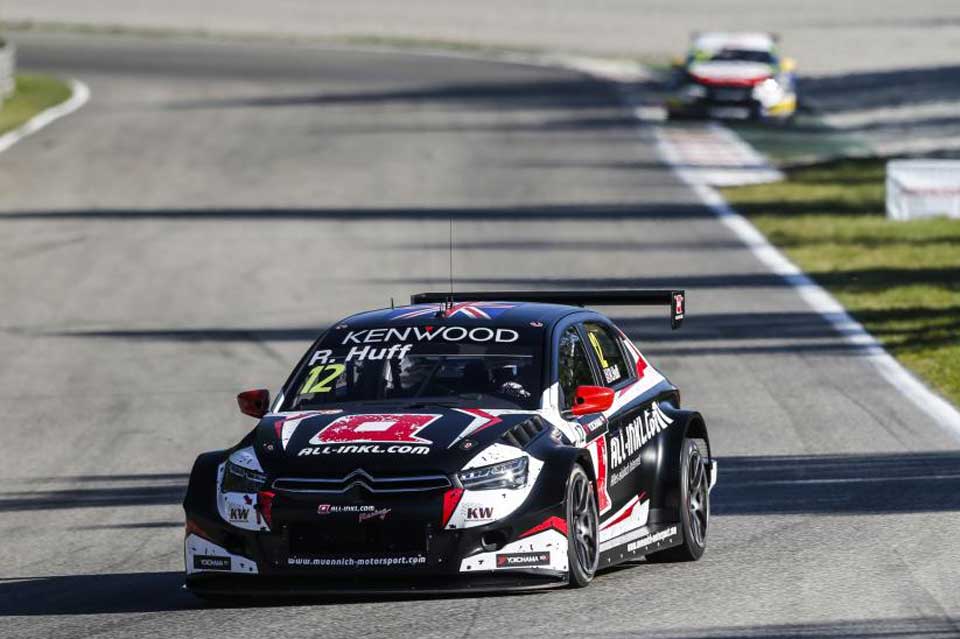 By the third lap, Michelisz was charging hard towards Bennani and made a bold attempt to pass at the Parabolica corner. Bennani turned in on the side of Michelisz, sending the two off the track and into retirement. Because of that, Chilton inherited the lead and was unchallenged for most of the race. Guerrieri meanwhile held on to second place but was soon under threat from Rob Huff. With a cleaner exit on to the main straight, Huff overtook Guerrieri just before the first chicane.

Guerrieri would continue to slid backwards through the field as he was quickly overtaken by points leader Tiago Monteiro. Thed Bjork quickly dispatched of the Argentinian driver two laps later. Rob Huff tried to keep up with Chilton but the latter defended well to claim his fifth win in the WTCC. As for Monteiro, he finished third, comfortably ahead of Guerrieri and Bjork. 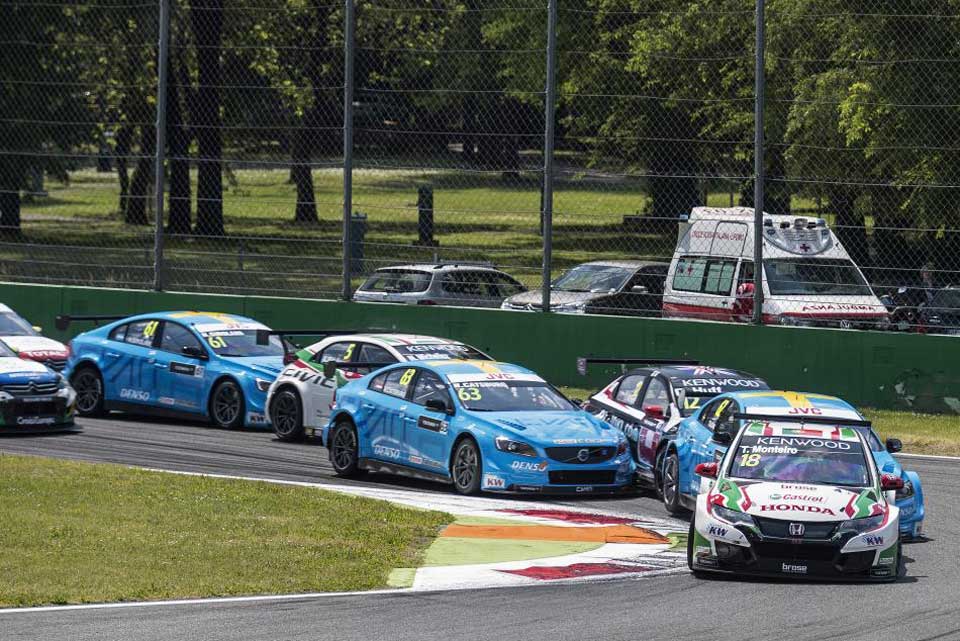 For the main race, it would be Thed Bjork starting on pole and Tiago Monteiro in P2. The third slot on the grid went to Rob Huff while fourth went to Nicky Catsburg.

Bjork had a slow start in the main race and Monteiro quickly took the lead from the Swede. The two went wheel to wheel as Bjork tried his best to reclaim the lead. Then on the second lap, Bjork had a better run at the Parabolica and was able to pass the Honda driver. He then began to pull away from Monteiro but the field was bunched up after Tom Chilton's car broke down at a dangerous spot. Chilton's stricken Citroen brought out the safety car for a few laps. 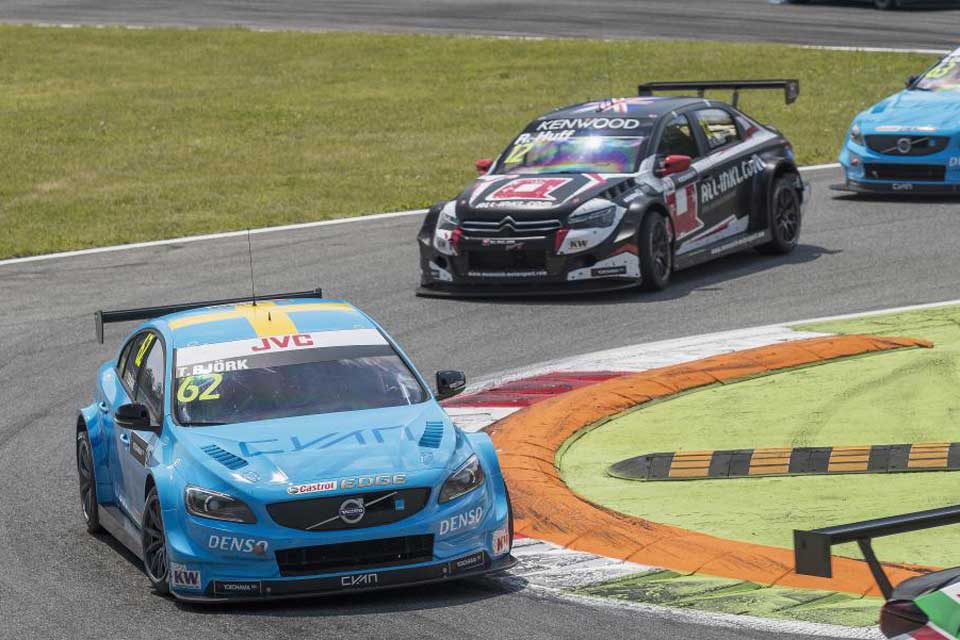 When racing resumed, Bjork made sure that he would get a better jump on Monteiro to maintain the lead. Luckily for him, Monteiro had to hold off Huff and Catsburg, allowing him to race undisturbed in clean air. Catsburg then started losing ground on the top three drivers, making it a two-way battle for second place between Huff and Monteiro. The two would continue to fight it out until the end of the race.

With no pressure from behind, Bjork cruised to his second win in WTCC by a comfortable margin. Monteiro's defense saw him stick to second place with Huff in third. Catsburg meanwhile ended the race in fourth with a big gap between him and fifth place. The fight for fifth meanwhile was a close one but Guerrieri barely took the position from Michelisz with just a 0.001 second gap.

McLaren-Honda is looking for the World's Fastest Gamer

The McLaren-Honda F1 team is on the search for their next sim driver, and you could be it

Neuville makes it two-for-two for Hyundai with a slim 0.7 second margin in Argentina