NASCAR has produced some of the most spectacular pileups in motor racing, mostly in super speedways like Talladega and Daytona. Last weekend however, it would be the World Touring Car Cup or WTCR that would have what's called 'The Big One'.

The Vila Real street circuit in Portugal is a tight course and it didn't take long before the carnage broke out. Sebastien Loeb Racing team mates Rob Huff and Medhi Bennani were leading the pack when the two made contact and all chaos broke loose. The two slammed into the wall hard with Huff's Volkswagen GTI pinging into the side of Norbert Michelisz's Hyundai i30 and Bennani going airborne and landing on Thed Bjork's Hyundai.

With the track completely blocked, the cars kept piling in at speed. Bumpers, fenders and tires flew off some of the cars and Huff's GTI briefly caught fire. Fortunately, he was able to press the fire extinguisher button before the flames spread out. Seeing the carnage in front, the drivers at the back tried to slow down as fast as they can. However, cold brakes prevented them from doing so, causing yet another pileup at the tail end of the field.

Despite the mangled metal, some drivers were lucky enough to emerge relatively unscathed from the incident. Tom Coronel was able to weave out his Honda Civic Type R of trouble and stop just before the ruined Cupra Leon of Pepe Oriola. Nathanael Berthon was just as lucky in his Audi RS3, following the line of Coronel. 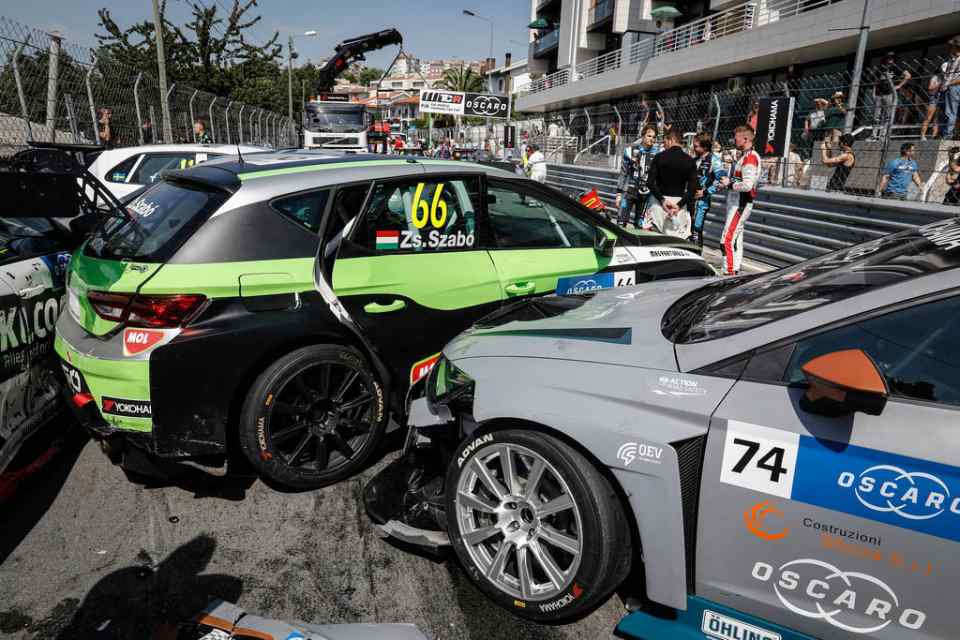 There were moments of camaraderie when the dust settled. Some drivers hopped out of their cars to help their fellow racers out of their pinned race cars. Munnich Motorsport's James Thompson helped his team mate Yann Ehrlacher out of his crashed Civic by puling him out of the tailgate. Touring car veterans Gabriele Tarquini and Yvan Muller on the other hand came to the aid of Huff, who's car saw the engine ripped out due to the force of the impact. Other drivers, such as Coronel and Berthon, checked on their fellow racers.

All in all, 27 cars were involved in the crash, some of which requiring major repairs in order to keep racing. Needless to say, officials red-flagged the race. Fortunately, all drivers were uninjured in the pileup. 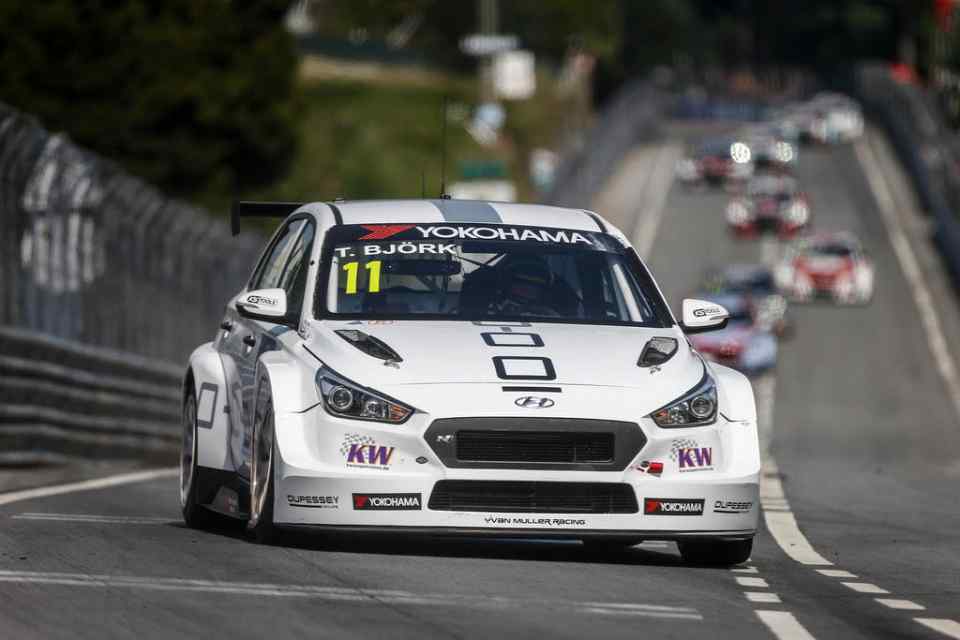 Racing resumed later that day and was won by Yvan Muller. The following round (held the next day), it would be rookie Mato Homola with his Peugeot 308 taking the top step of the podium, scoring his first win in WTCR by outfoxing the winner from the day before, Muller. On the third day, it would be redemption for Thed Bjork, who's car served as a landing pad for Bennani's flying GTI. With a repaired car, it would be a lights to flag victory for the 2017 World Touring Car Champion.

With Kimi Raikkonen set to retire from Formula 1 soon, Toyota appears to be interested in having The Iceman in their WRC team.