On the sidelines with the most successful GT Academy graduate

Jann Mardenborough steps up to GP2 this weekend

Jann Mardenborough is arguably one of the most successful graduates of Nissan GT Academy having won the 2011 edition of the "gamer to racer" program of Polyphony Digital’s Gran Turismo in cooperation with Nismo. He was the youngest GT Academy protege at 19, having won the European division. His first official race debut was at the GT4 European Cup under RJN Motorsport as part of his driver development program to prepare for the 2012 Dubai 24 Hour Endurance Race where the team figured 3rd in the SP2 class with a Nissan 370Z GT4. 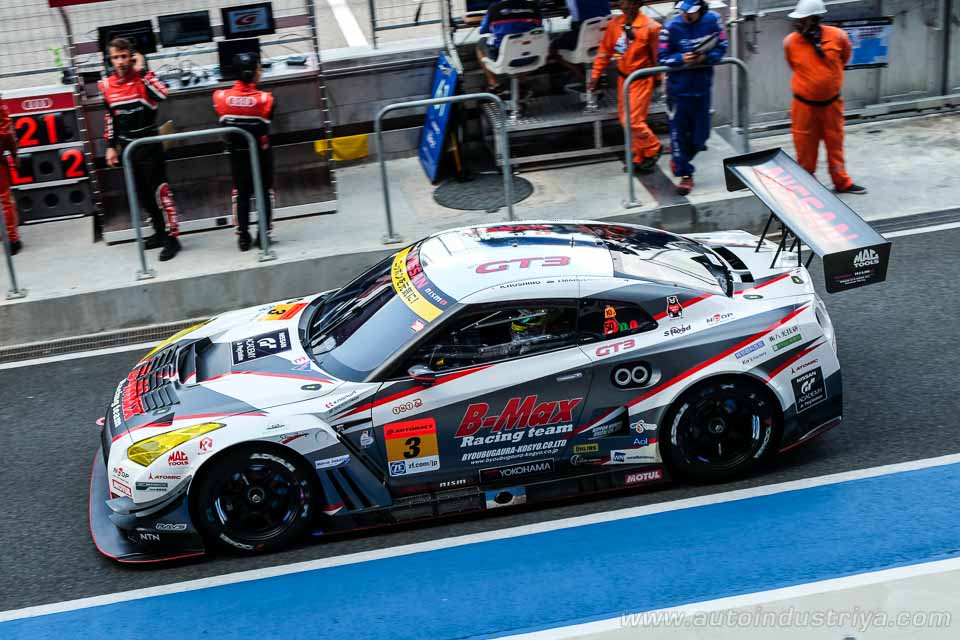 Mardenborough’s quick rise to stardom has given him the opportunity to compete in prestigious race events and championships such as the British GT Championship, Blancpain Endurance Series, 24 Hours of Le Mans (LMP2), GP3, GP2, British F3, European F3, Masters of Formula 3. In 2013, the British GT Championship stewards deemed him "too fast" to compete as an amateur for the Pro-Am division. 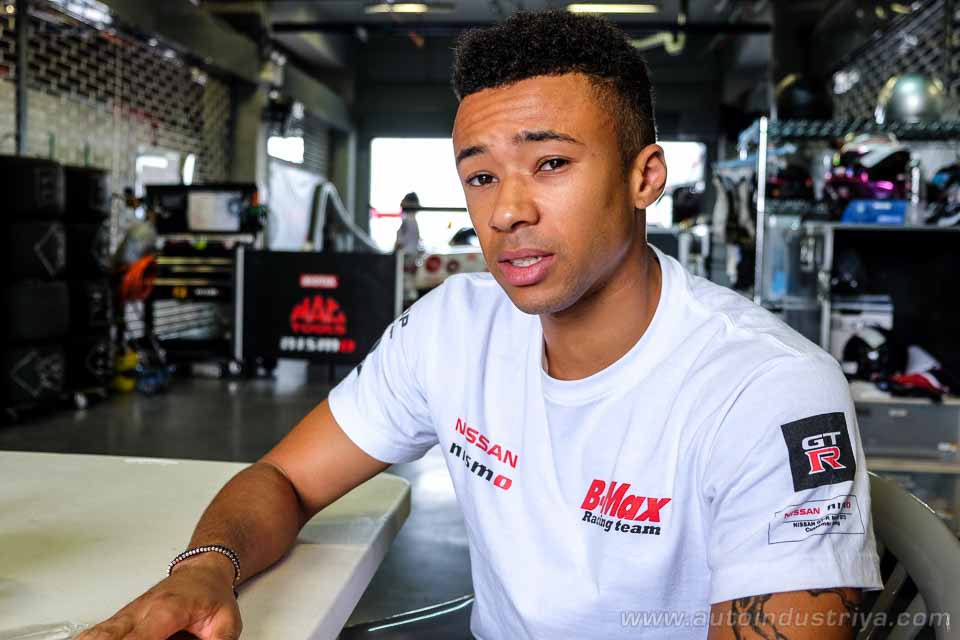 The 2016 season sees the 25-year-old Darlington-born Englishman competing in the All-Japan Formula Three series where he finished second in the championship under B-MAX Racing with NDDP. He also joins the Super GT Series GT300 division, also under B-MAX Racing with NDDP driving a Nissan GT-R GT3 where his team is currently 2nd in the championship. "Jann the man" is also set to compete in this year’s FIA Formula 3 Championship at the Macau Grand Prix in November.

During the last Super GT race in Buriram, Thailand, we were able to spend few minutes with Mardenborough and talk about his career and his experiences as one of the premier drivers to hail from Nissan's GT Academy.

BC: How’s your experience this weekend?

JM: It’s my first ever time in Thailand. My first day wasn’t so good, actually, I think I caught some food poisoning from some water I drank that was probably bad and felt very ill. Fortunate to have quickly recovered and from Thursday onwards I’ve been very well. But generally a very good experience still, especially when I arrived at the circuit on Friday.

BC: How different was your experience on the circuit?

JM: So far on the circuit, in practice and qualifying we’ve been very good. We qualified in second for today. We’ve (our team) raced here two times in the past, with my teammate Kasuki Hoshino driving the GT-R GT3. Each time the car has been here, it has performed very well and also won.

BC: What do you think of the Buriram Circuit

JM: It’s a circuit where it’s quite wide a little bit like Silverstone. New circuit, good for overtaking; good for our car, because there aren’t too many slow corners. I’m really looking forward to the race, this is circuit is really nice to drive on actually.

BC: What are your thoughts for the race?

JM: We’ve just had practice and it means nothing that we’re the quickest in practice. It’s got a good flow, sector 2 and 3. We’ve yet to race and I’ll be happy when we cross the finish line in a good position.

BC: So you’re looking forward to taking home the win?

BC: How does Super GT compare with the other championships you’ve been in?

JM: Super GT is seriously competitive, and also there’s a lot of track time and the drivers get a lot of seat time as there’s a bit of a tire war going on as well. There are many manufacturers; Yokohama, Michelin, Bridgestone, and Dunlop; they always try to give us the best tires. We get to do a lot of testing and its great for any driver, of course. The championship itself is very good fun. In Super GT we get the success ballast, which we don’t get in Europe, in GT3 racing.

BC: How do you see the success ballast in competition?

JM: It levels out the championship which makes strategy very critical. Our car has over 60 kilos of ballast which is quite a lot of weight going against the series leader who has over 90 kilos and they have struggled all weekend. I like that it’s unpredictable. The championship itself is composed of professional drivers, there’s no weak team here. I enjoy being in this environment because it makes me want to be the best. It makes me want to improve myself 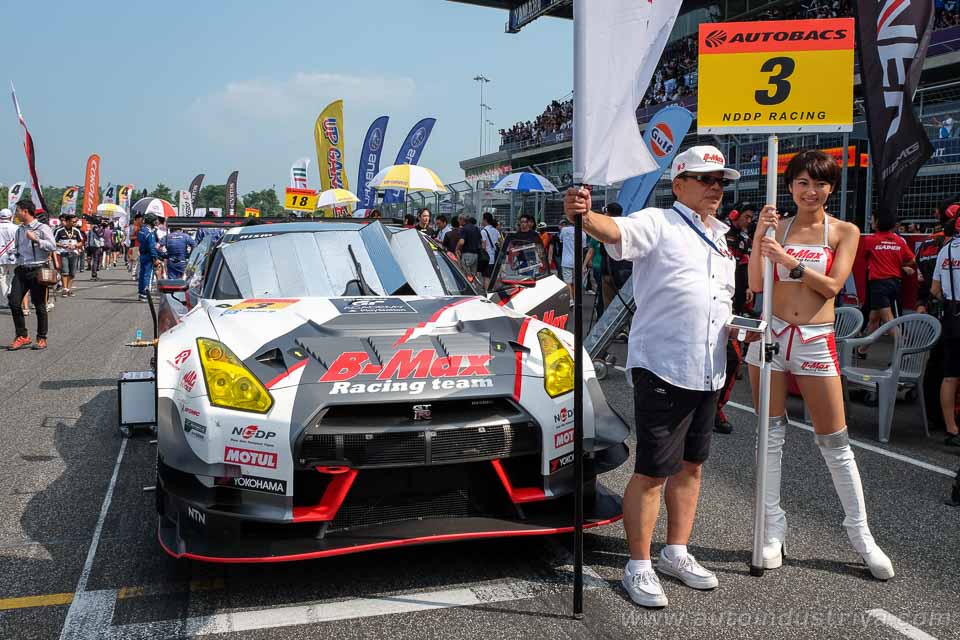 BC: How is it to be part of the Nismo team?

JM: It’s definitely awesome, to be with Kazuka who’s been a works driver for a quite a long time. The GT500 team as well, with Quintarelli and Matusda who’ve been champion for many years; it gives me a good environment where I want to progress.

BC: You’re the only driver from GT Academy, what are the thoughts of the drivers on that?

JM: The best complement I can get from the drivers is being treated just the same as any driver. For GT Academy and me, that’s the perfect situation to be in, to know that you’re at a stage in your career that you’re seen as a professional. When we do simulators, they’re always like I don’t want to race with Jann because it’s gonna be unfair. But in terms of actual racing with Nismo drivers, I get treated normally.

BC: With the GT Academy Finals underway in Silverstone in a little over a week, what’s the best advice you can give the candidates? Especially those from the Philippines.

JM: If you can look yourself in the mirror before you enter Silverstone and after Silverstone and say to yourself that I’ve given the best performance possible, I’ve trained the hardest, there’s no way I can work any harder then that’s the best you can ask for. You have to give everything because the prize is so big, it’s life changing. So, if you can give your best all the time and it isn’t good enough and you can be happy for yourself. If you don’t you're gonna get found out and it’s gonna show, because all the guys who come to Silverstone for the finals, they all know what they’ll go through from the past drivers. Everyone virtually knows what to expect, they all come in really good shape with good knowledge and understanding car dynamics. The best advice I can really give to any Filipino driver is to train as hard as possible.

Nissan GT Academy's first winner takes us through his story, from racing in the virtual to driving at Le Mans