The marketing minds behind the Clubman Racing Series call the annual shindig, “Where beautiful cars go racing.” Well, to put it bluntly, it’s the truth—accurate to a degree that provides great cardio with every swell of the heart. Guests suffer valuable moisture loss on a hot day from the drool expended. Participants relive old motorsport careers or expand their hobbies onto the track. Local photographers collect a body of new work oozing with authenticity, away from urban meets and humdrum expos. 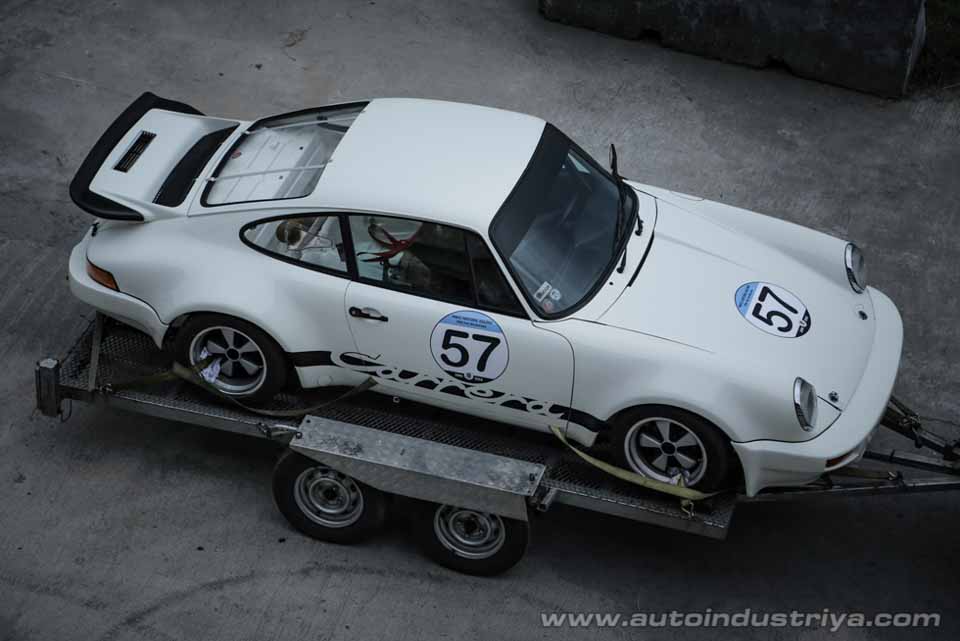 May 29, 2016 was the first of the three races of the season. That fine day was a collaboration between several groups. The mainstays as usual were the Philippine DTM Revival (the awesome conglomeration of German ‘tourenwagen’), Miata Cup, and Manila Sports Car Club’s Historic Races. Some fun new additions to the roster included a handful of Historic Mini Racers and some performance-fueled track time for the modern sports cars wrangled by Autostrada.

Autostrada Motore Inc. also provided a couple of Ferraris and a Jaguar F-Type R for pace car duties. Not only did they lead a slew of itchy-footed supercar owners around the circuit, the high end purveyors (what’s up Marc Soong) gave rides to some giddy guests and even handed some keys to a select few enthusiasts. The Ferrari 488 GTB was a hit with its aggressive looks and award-winning twin turbo engine. We were all treated to another jaw-dropping ‘Prancing Horse’ as well: the track-only 458 Challenge EVO race car piloted by Filipino GT racer Vincent “Enteng” Floirendo (who’s now racing in the Audi R8 LMS Cup). 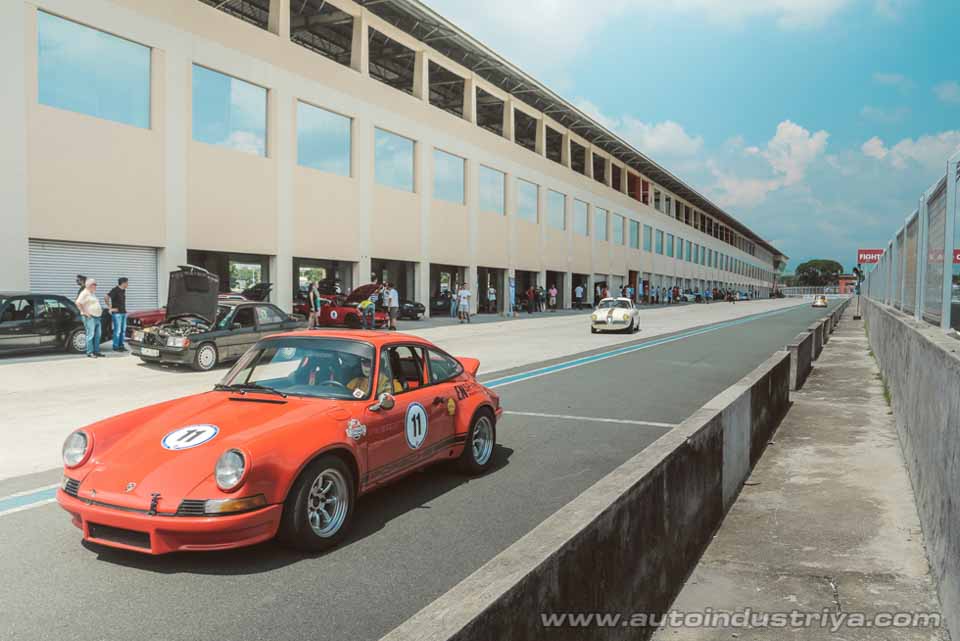 MSCC’s Historic Race (now celebrating its 20th anniversary putting up these ‘race meets’), to me, are the main draw. The vintage-only event attracted a healthy turnout of automotive gems. It’s always invigorating to see the V8-powered, prototype-looking Lola T70 rip through the air. Two Toyota Celiacs from different halves of the ‘70s are regulars too. Add those to the gorgeous lines of a VW Karmann Ghia and the legendary silhouettes of classic Porsche 911s. Three utterly romantic Alfa Romeos raced alongside that day—a GT Junior, Giulietta Sprint, and a “Duetto” Spider.

The arguable star of the show was the public debut of the first local Low Drag inspired Jaguar XKE race car. With its long nose, aggressive stance, and performance staples (like its fuel cell, roll cage, and switches), the dark forest green E-Type caused quite the stir and left mouths gaping. After years of rumors, leaked photos, and updates on the build process, we were all utterly ecstatic for its completion and the achievements of the owner and his masterful collaborators. God, was it gorgeous. 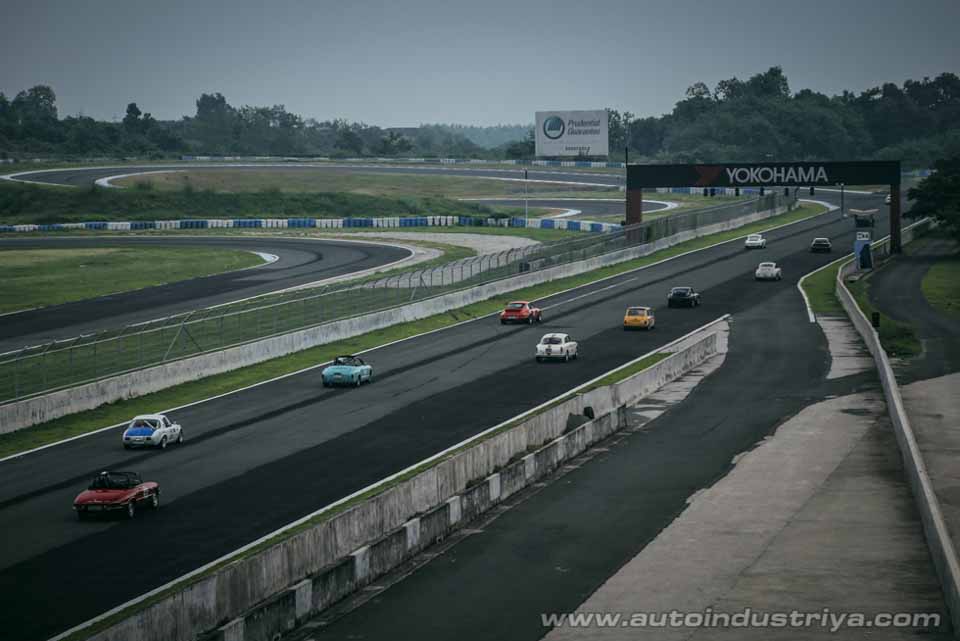 I couldn’t help but reminisce. I remember my very first experience making my way out to one of these things. It was back in 2013, around the time I decided to focus my casual journalistic efforts and photography chops on motoring. Hungry for material, I often sought out events and meets all by my lonesome. I saw a digital poster promoting the “race meet” on MSCC’s Facebook page and immediately was hell-bent on going. From being a solo photographer, complete stranger, and curious enthusiast with a yearning for eye candy, I’ve gotten to develop good rapport with some of the racers, formed rewarding friendships, and have been made to feel a sense of belonging. Now I feel like I can’t get enough.

The aura of the Clubman Races exudes a family feel with paddocks sometimes filled with fold-out chairs, coolers, wives, and boisterous children. Phones and cameras patrol the scene, preserving memories or producing ‘car porn’ for online portfolios. Mechanics make adjustments and do some on-the-spot tuning and racers freely wander over to each other for debriefing battle stories and hearty jokes. Guests from other driving disciplines—drifters, autocross folk, karters, and even motorcyclists, etc—marvel at all the well-built, well-loved, and hard-driven time machines. When it’s time for the old machines to hit the circuit, a spine-tingling cacophony erupts. Engines fire up and the vintage cars launch from the start in a symphony of mechanical combustion and surprising acceleration. 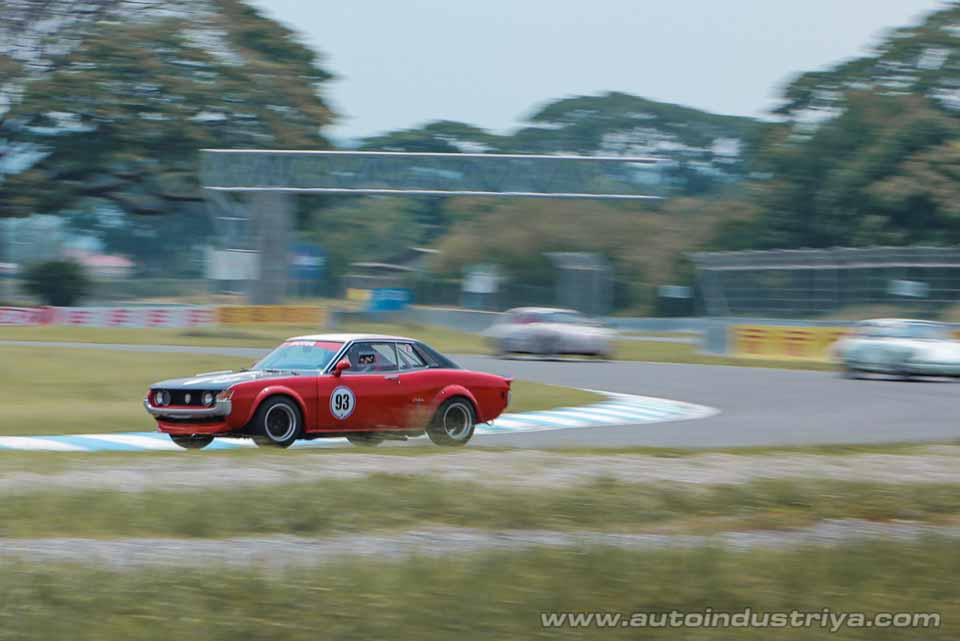 Sometimes people ask if the Clubman Races are ‘real races’. They aren’t on the same echelon as other cutthroat motorsports—where beating your opponents, wooing sponsors, or making a name for yourself can lead to the justification of rubbing, pit lane fistfights, butthurt sores, or politicking conspiracy theories. The Clubman Races have a light and geeky atmosphere full of mature folks that have grown out of their hot-headed heydays. Throughout the years, what did stay with them were their lead-footed desires for all-out driving. The spirit of competition is alive and ascertainable, supplemented by mutual respect and a genuine culture of sharing. Driving tips are passed on from veterans to novices, resources are offered, and playful teasing is shamelessly dealt along with encouragement and praise. Familiar spectacles happen such as spins and DNFs. A driver zealously goes into a sideways drift with a private guffaw. Friendly rivals battle. Bragging rights are rightfully pursued, but self improvement and good engineering are always the preferences—never at the sake of someone else’s safety.

These men keep gentleman racing alive. Vintage racers are a breed we have to thank for reminding us of a time long gone when things like daredevil skill mattered the most—in cars that were raw and unencumbered by soul-sapping technological aids… When beauty and aesthetic design mattered just as much on the race track as it did on showroom floors… When you didn’t need to be young to be considered in your prime. They’re made up of spry seniors who were around when these cars were brand new and middle-aged men with stories of their ex-rally days now rewarding themselves for decades of career grinding and family rearing. There’s the guy that finally wants to try his hand at the track, and the guy who’s still figuring out how to balance the budget between mundane life, mods, and repairs. Then there is the youth… Lucky as a duck for having grown up with a petrolhead parent. Usually a teen, he or she gets to pilot a family passion project, similar to the scenario that weekend where the kid of the Porsche 356A’s driver got to race in a super sick, super compact Toyota Sports 800 in a moving father-son bonding moment. The growing interest of meticulous enthusiasts in all things old school and their efforts to instill the same nostalgia in their children gives us hope that this scene will stay alive. 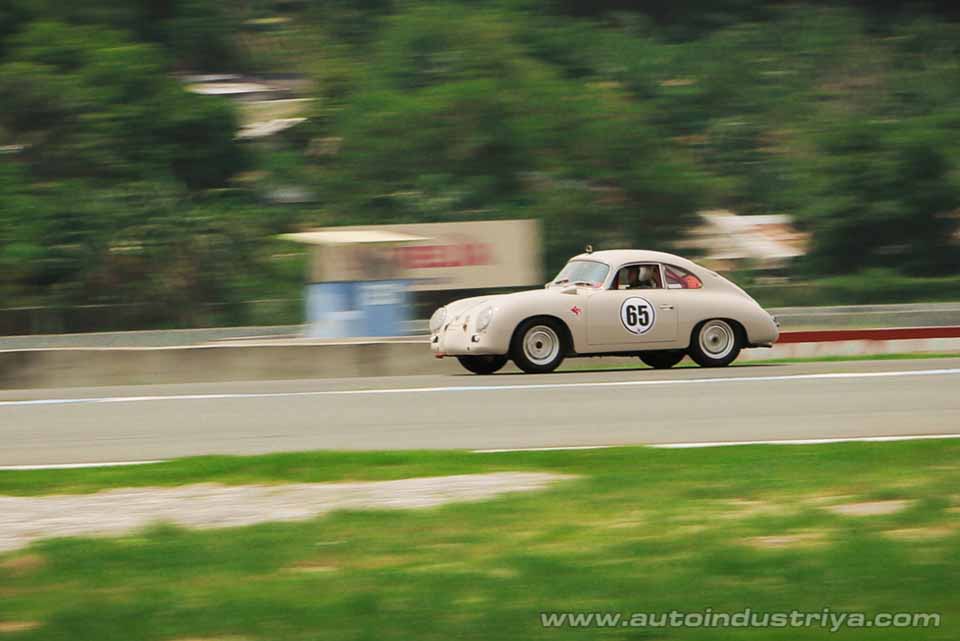 Listed below are the race winners:

The next race is scheduled for July 17 at the Batangas Racing Circuit. Aggressive Line Events has been organizing the Clubman Racing Series for the past couple of years and are looking for sponsors and partners for upcoming occasions, shows, and competitions.

We talk racing with a Philippine-based Dutchman who just started his own endurance racing team.