Turn One at the Clark International Speedway separates the men from the boys.

To give you an idea as to how scary it is, think of the thrill of skydiving. Adrenaline junkies pull the cord as late as they can, but if they misjudge it, they could end up as a pile of mush on the ground. Turn One is the same, but instead of pulling a parachute, you brake. One slip up and you could find yourself falling off a cliff. 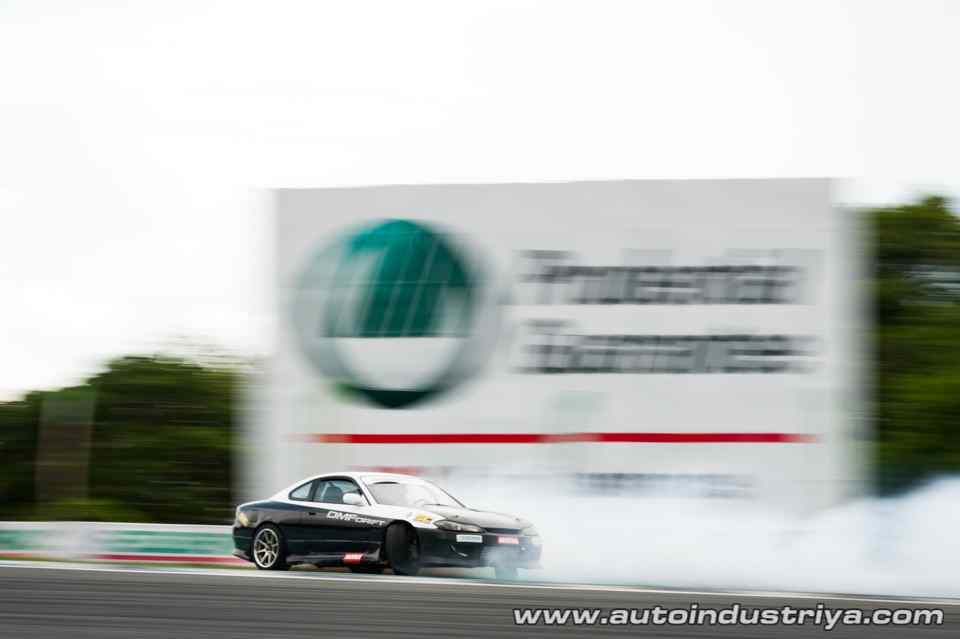 It's hard enough to do when you're driving a fast car on this circuit for a quick lap time, but judging by what we saw, drifting it at speeds in excess of 200 km/h is a different thing altogether. This is art in motion, or at the very least, a massive spin out.

This is the Philippine leg of the King of Nations, an international drift competition that's visiting us for the second time, bringing in some of the best international drivers to compete against talented locals. 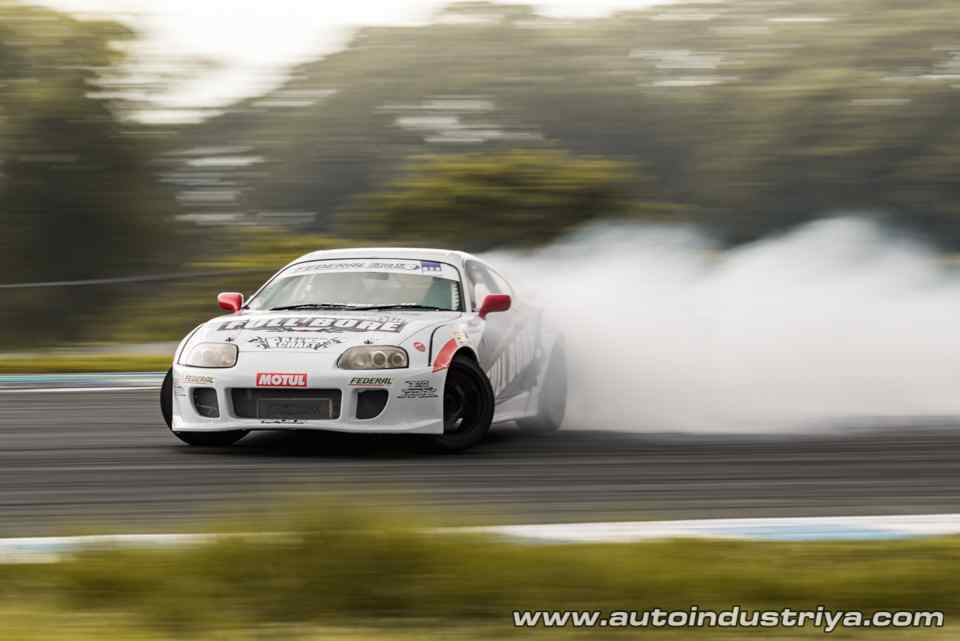 Most local drift events usually take place at parking lots in the Metro; that's great for spectators given the proximity, but not so if you're after speed. With Clark's 1.2 kilometer main straight, speed is exactly what you'll get.

The biggest name in this competition is definitely Daigo Saito. Clearly, he's Japanese, but he drifts all out; think of him as the LeBron of drifting... with a banzai attitude. This year he brought with him a 1,200 horsepower Toyota Soarer. 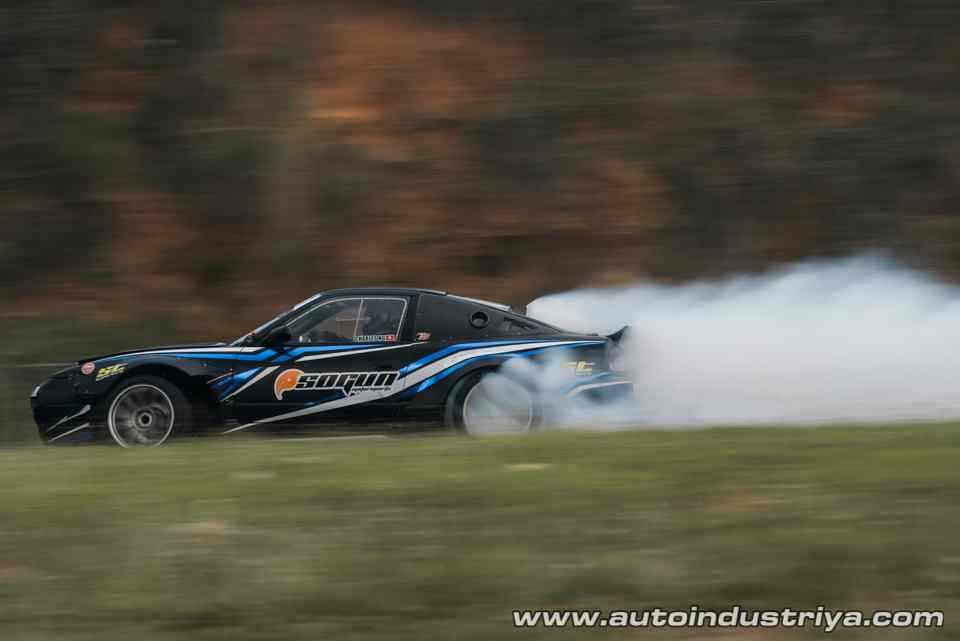 With their cars producing power in the four-digit mark, it made for a great show. Some of the cars were able to hit 200 km/h before initiating the drift, filling the air with noise and leaving huge clouds of smoke just like New Year’s Eve. Curiously, for those used to the smell of exhaust, you can also tell that the foreign driver’s cars had a different scent; that's because some of them brought a special blend of race fuel for their 1,000+ horsepower cars. 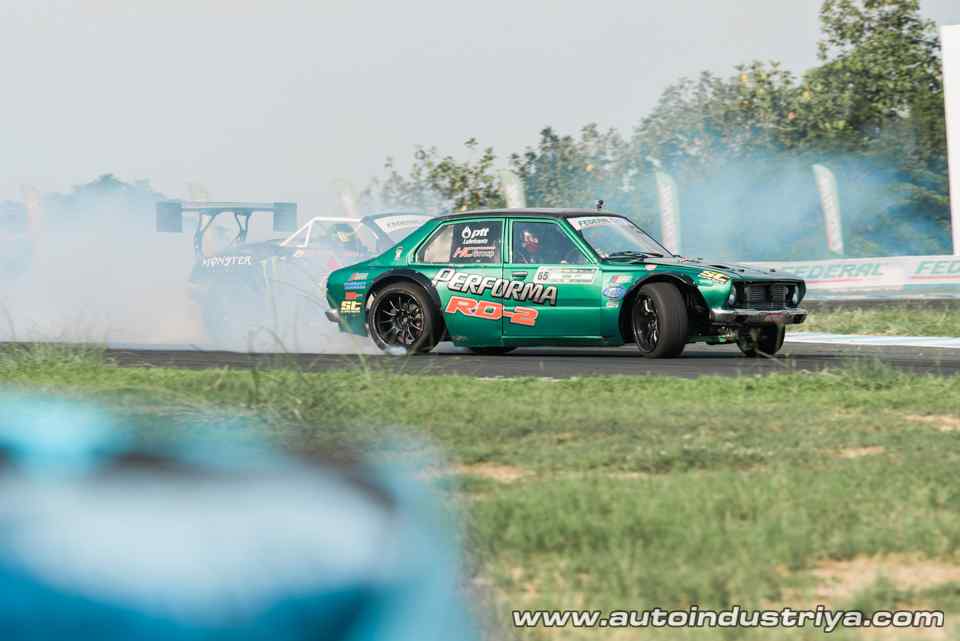 Because of the power difference, it also showed the gap between the local talents when it comes to outright power of their cars. Most local cars had 400+ horsepower, with a select few breaching the 500 or 600 horsepower marks. During practice, if a local and international driver were paired together, it didn’t seem like a tandem run; it looked more like they had two separate practice runs. 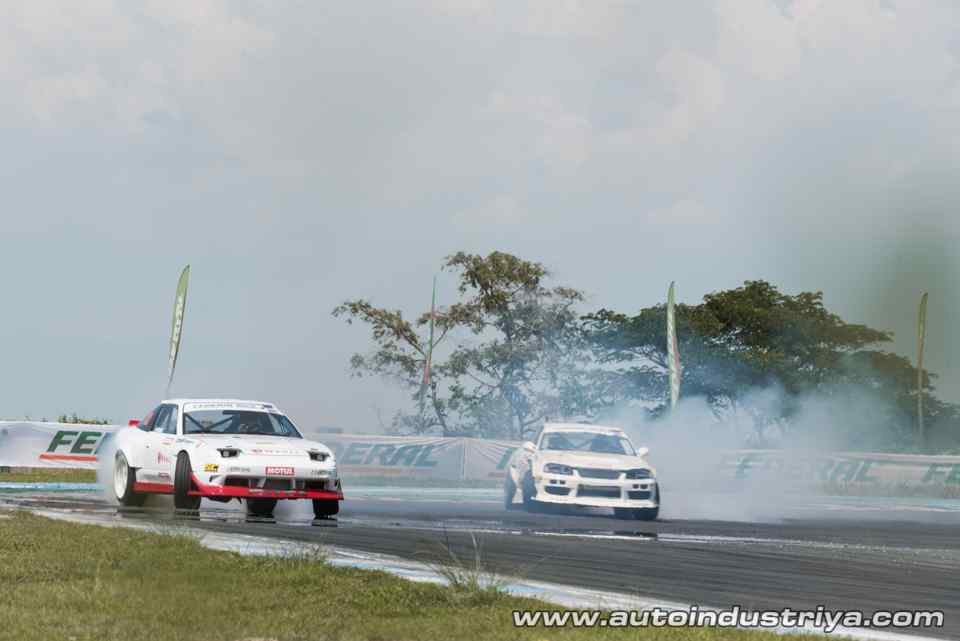 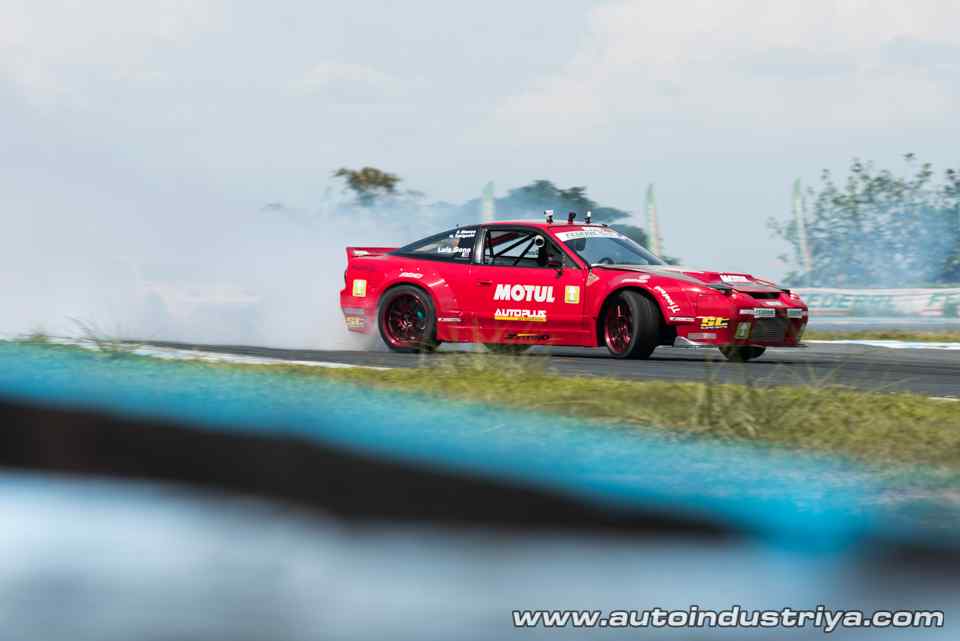 Though I did say local drivers often found themselves lagging in power, there were exceptions. Luis Gono, David Feliciano and Hans Jimenez to name a few, managed to take a close fight to some international talents both in qualifying and competition. 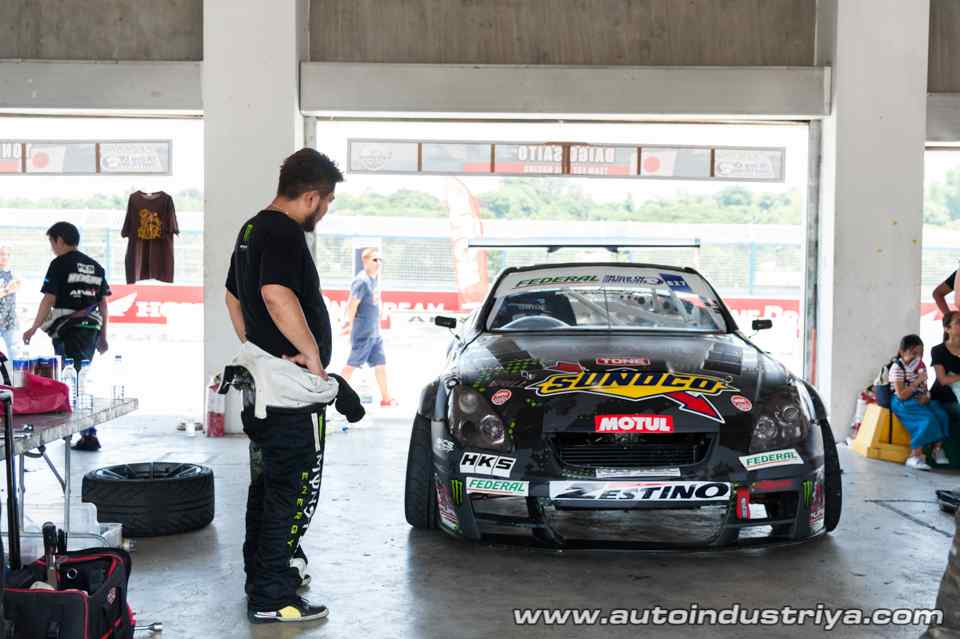 For just a Php 100 ticket, it gave you a somewhat all access pass throughout the circuit. This allowed you to go up to your favorite driver and take a photo of them and their cars. In most sanctioned drift competitions elsewhere in the world, it would be nearly impossible for a random spectator to enter a team’s paddock without a media or VIP pass, much less ask for a selfie with the drivers minutes before they prepare for qualifying.

Parking's ridiculously expensive at Php 200 though... 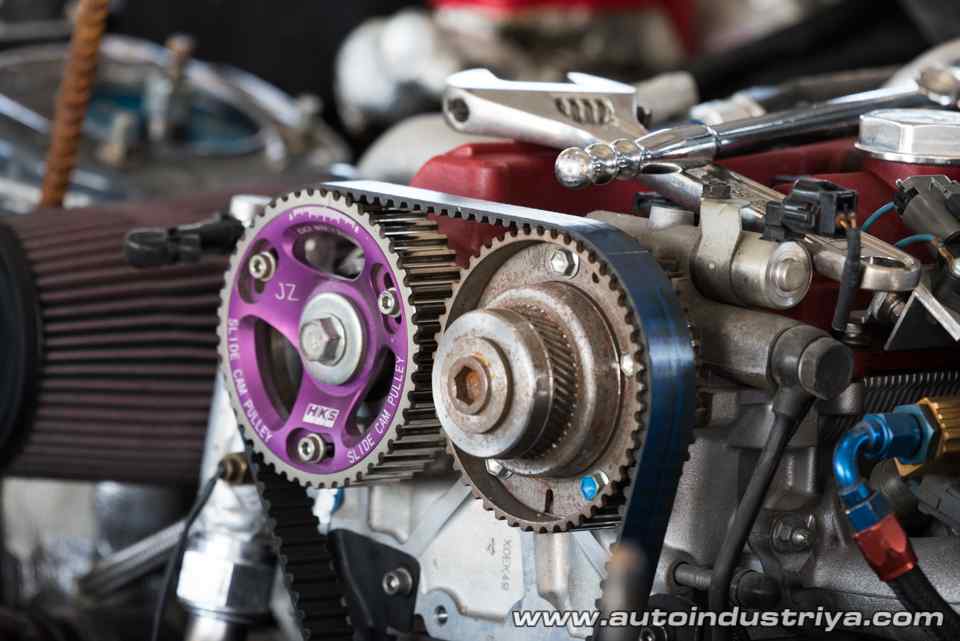 The ticket also allowed you to see how international teams worked on their vehicles and how efficient they are. Those curious with mechanical works can even peep under the hood and under the car to see what running gear they use. If you were lucky enough, you could even be taken for a spin by some of the drifters. 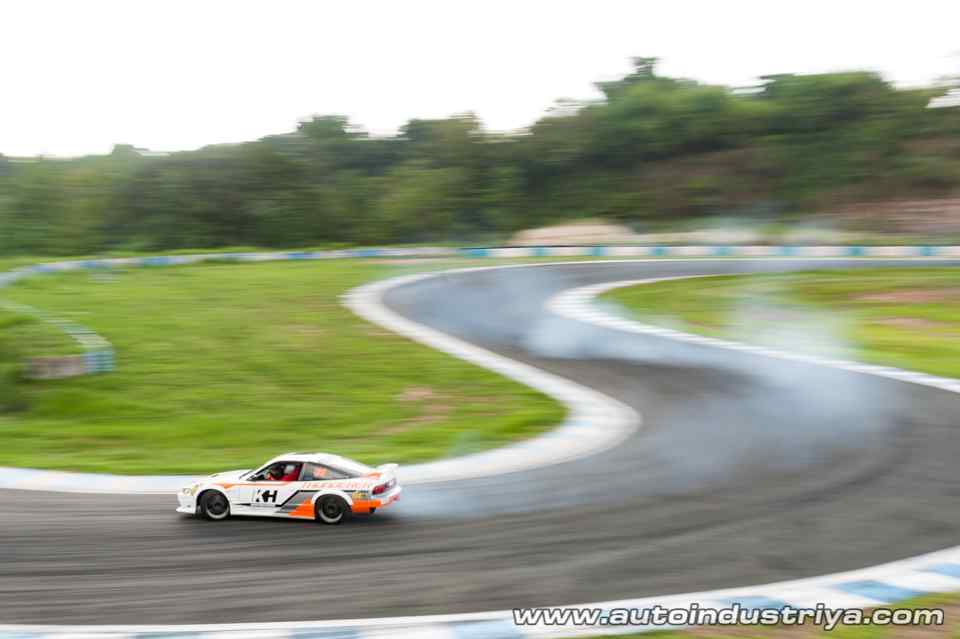 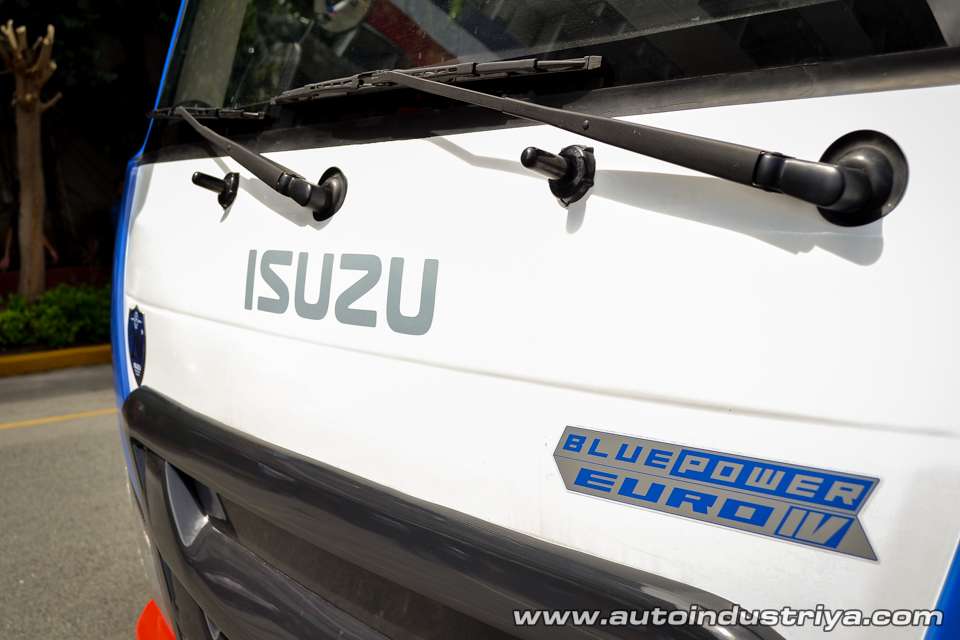 The next King of Nations is expected to bringing more smoke and excitement to Clark International Speedway, and given what we saw, heard, and smelled, it's definitely worth the trip and the price of admission.

From preparation to checkered flag, joining an endurance race has its highs and lows but it's all worth it when you reach the end