For a lot of people, Formula One will be their idea of what the pinnacle of motorist is. But in reality, there are a lot of other competitive forms of motor racing out there that are just as challenging and exciting, such as endurance racing and rally, depending on who’s telling the story or in the driver’s seat.

We get to talk to one of the newest players in the endurance racing circuit — Ate De Jong, a Dutch national who recently formed Philippine-based PRT (Pinnacle Racing Team) or PRT Racing for short.

He shares his motorsport project which started in January of 2015 after having been interested in it since he was young. 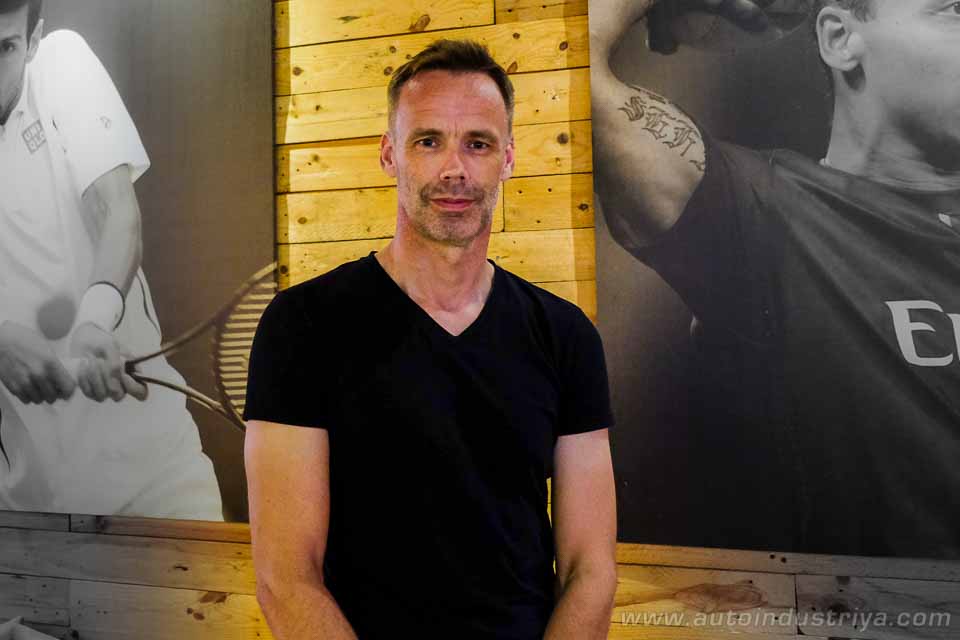 BC: Was racing part of your early life?

ADJ: I didn't get to do a lot of racing in my life. In my father's farm, we had a car and we took it out from time to time. It was a Fiat 500 and I was about 10 years old at the time. I also did some dirt bike racing, but since then, nothing. When I was a kid, I saw the Mercedes-Sauber C9 on TV, my dream car; I told myself I’d like to drive something like that when I grow up.

BC: How did PRT Racing come about and why the name?

ADJ: This plan started as far back as January 2015 when I met KCMG Racing’s John O’Hara in Clark International Speedway. My business is in online gaming and our website is Pinnacle Sports, hence Pinnacle Racing Team or PRT.

BC: Why run with the Philippine Flag for the team?

BC: How did you officially get started in racing?

ADJ: I started officially with Vios Cup. I met JP Tuason in Clark where I did a basic course in the racing school. He saw my enthusiasm and potential and told me that they still had a car available, which then led to an introduction to Lee Junia of Toyota Makati. We met for about five to ten minutes and it was all set. 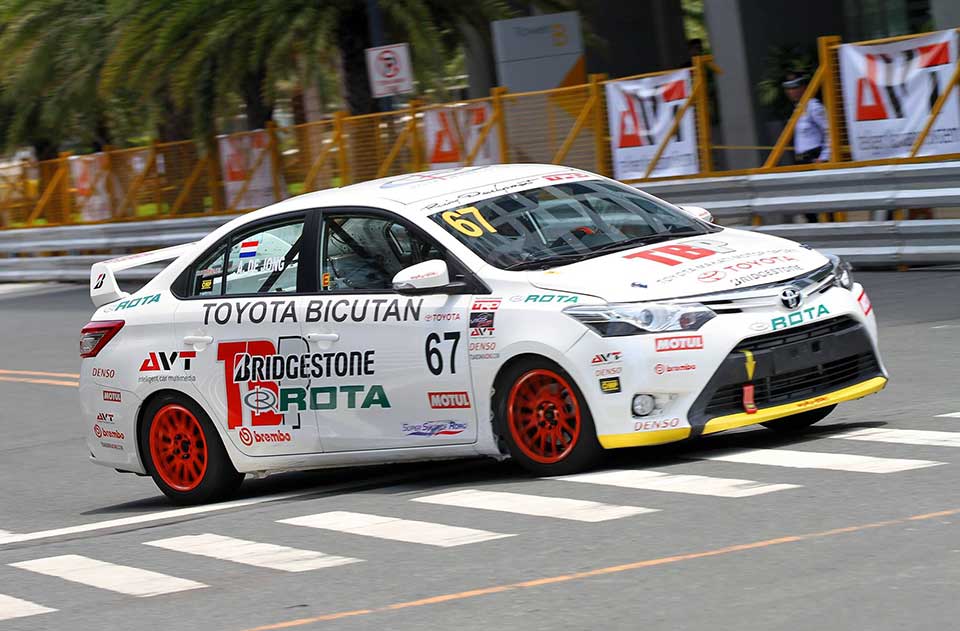 BC: How was your first Vios race weekend like?

ADJ: Right after buying the car, I had to fly out to England for some meetings. I came back on Sunday, the week before the race, then did the Class B test a couple of days after. Got my license the very same week after some intensive medical tests by the AAP (Automobile Association of the Philippines) as I’m aged 45. I missed the first practice on Wednesday and I was back on the track in Clark that Friday. My first lap time in the Vios was 2:29, with lap times of the previous season at 2:26 and thought it was reasonably close; being my first real outing with limited practice.

But then in the race, where they classified me with the Promotional Class, it was totally different. There were people watching and I was running alongside other cars. 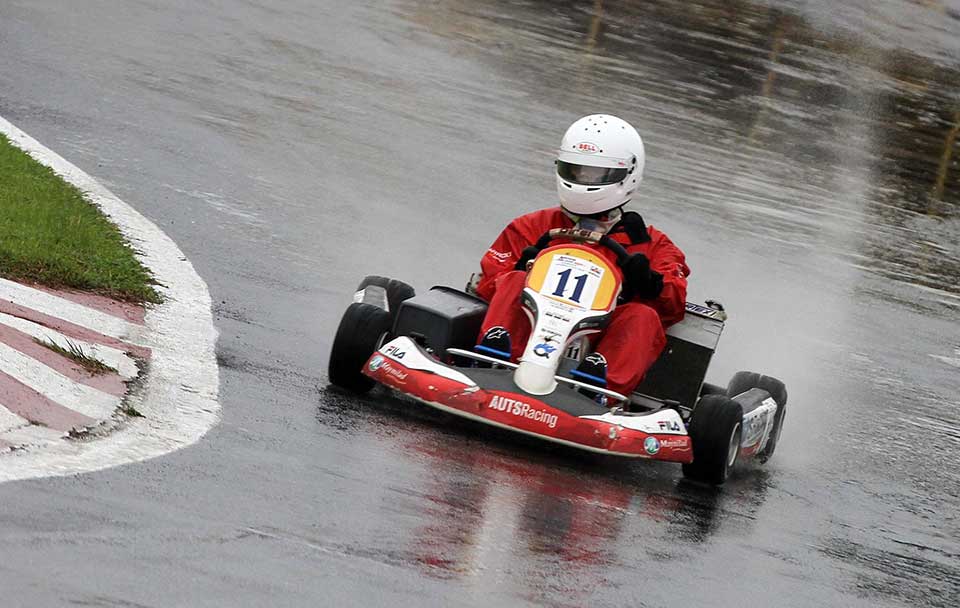 BC: What did you do after this?

ADJ: In order to improve my driving, I had to do something else because my goal is to become better. So through John (O’Hara), I got in contact with Indy Villalon of AUTS Racing and started karting with them in Carmona and went from there. I was coached for 1 to 2 months, then I learned by myself.

I saw my driving steadily improve with better lap times and a pace with the rest of the grid. My best result was in Subic with 10th place. I had a good team with Makati and very good mechanics. But I felt that I wanted to go further.

BC: What happened next?

ADJ: Early 2016, John (O’Hara) asked me what I wanted to do the next year and I said I wanted to try out open wheel cars and consider running in the Formula Masters China Series. I did a couple of tests in Sepang and I really learned how to drive something I could call a real race car. Gary Thompson became my race coach and after every session, you see telemetry and data and he tells me how I can be faster and that is where I really progressed. I did tests in Sepang, Shanghai, Zhuhai, and later on, did test with an LMP3 car and Asian V8.

BC: What got you into LMP3?

ADJ: First time I stepped in a LMP3 car in Sepang, I was completely sold with the car. I just wanted to race it. I worked really hard to get my license just to join the 2016 Asian Le Mans. We were also quite lucky that Ginetta had an available car as it takes them months to build one.

BC: So I’m guessing you flew straight to the factory to pick up your car?

ADJ: Yes, that’s what exactly happened next. In February, I flew to Ginetta’s facility in Leeds, England. The Asian Le Mans season was coming up and we had to get the car to Asia in time for it.

The feeling was absolutely phenomenal when I first saw the car brand new. I was introduced to my teammate Charlie Robertson, a driver recommended by Ginetta. I hopped in for a few laps at Blyton Motorsports Park, the car was initially loud at 150 decibels and I was called in and told we had to put the restrictor on.

Charlie then did a quick shakedown with the car, while the factory team worked on a good set up for the car within an hour.

BC: How big of a difference between Touring cars to LMP3?

ADJ: The power difference is huge! To familiarize with the power back at home, John (O’Hara) suggested I use my Jaguar F-Type R in Clark, a very powerful car with 550 PS and 750 Nm of torque. Along with Gary (Thompson), I did one day at Clark just to drive and improve my technique. I like to do things proper, so I think this was a rather proper preparation.

BC: So you've had very little seat time with the car before the actual race?

ADJ: I’ve had only four hours altogether. All the actual practice was done on the race weekend itself. I am joined by my experienced and talented co-driver Charlie Robertson who won the European Le Mans LMP3 class championship last year with Sir Chris Hoy. 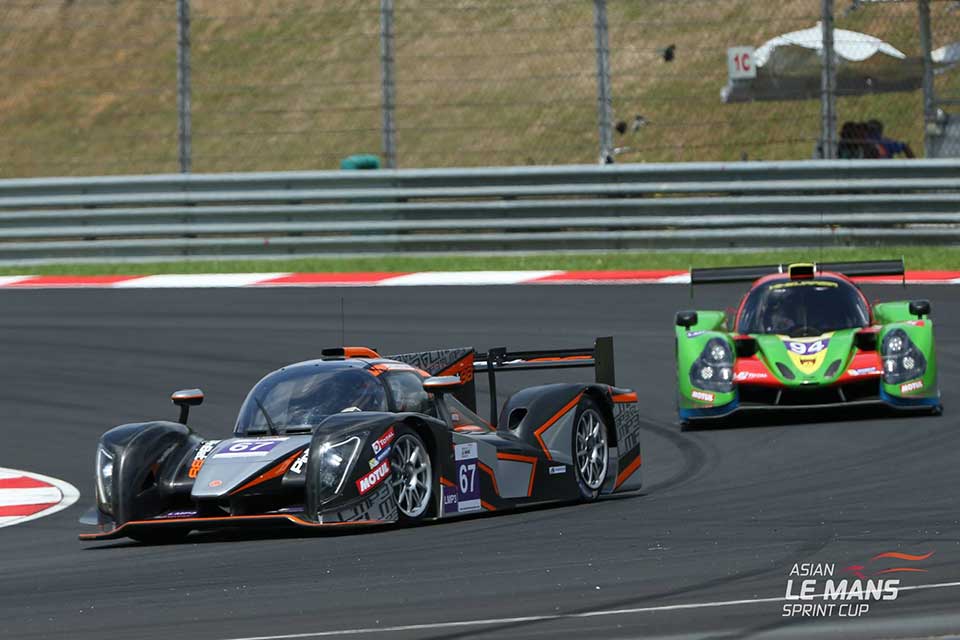 BC: Can you describe your first race weekend?

ADJ: I think we have a good team put together. Just like in business, when I'm setting up a team, I want everything to be perfect; done smoothly. John functions very well as our team manager, while Gary is an excellent race coach. This first week, I saw already that it was all good.

I'm very happy with the whole staff and crew and the car came with upgrades already for the race. I’ve only started dealing with Ginetta after buying my car last February. They sent two engineers from the factory with my team mate (Charlie Robertson); I must say they are very cooperative. They really aim for Ginetta to be a success in Asia. Oreca has proven to be a very valuable partner as well, being the engine, electrical and gearbox supplier.

Contrary to popular belief, it is a very nice atmosphere in this racing scene. For example, one team had a problem with a drivetrain, the other with bell housings so they just exchanged parts. Everyone is very helpful.

We got third place in our very first outing. I could not hope for anything better than this. I am fortunate to say that I have John O'Hara and Ginetta behind me. 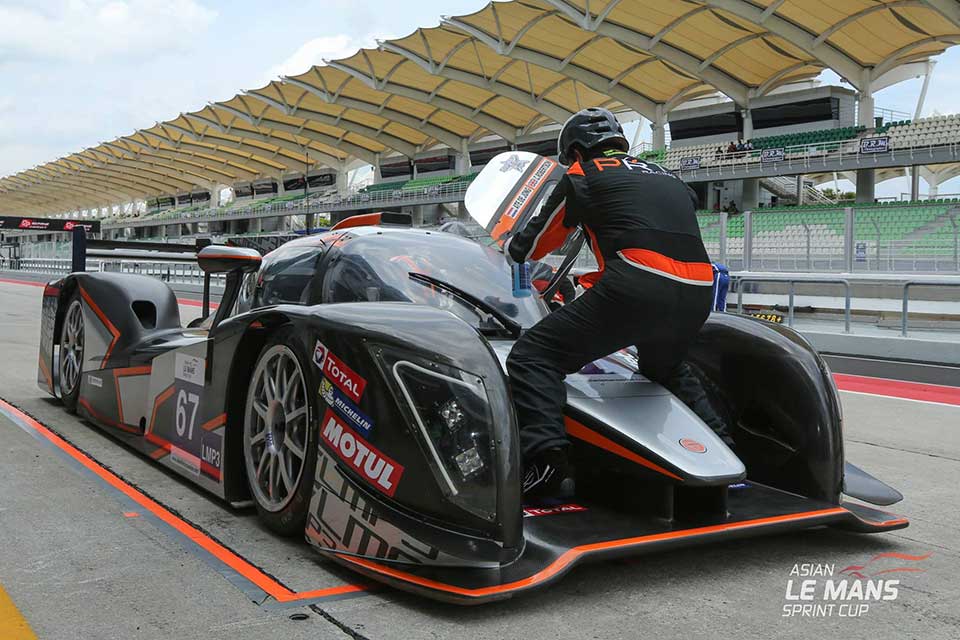 BC: Did you have any expectations coming into your first Asian Le Mans outing?

ADJ: My expectations were to do a 2:08 laptime. On my first day, I did a 2:09 laptime and said we can do better than 2:08. The next day, I did a 2:07. We then changed the settings for Friday. One session was rainy and we had yet to drive the car with a full load of fuel. We had to take note of the extra weight. Friday and Saturday, we had a difficult setup. On race day, I did a 2:05 but with just about 40 liters of fuel. But the tires were 54 laps old, they let go and I spun. But I have to say, I'm very happy and very happy I chose Ginetta.

BC: What do you plan on doing differently for the succeeding races?

ADJ: I really want to focus on my racing and I think in Sepang, I proved to myself that even with limited experience, with proper preparation, I can be on a competitive level within four to five months. I only have a seat time of 4,000 kilometers. For me, it's all about confidence but I still cannot compare myself to the other drivers.

I do have to say that Charlie Robertson has been a big help. He has been with Ginetta since he was 15 and he knows the ins and outs of Ginettas. LMP3's also do not have traction control but what I learned is how you brake, the speed you carry and how quickly you can get on the power. Testing really helps you to enhance your driving. If I wait until the next race to progress, I will not go forward.

BC: How do you prepare off-track?

ADJ: I started yoga in February to improve my concentration. In the Sprint series, you sit for around 25 to 30 minutes in the car but for endurance, you have to do double stints meaning 45 minutes to an hour and a half and you have to be focused. I also do two strength sessions a week and two boxing sessions a week.

BC: What are your future plans?

ADJ: My plan for the next two years is to stay with LMP3. Depending on how it goes this season and next season, I plan to move up to European Le Mans LMP3 but ultimately my goal is to compete in the 24 Hours of Le Mans.

At this moment, I can say I am living my dream. I call myself very lucky and my wife allows me to do this. My wife is very supportive. For sure in Zhuhai, they (my family) will watch.

Prototypes have always been my dream and my dream came true. It's just the start and I need to be at a high level in two years. That is my goal.

Nissan GT Academy's first winner takes us through his story, from racing in the virtual to driving at Le Mans

Immersing in the sights and sounds of the Clubman Racing Series