Gran Turismo Academy: Giving the average Joe a chance to be a full-time racing driver. If anything, GT Academy has opened the doors for aspiring virtual racers to drive the real thing or for those seeking their big break in motorsports. Since 2008, GT Academy has produced winning racers such as Jann Mardenborough and Lucas Ordóñez, the competition's first winner. Since his GT Academy win, Ordóñez has bagged several prestigious titles under his belt from scoring a podium in his very first race to becoming a Nurburgring 24 Hours class champion.

So how did Lucas' journey from controller to race car begin? We sit down with him as he shared to us his journey to become a racing driver.

“Before GT Academy, my dad was in love with race cars and tried to race in rally cars and my brother also joined karting and I tried it out as well in the late 90's. I always wanted to be a racing driver and thanks to my dad, he gave us the opportunity,” said Lucas. He added that they tried to go professional but financial limitations put a hold on such plans. When GT Academy opened in 2008, Lucas gave it a shot. 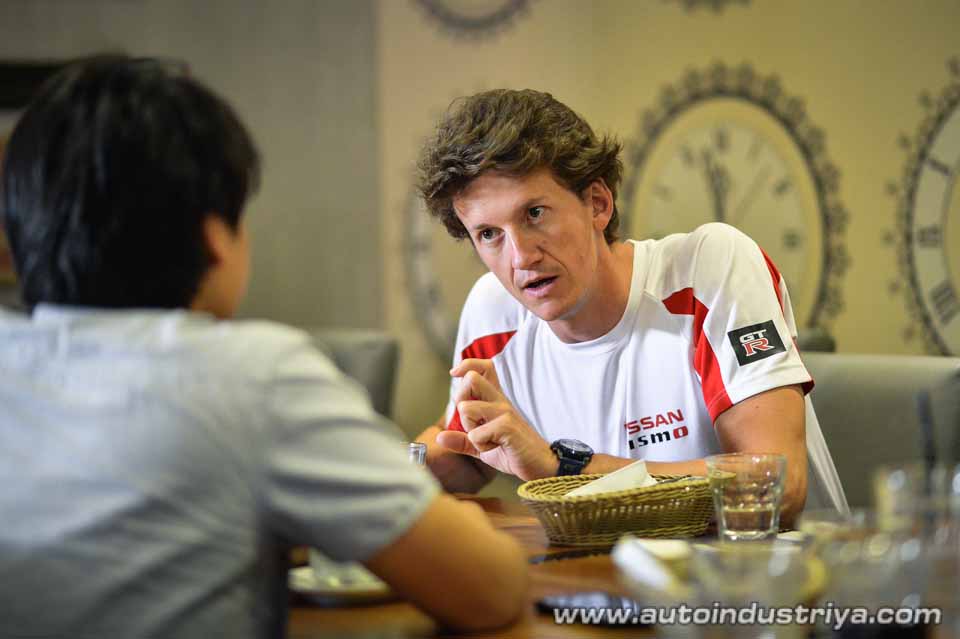 Lucas went into GT academy not just to see how far he will go. He set his mind into winning the competition, saying “This is the chance of my life. My opportunity for a racing career and I went for it.” After a month of competition, Ordóñez soon found himself in Silverstone. While he was in the top six, he admitted that he felt an immense amount of pressure and made a mistake on race day. Fortunately, he was able to recover and win the race.

The win meant Lucas was now a factory driver for Nismo, Nissan's motorsport division and that is where the hard work began. More vigorous training was needed before he could be able to go wheel to wheel with race cars. He entered the European Le Mans Series, racing in Silverstone and Sebring. He was soon thrusted into the seat of an LMP2 prototype in Le Mans.

When asked if Gran Turismo can be applied in real life racing, Lucas said that it does help not just for the drivers but also in setting up the cars as well. “Gran Turismo helps me train for long stints to develop concentration and focus. Many people think its just a game but it depends how you use it,” said Ordóñez. He adds that it helps him being consistent in laptimes. He did say some lines can be applied in the game in real life but noted that trying those lines, such as running over the curbs, may damage your car, a big factor in endurance racing. 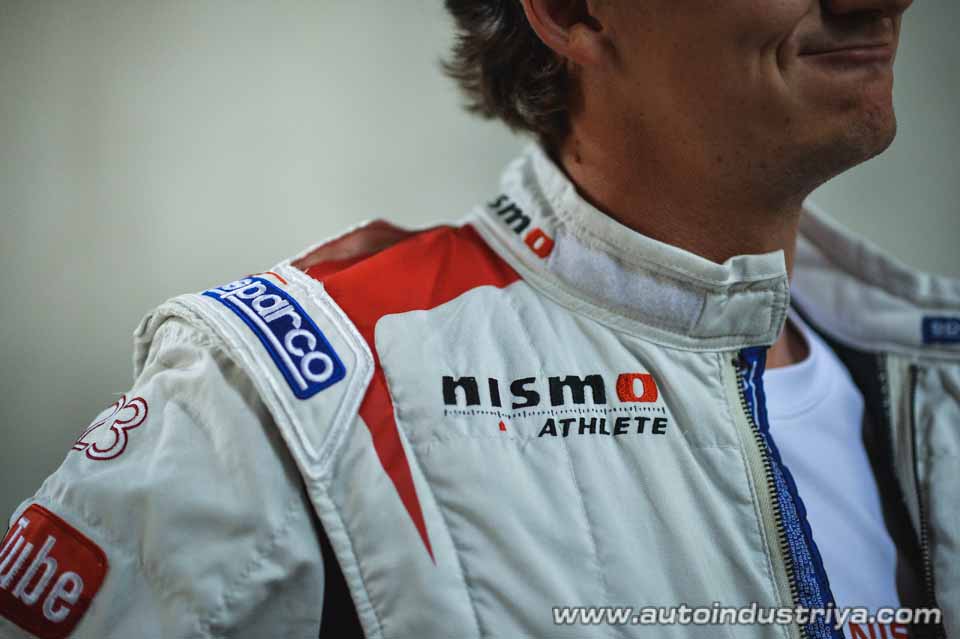 Lucas was also gave kind words about the endurance racing community. “You have to be a good team player and team mate,” he said. “It's not always about 'Me'. You think of the team all the time and to have a good relationship with everyone. If you don't have a good relationship with the team, the bosses will separate you.” Overall, Lucas said the atmosphere in endurance racing is a lot friendlier than in single seat racing. Back to endurance racing, a race weekend starts early says Lucas, saying that preparations are mostly for the 24 Hours of Le Mans. It goes as far as more physical training for the drivers and even dieticians to suit the driver's food preference and keep the driver's fitness levels up.

Coming from GT Academy, Lucas shared to us the challenges he faced when he first competed in Le Mans. “There was a lot of media wanting to interview me. I remembered Tom Kristensen (9-time winner at the 24 Hours of Le Mans) approaching me and said 'This is your background?'”, much to our amusement. There were a lot of doubts as Lucas came from relatively humble beginnings but he and his team was able to finish second in his debut, saying "it was the race of my life." He followed it up with a third place finish two years later. He also left his mark in the 24 Hours of Nurburgring, winning the SP 8T class alongside Gran Turismo creator, Kazunori Yamauchi.

He also shared to us his biggest crash, one which involved 10-time World Rally Champion Sebastien Loeb. “Loeb was in the pits to serve a penalty. Sebastien went flat out (exiting the pits) and went on the inside, into the grass. He thought he was rallying,” said Lucas, laughing as he recalled the story. “He went straight into another Mercedes, pushed that car out and there were now three cars spinning in front of me. I couldn't go anywhere else and I crashed into the door of the Mercedes.” 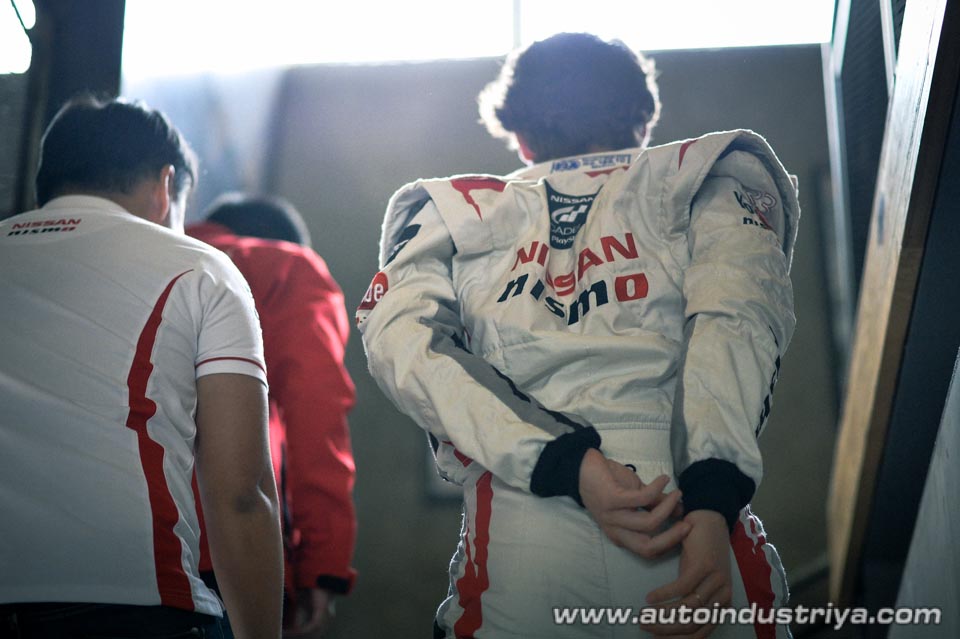 There are a lot changes and sacrifices to be made when you become a full-time racer with Lucas saying it will be the biggest change of your life. “You have to be ready to be separated from your family for months. It is a completely different way of life. You also also have to prove to the team that you want to be a Nissan factory team driver,” said Lucas.

Before we parted ways, Lucas also gave some words of advice for this year's GT Academy applicants. “Train on the Playstation, as well as physical fitness. You may be the fastest driver on the Playsation but if you are not fit enough, you will have a difficult time in GT Academy. To achieve your goal, you have to work hard, prove yourself and believe in yourself, ” said Lucas.

With wins in Dubai, Nurburgring, Thailand, strong finishes in Le Mans and various endurance races, it's safe to say that Lucas Ordóñez has proven himself as a highly competitive race car driver. It's not easy being a racing driver but his story shows us that there one should take every opportunity to realize your dream. You may become a full-time racer if you persevere.

Jann Mardenborough on how it’s like to be the youngest-ever Nissan GT Academy gamer to racer.

We talk racing with a Philippine-based Dutchman who just started his own endurance racing team.