Automobili Lamborghini presents a package of power and performance with the unveiling of the new Huracán LP 610-4 Spyder at Frankfurt International Motor Show.

The top-down version brings all the positive elements of driving the Huracán LP 610-4 while stirring the emotions that come with open-air driving.

“The Huracán LP 610-4 Spyder is the next chapter in the success story of the naturally aspirated V10 Huracán, and continues a Lamborghini tradition of open air motoring. The Huracán Spyder combines the innovation, performance and appeal of the Huracán coupé, with new technologies and an added emotional dimension. Its predecessor, the Gallardo Spyder, was the best-selling open top model in Lamborghini’s history: we expect the Huracán Spyder to exceed its predecessor in every way,” says Stephan Winkelmann, President and CEO of Automobili Lamborghini. 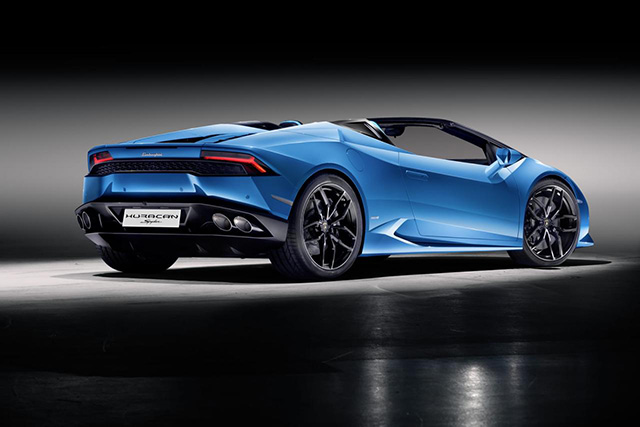 Using a lightweight, electrohydraulic soft top that comes in three colors (black, brown and red), the new Huracán LP 610-4 Spyder takes only 3.4 seconds to get from 0-100 km/h before topping out at 324 km/h. Power comes from a naturally aspirated 5.2L V10 engine that produces 618 PS and 560 Nm of torque.

The new Spyder now comes with new technical features including ‘cylinder on demand’ in combination with ‘Stop-Start’ technology, and a new electronically controlled all-wheel drive set-up for even improved driving behavior.

Opening the top takes only 17 seconds by pushing a button on the central tunnel while the vehicle is under 50 km/h. Two movable fins pop out when the roof is down, ‘defining the design of the open car’ while two removable lateral wind guards dampen the aerodynamic pulsations allowing passengers to have a conversation even at high speed. 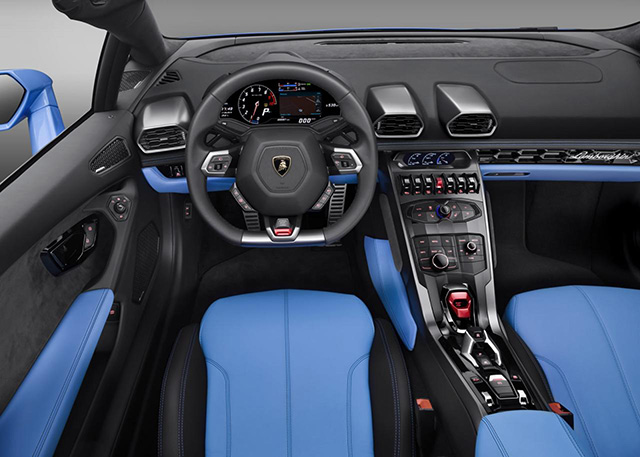 The hybrid chassis, which uses aluminum components, has 40% better torsional rigidity than the Gallardo while giving it a dry weight of just 3,399 lbs) and a power-to-weight ratio of 5.57 lbs per hp. Downforce has also been improved by 50% compared to the Gallardo.

Using Stop-Start technology and cylinder on demand, i.e. the deactivation of one cylinder bank under partial load, its ECE standardized fuel consumption is a mere 12.3 liters per 100 km while reducing CO2  emissions by 14% compared to the Gallardo Spyder.

Like the coupé, it comes with ANIMA switch (Advanced Network Intelligence MAnagement) that provides three different programs, Strada, Sport and Corsa.  Each setting has an impact on the characteristics of the engine, sound, transmission, all-wheel drive and ESC handling system. 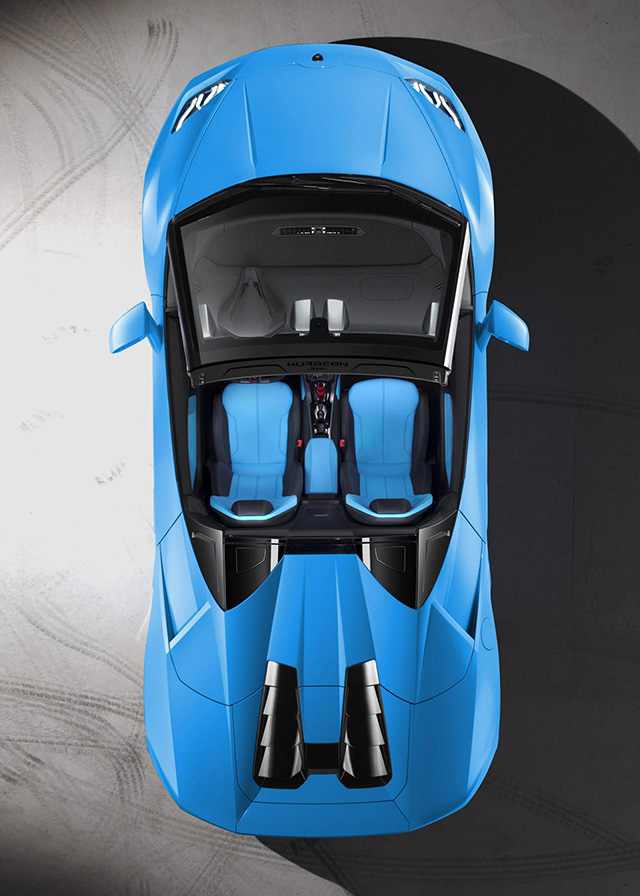 It takes a lot to stop all this power, which is why the Huracán Spyder comes with front discs measure 380 millimeters (14.96 in) in diameter and, as an option, can come with the owner’s choice of colors.

As an option, owner can also get it with LDS (Lamborghini Dynamic Steering) system, which adapts its ratio to the road speed, and magneto-rheological damper control, which changes the damper characteristics in accordance with driver preferences and driving style.

The completion of the NAIA elevated expressway and the Skyway Stage 3 project will be delayed due to right-of-way issues and other construction problems.