Aston Martin is often associated with sporty two-door coupes such as the Vantage, Vanquish, and DBS. However, those models aren't the most practical cars to bring around town.

The design of the DBX is heavily influenced by the current lineup of Aston Martin models. Specifically, it looks like a high-riding, four-door Vantage. Unlike the Vantage, the DBX does have plenty of space inside – enough for five people actually plus any cargo or groceries. Despite that, it doesn't scrimp on any luxury features and amenities. Most of what you'd find in a Vantage or DBS you'll find in the DBX. 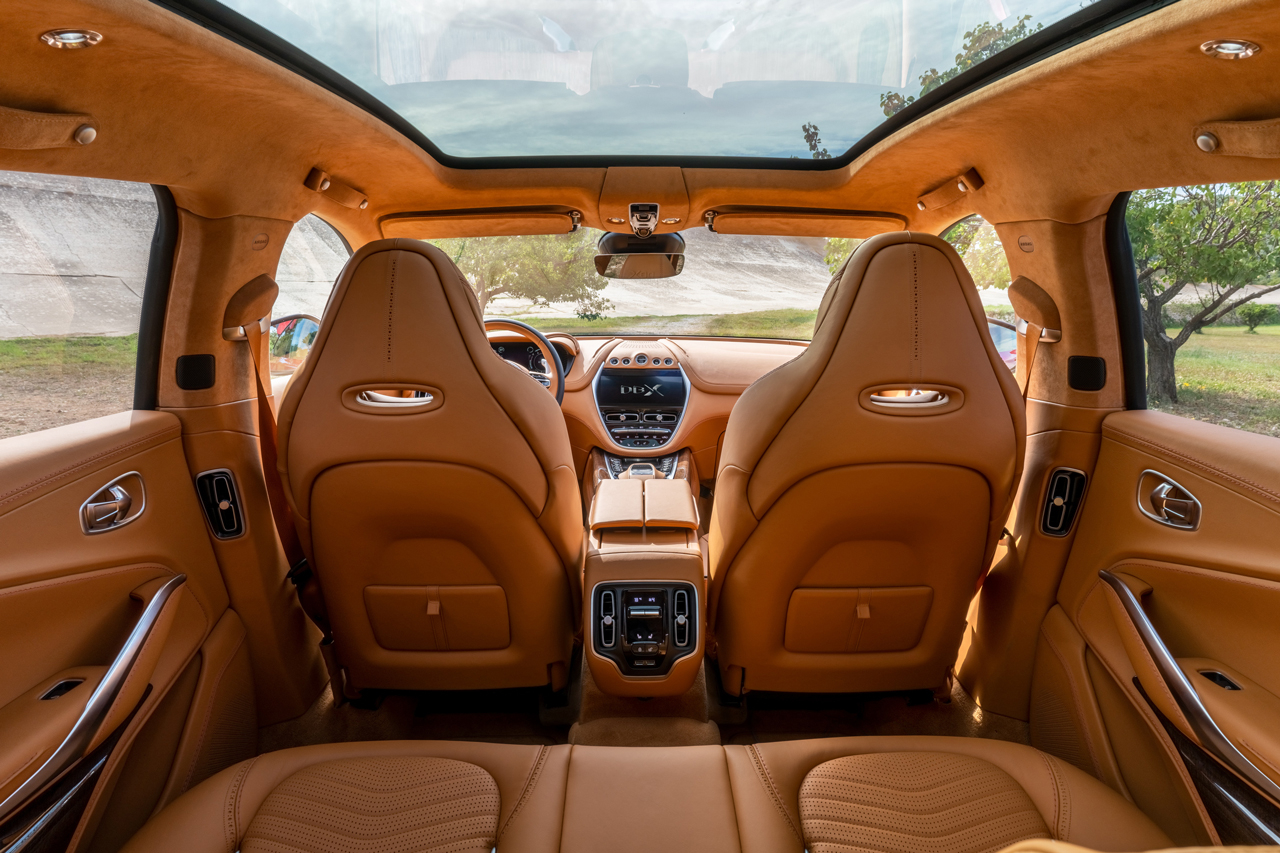 Powering the DBX is a 4.0-liter bi-turbo V8 engine, the same one used in the Vantage. However, Aston Martin bumped up the output to 550 horsepower and 700 Nm in their SUV. A 9-speed automatic gearbox then sends power to all four wheels.

An active central differential, an electric rear limited-slip differential, and advanced electronics ensure traction no matter the terrain. Yes, this Aston Martin can be taken off-road.

Since the DBX is an SUV, you'd assume it won't handle as well as its sportscar counterparts. Surprisingly, that isn't the case. According to Aston Martin Manila chairman and president Marc Tagle, the DBX drives like a sportscar. He says that if you put the car in sports mode, it will still corner flat. With that in mind, we're wondering what times it could set at Clark International Speedway.

Interested in Aston Martin's most practical model? The 2022 DBX retails for PHP 24.5 million, but there is a base model that costs significantly less. Mind you that price doesn't include options under the Q program yet. Considering its high price, Tagle says that they only expect to sell a modest 5 units of the DBX this year, but given the company's attention to customer service, we expect that to grow in an SUV market.

“I always tell my guys to treat every customer car as if it was my car,” adds Tagle, emphasizing the customer service of the brand.