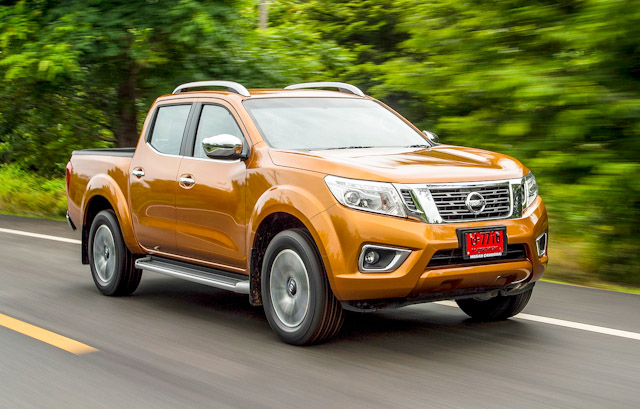 With pick-ups accounting for one-third of total LCV sales globally, Renault decided they wanted in on the growing market conveniently tapping alliance partner Nissan for the NP300 Navara. It will also underpin a Mercedes-Benz badged pickup via a partnership with the Renault-Nissan Alliance.

The Alaskan Concept features robust, athletic and cutting-edge styling to for both business and lifestyle pickup users. While the concept appears to have more chiseled body panels, the actual production form might look closer to the Navara. It features prominent Renault logos on the grill and tailgate, generous application of LED lighting and is finished off with 21-inch wheels wrapped with all-terrain tires.

"The styling of the ALASKAN Concept sticks to the rules of the pick-up segment, including impressive dimensions and a visual sense of power and robustness. At the same time, we have dialed in specific Renault cues in the form of an attractive, status-enhancing front-end design," says Laurens van den Acker, Senior Vice-President, Corporate Design.

Under the hood will be a longitudinally-mounted 2.3-liter twin turbo diesel inline-4 engine inherited from the Master van with a range-topping variant rated at 163 PS and 360 Nm of torque. It will likely be mated to either a six-speed manual or six-speed automatic. Exact performance figures for the Alaskan Concept's powertrain has yet to be revelaed.

Renault has also partnered with Swedish photo company Hasselblad for the Alaskan Concept for its adaptability to three different target uses: business, leisure and everyday motoring.

Renault says it is positioning the new model as a high-end pick-up and plans to unveil the production version of the Alaskan Concept by the first half of 2016.